MISSOULA — Gordon Ray Laridon, 82, passed away early the morning of Dec. 17, 2019. He was born Dec. 22, 1936 in Hamilton to Nethelene and Gordon Laridon. He married our mom, the love of his life on Nov. 21, 1959. After retiring from the Montana Department of Transportation/Bridge Division, he continued working in construction and as a contract bridge inspector for the BIA. During his lifetime Gordon had many interests. He loved music and taught himself to play several stringed instruments beginning with the banjo. He had a passion for flying and became a private pilot. He was an accomplished artist spending much of his time painting in his home studio. He enjoyed studying history, the company of friends, traveling and especially time with family.

A celebration of life was held on his birthday. 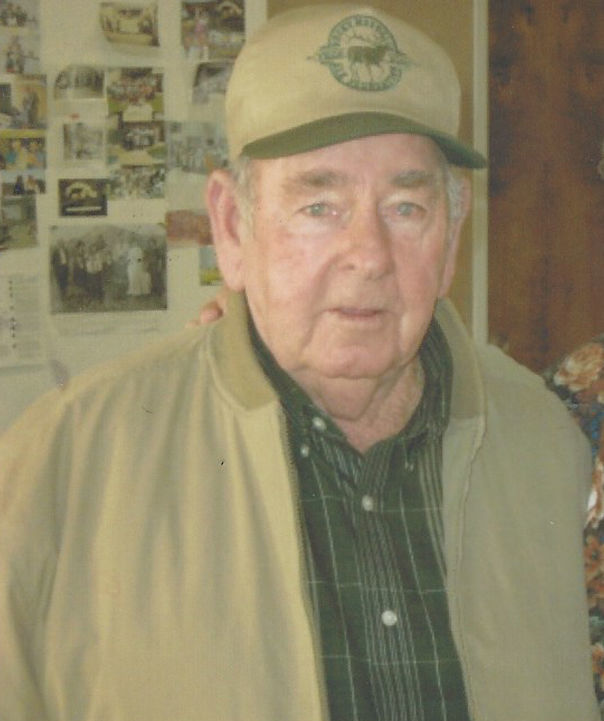 Don was born on June 23, 1932 in Porterville, California. He served in the U.S. Army during the Korean War, ranking Sgt. E5. He married his sweetheart Caroline Ledford on Oct. 21, 1956 and together they went hand in hand until her passing on December 23, 2012.

His career as a contractor and owner of Trout Concrete Company extended over 30 years until his retirement in 1995.

Don and Caroline moved to Stevensville in 1996 where they enjoyed the beauty of the Bitterroot Valley. Don loved to fish and hunt, and most of all telling his stories.

Don and Caroline had four children: Doug Boyd, Les Boyd, Pamela Boyd and Patricia Dorhman. He is also survived by 11 grandchildren and 15 great grandchildren and numerous other family and friends that share the memories of his life.

Services will be held on Monday, Jan. 6, 2020, at 11 a.m. at the Whitesitt Funeral Home in Stevensville. Interment with military honors will follow at the Riverside Cemetery. Condolences and memories may be shared with the family at whitesittfuneralhome.com.

HAMILTON - Grant A. Naylor, 73, of Hamilton passed away Wednesday, Jan. 1, at his home of natural causes. Arrangements are under the care of the Daly-Leach Chapel. MISSOULA — Missoula lost one of its best friends and musicians in the early morning hours of New Year’s Day, Jan. 1, 2020, due to a tragic automobile accident. Micki Singer loved Missoula’s music community. He was more than a drummer. He was a true musician, and a great band member who always helped his fellow musicians out.

Micki’s first love, of course, was Jazz. He frequently played with the Basement Boys, Micki’s Allstars, Kimberly Carlson, and others. He was well-known as a drummer in The Lolo Creek Band, The Soul City Cowboys, UFOkies, Zeppo, Party Trained, and Strange Brew. He also played music in Hamilton and the Ravalli area, where his mother, Z’eva Singer, resides. Micki’s latest passion project was hosting the Local Exposure radio show on Missoula’s KBGA, 89.9 FM, where he enjoyed showing off his friends’ musical talents and helping up-and-coming musicians.

Micki had a very large presence in the community. He affected so many people through his ability to connect fellow musicians. He just loved music so much that he wanted to see local musicians succeed. Though he struggled with medical issues for most of his life, he never stopped playing music. Even at his last gig on New Year’s Eve, he played the drums one-handed.

Micki was born in Palo Alto, California on Aug. 26, 1956. He moved to Missoula from the San Francisco Bay Area in 2009, and met his life partner, Helena Vlasto. Together, they made their home in East Missoula for the last nine-and-a-half years.

Micki is preceded in death by his father, Mervin “Mickey” Lee Singer. He is survived by his loving mother, Z’eva Singer, of Hamilton; his brother, Daniel Singer, of Altadena, California; his sister, Valerie Singer, of Altoona, Iowa; his stepmother, Marian Singer; his beloved, Helena Vlasto; his stepchildren, Dimitrios and Sofia Tsolakidis; his brother-in-law, John Vlasto; and his favorite dog, Chichi Rodriguez.

RONAN — Laurence R. “Butch” Mikesell, 79, passed away in the afternoon, Tuesday, Dec. 31, at St. Patrick Hospital with family at his bedside. Brothers Mortuary and Crematory are honored to care for the family. Memories and condolences may be shared with the family at www.brothersmortuary.com.

HAMILTON — Bryan Mechling Owen was born Oct. 30, 1934, and died on Dec. 31, 2019, after a long and courageous battle with Parkinson’s disease. Please visit www.whitesittfuneralhome.com to read his full life story. A graveside service with military honors is planned for Friday, Jan. 3, 2020, beginning at 11 a.m., at Sunset Memorial Cemetery. Services are provided Whitesitt Funeral Home.

FLORENCE — Sam R. Hayden, 85, of Florence, passed away after a long battle with Alzheimer’s disease on Monday, Dec. 23, 2019, at Kathy’s Place Assisted Living. He was born March 7, 1934, in Stevensville, the son of the late Art and Jule Hayden.

Sam grew up and graduated high school in Stevensville. He then spent four years in the Navy during the Korean War. On Feb. 27, 1955 He married Florence N. Knopp of Ronan. They lived in Florence in a home they built with their own hands from the ground up. Sam did all the electrical, plumbing, foundations, frame work and finishing with Florence by his side. Nothing was ever hired done, maybe just some experienced advise accepted along the way. Sam retired, at age 59, after 38 years working for Dairy Gold in a variety of jobs, ending as truck driver.

Sam enjoyed anything outdoors in his “free time.” Horses were central to his entire life; training, rodeo and showing, and then in later years, trail riding. At different stages of his life he also enjoyed snowmobiling, ice skating, sledding, hunting, boating and fishing.

Sam is survived by his wife Florence, of Florence; one daughter, Tammy and husband Gordon Eye of St. Ignatius; two nephews and two nieces of Washington state, and one niece, one nephew of Wisconsin.Sam will be remembered as an upbeat, smiling individual always ready to lend a hand to anyone in need. Prior to Alzheimer’s he never met a stranger. All were friends on sight and worthy of a visit. He was a devoted and faithful husband and father, and the kind of friend we all seek.

At his request, there will be no services. His ashes will be placed to rest in the Pleasant View Cemetery in St. Ignatius. In lieu of flowers the family suggests donations to your favorite charity. Condolences and memories may be shared with the family www.whitesittfuneralhome.com. 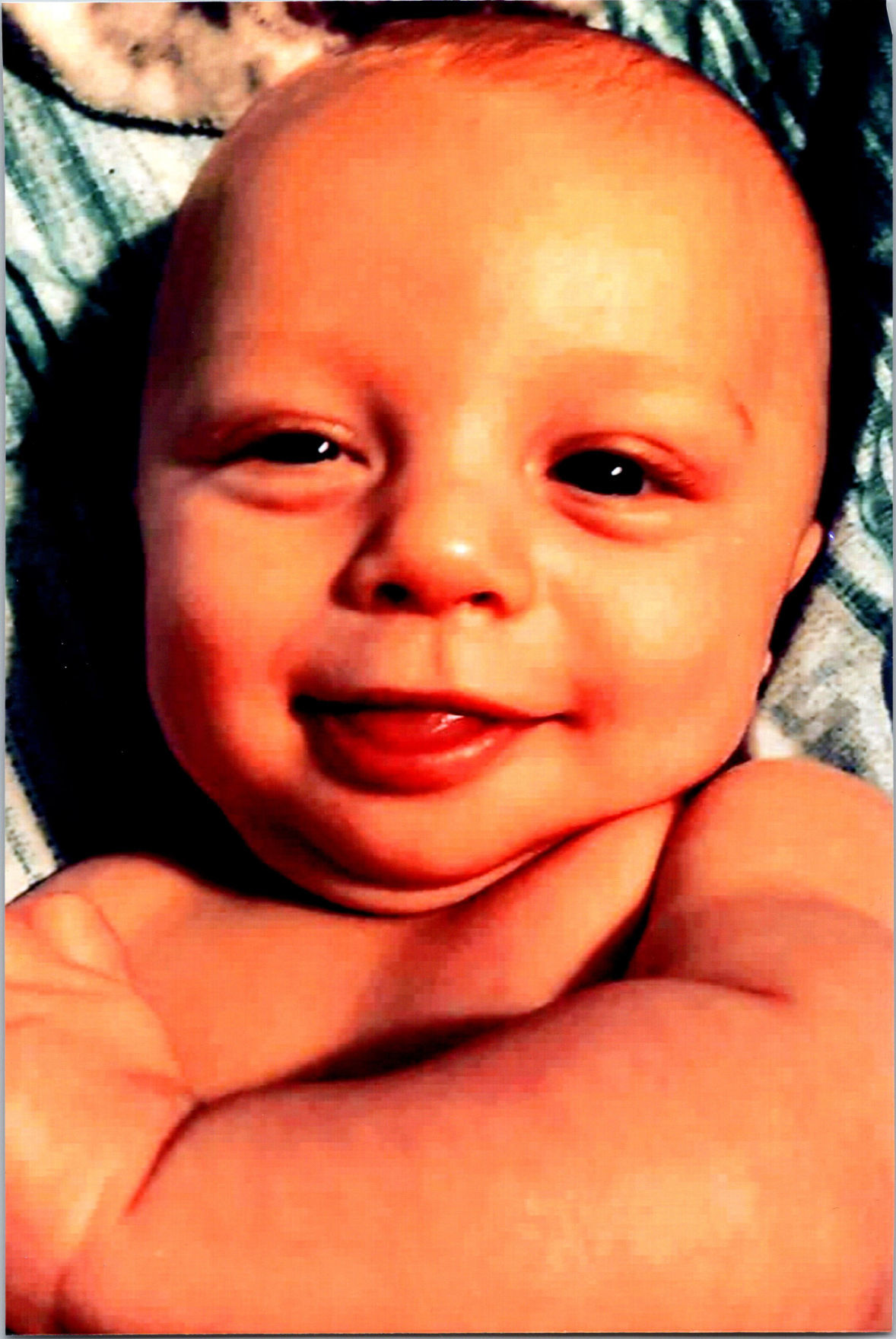 Jaxson, was born a healthy baby boy, on April 6, 2019, in Spokane, Washington, to Mitchell Schmidt and Megan Lee. He loved watching colorful things on TV causing him to make high pitched screams of joy. He loved eating and sticking out his tongue. He enjoyed being outdoors and experiencing the different colors of the world around him. Jaxson was always happy curling up on his daddy’s chest and going to sleep.

The family suggests memorials in Jaxson’s memory to the American SIDS Institute to help with SIDS research. https://sids.org/ways-to-help/donate/.

MISSOULA — Marjorie H. Buecheler, 91, passed away at her home on Sunday, Dec. 29. Arrangements are under the care of Cremation and Burial Society of the Rockies. 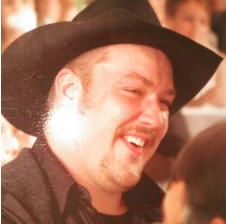 Jacob “Jake” William Smith, age 33, passed away unexpectedly on Sunday, Dec. 22, 2019, at the Glendive Medical Center in Glendive. Cremation has taken place and services will be held at a later date. Silha Funeral Home of Glendive has been entrusted with the arrangements.

Jake was born on Jan. 25, 1986, a son of Thomas Smith and Beverly Struble in Wheat Ridge, Colorado. They lived in Colorado until Jake was nine and the family then moved to Darby, Montana, where he was raised and educated. Jake graduated high school from Darby High School with the class of 2004. After high school he worked as a logger for two seasons and then for a log cabin manufacturing company in the Bitterroot Valley. He moved to Wibaux in 2007 where he worked for in the oilfield until 2014. Jake then went to work for Gibbs Equipment in Glendive and worked there until the time of his passing.

He started his journey as a father when Rylee and Jarrett were born in 2009 and his family was completed in 2014 with the birth of his daughter McKenzie. In 2011, he met the love of his life Sarah Johnson and they’ve been together ever since. The two things that Jake loved most in life were his family and hunting and the two always went together. Jakes whole world revolved around his family. He was full of love and kindness and he was always willing to help someone else in need. He touched many lives and will never be forgotten. Jake, his sense of humor and the way he could light up a room with just a laugh will be missed.

He was preceded in death by his mother, and his paternal and maternal grandparents.

Remembrances and condolences may be shared with the family at: www.silhafuneralhomes.com. 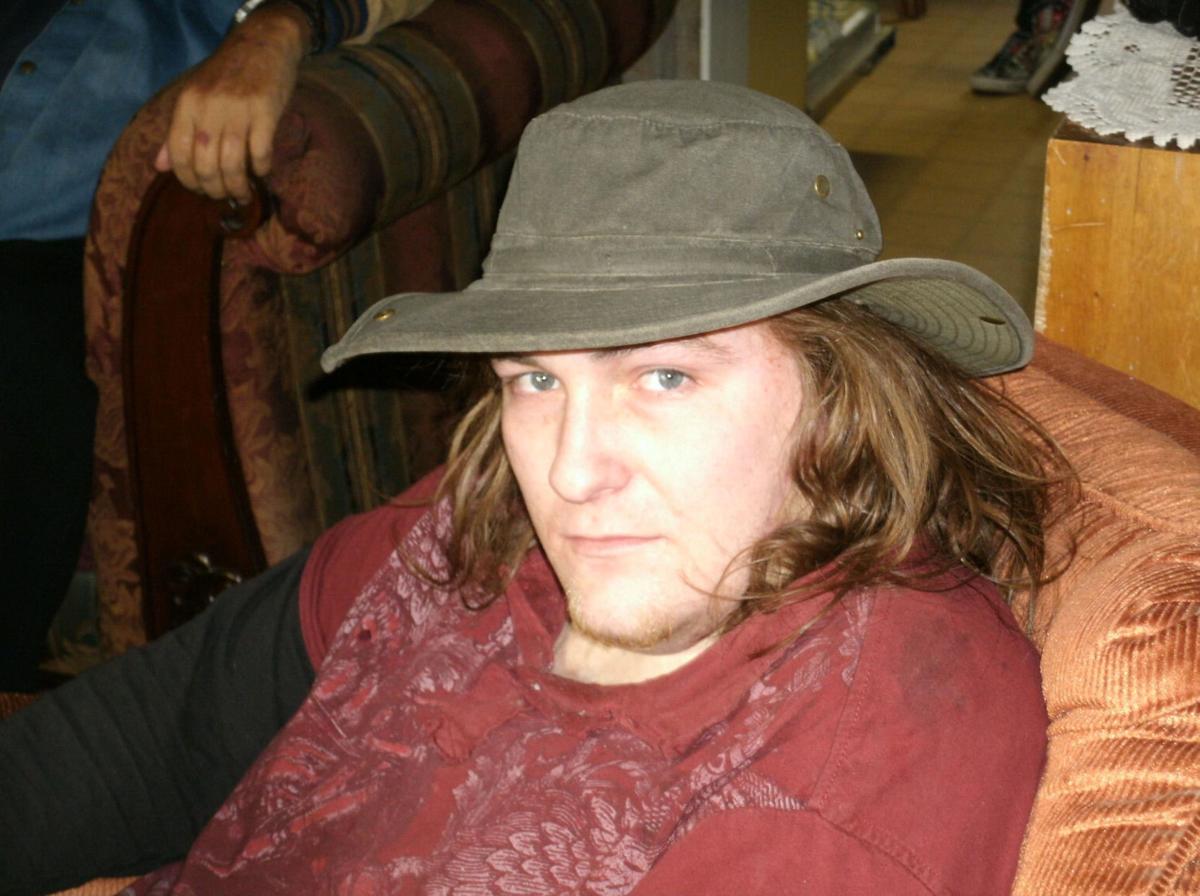 CORVALLIS — Austin James Wilson, 33, passed away at Community Hospital in Missoula on Dec. 27, 2019. He drifted into his afterlife very peacefully, surrounded by his loved ones, after fighting a myriad of health issues for many years. He was an amazing person, loved and known in many facets — as a son, brother, cousin, grandson, nephew and friend—but no matter the dynamic, he was a treasure in the lives he touched.

Austin was born on March 26, 1986, in Hamilton. He was the first child born to Greg and Brianna Wilson. He graduated in 2004 from Corvallis High School.Austin was a natural athlete and enjoyed playing baseball and football, and participated in wrestling throughout his scholastic years. Outside of school, Austin was an avid outdoorsman who enjoyed hiking, camping, fishing, hunting and trapping with his beloved grandfather, the late Ronald Lewis. Riding motorcycles, fabricating in the welding shop, fixing up vehicles, and driving around with friends were some of the activities Austin enjoyed most. In high school, Austin got a job bussing tables at the Coffee Cup. He expanded to cooking and was known at his workplace for his positive attitude and great sense of humor.

Austin is not easily summarized, but he will be remembered for his rare, remarkable qualities. Austin was as kind-hearted and compassionate as they come. He had unparalleled strength, a lust for life, and was naturally talented at most things. Notably, Austin James Wilson had an unwavering loyalty to the people he cared about and a depth of love for family and friends that will forever be felt by those closest to him.

He is survived by his father, Greg Wilson; mother, Brianna Wilson; brother, Jacob Wilson; maternal grandmother, Charlene Lewis; paternal grandparents, Reginald and Mavis Wilson; as well as many aunts, uncles, cousins and friends — all of whom he loved, dearly.

A celebration of life service will be held at 2 p.m. Thursday, Jan. 2, 2020, at the Daly-Leach Chapel in Hamilton. Condolences may be left for the family at www.dalyleachchapel.com. 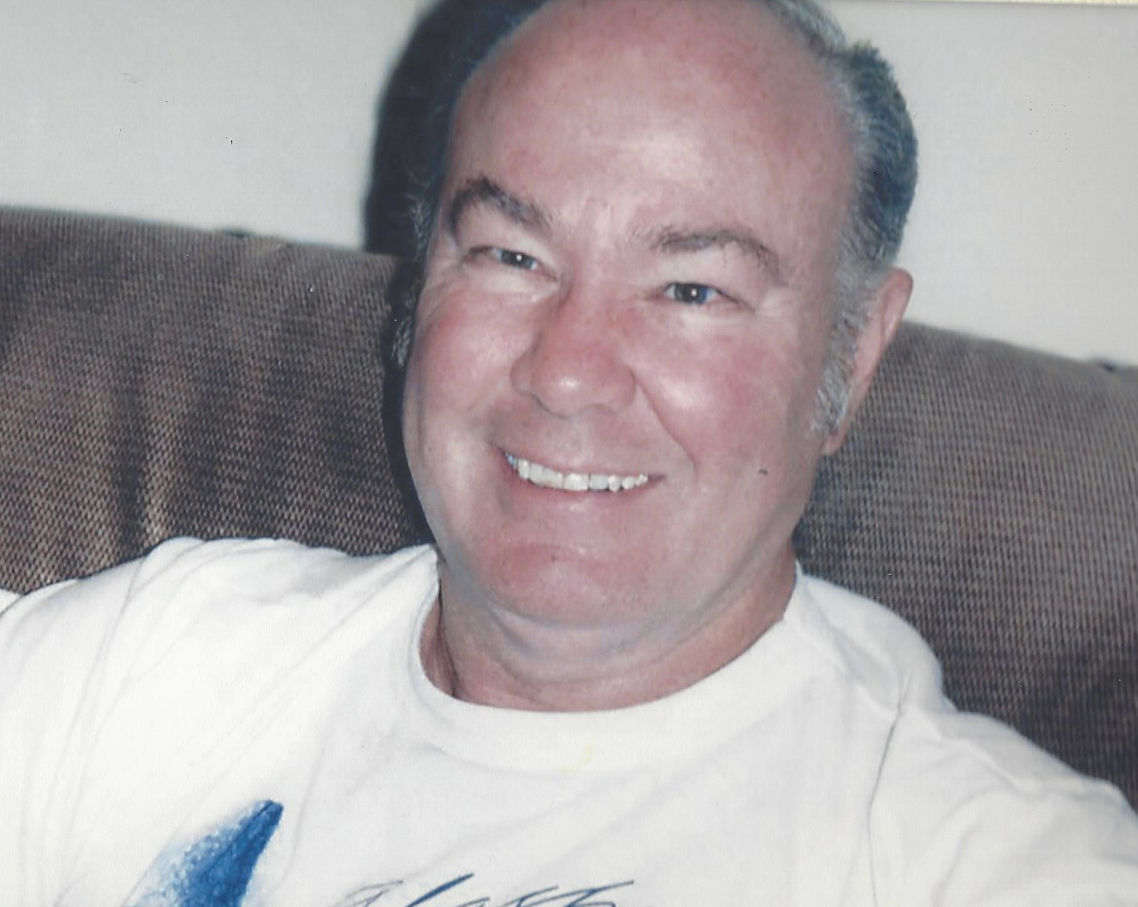 HAMILTON — Don Perry Scott, affectionately known as “Scotty”, passed away Thursday, Dec. 26, 2019, at Valley View Estates. Services for Scotty will be held on Saturday, Jan. 4, 2020, at 11 a.m. St. Francis of Assis Catholic Church in Hamilton. Interment will be held at 2:30 p.m. at St. Mary’s Catholic Cemetery in Stevensville.

Scotty was born at home on the Royal Ranch in Schley, Texas, on Sept. 1, 1941. The family moved to Waco, Texas, a short time later where Scotty would grow up and attend school. He graduated from Waco High School in 1959 and enlisted in the U.S. Air Force shortly thereafter. He was stationed in Germany the next four years. Upon his honorable discharge from the service, he moved to Las Vegas, Nevada, where he met the love of his life, Otilia Gail Gandara. Gail and Scotty were married on Oct. 30, 1970, and were together until Gail’s passing on July 26, 2019.

During his working career, Scotty was employed as a computer system analyst for Ratheron Corp. Scotty retired in 1996 due to health issues. Gail would retire a few years later after. After retirement, the couple would split their time between homes in Montana and Texas.

The family would like to say a special thank you to Scotty’s care givers during these past few years, the staff at Valley View Nursing Home, Home Health Aide, Eric Burnet and special friends, Ken and Carroll Kellett.