FLORENCE — Wayne K. Warila, 76, of Florence, passed away Saturday, June 1, from natural causes while camping in the Westfork of the Bitterroot.

Arrangements are under the care of the Daly-Leach Chapel in Hamilton.

HAMILTON — Donna M. Atneosen, 67, passed away early in the morning, Monday, June 3, at St. Patrick Hospital in Missoula. Brothers Mortuary and Crematory are honored to care for the family. Memories and condolences may be shared with the family at www.brothersmortuary.com.

SULA — Jack R. “Ray” Dilger, 83, passed away early in the morning, Sunday, June 2, at his home in Sula. Brothers Mortuary and Crematory are honored to care for the family. Memories and condolences may be shared with the family at www.brothersmortuary.com.

DARBY — Nancy L. Zoebisch, 71, passed away in the night, Sunday, June 2, at her home in Darby. Brothers Mortuary and Crematory are honored to care for the family. Memories and condolences may be shared with the family at www.brothersmortuary.com.

HAMILTON — William L. “Bill” Irwin, 76, passed away early in the morning, Sunday, June 2, at his home in Hamilton with Kathy by his side. Brothers Mortuary and Crematory are honored to care for the family. Memories and condolences may be shared with the family at www.brothersmortuary.com. 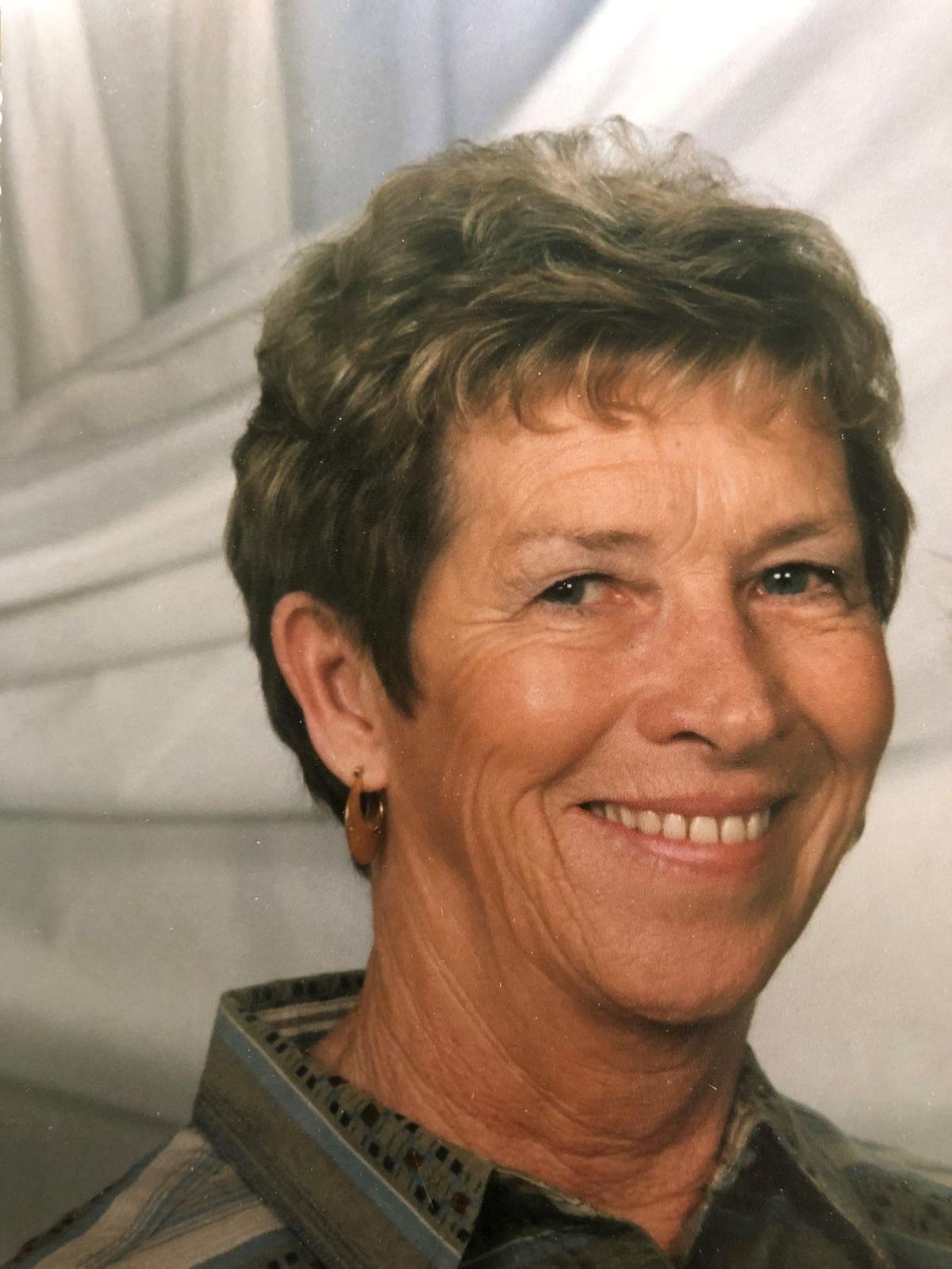 Gayle Hovden Beard Baldwin passed away peacefully in her home with her daughter by her side the evening of May 25, 2019.

Gayle was born on January 16, 1938, to Jessie and Lester Lawhead in Killdeer, North Dakota. She grew up in Killdeer and went to school there. After her father passed away, Jessie married Marion Hovden and they moved to Dickinson, where Gayle graduated high school. Later, Marion adopted both Gayle and her sister, Judy, which turned out to be one of their greatest blessings. He was a wonderful father and the best grandfather their children could have ever had!

After high school, Gayle married Larry Beard and together they had two children, Michael and Cheryl. In the late 1960s, they moved from Williston, North Dakota to Hamilton, where they would spend the next 18 years raising their children. Gayle made many friends in Hamilton and enjoyed her bridge club group, gardening, sewing, hiking and even camping, once she talked Larry into trading the tent in for a camper! After Cheryl graduated high school, Gayle enjoyed taking her on “mother/daughter” shopping trips to Spokane and Seattle, Washington. These trips were filled with a lots of fun, laughter, clothes, drinks and general shenanigans. This is a tradition that Cheryl and her daughters have enjoyed for many years and continue today. In 1985, after Gayle and Larry had been empty nesters for several years, they decided to follow their son and moved to Scottsdale, Arizona. They divorced a few years later after 33 years of marriage.

Gayle enjoyed being on her own for the first time in her life. She relished decorating her own place without anyone else’s input. However, she wasn’t on her own for long. After a couple years, she met and married Clarence ‘Jay’ Baldwin Jr. Jay truly swept her off her feet, wining and dining her at the finest places in town.

They continued to live in Scottsdale for the next 16 years and they worked together in real estate. After they divorced, Gayle moved to Butte to be closer to her daughter and granddaughters. She enjoyed getting to be a part of Cheryl’s family, especially being more involved with Kristen and Dani. She was thrilled to watch them both graduate from Butte High and Montana Tech and start on their respective career paths. Seeing Kristen get married to Jason and bring her two great-grandsons, Easton and Dalton, into the world was definitely one of her highlights. However, in 2014, she said “enough!” to the cold and snow of the Butte winters and moved to Yuma, Arizona.

She loved living in Yuma and was content and happy in the little home she purchased and decorated again without anyone else’s input! It turned out home decorating was her passion in her later years.

Gayle was preceded in death by her son, Michael Beard; her parents, Jessie and Marion Hovden and Lester Lawhead; as well as her former husbands, Larry Beard and Jay Baldwin.

Per Gayle’s wishes, and in keeping with her “make no fuss” attitude, there will be no memorial service. There will be a private family scattering of her ashes this summer. 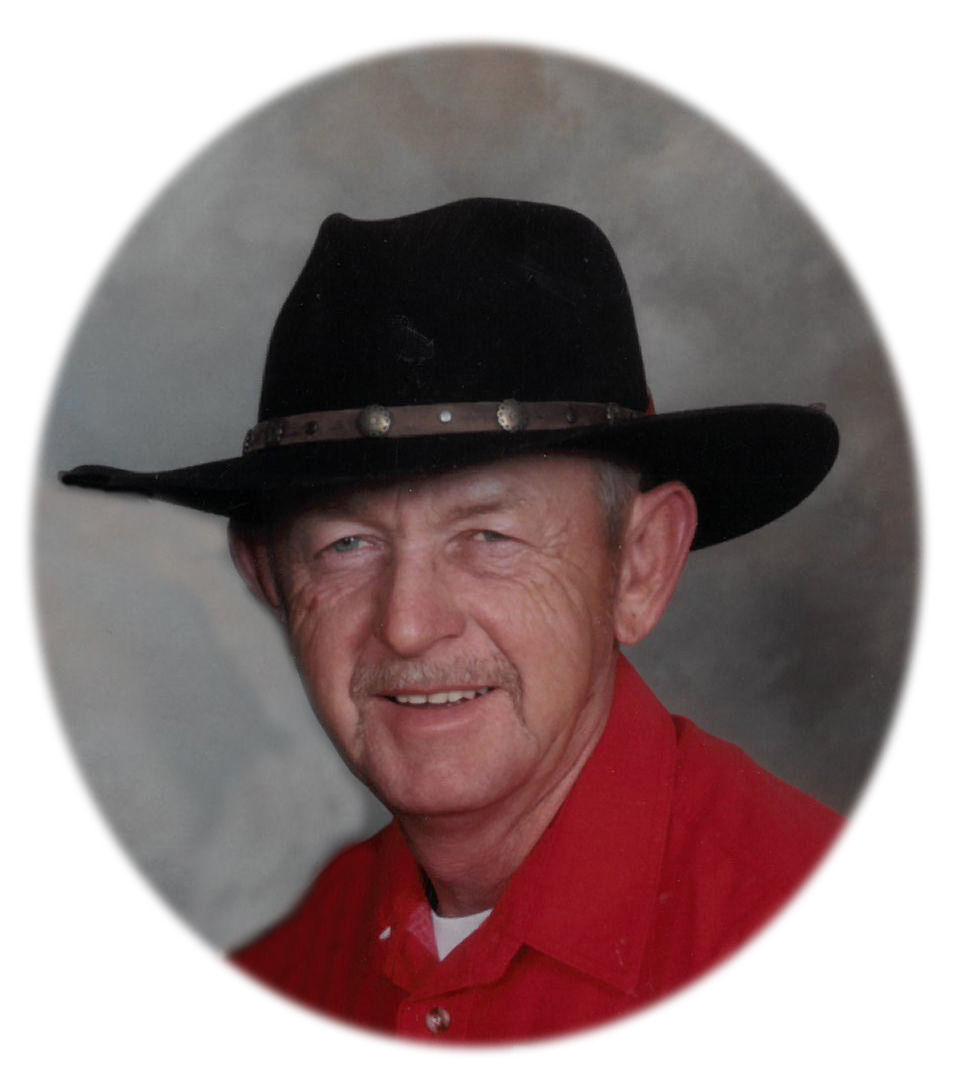 HAMILTON — Dennis made his journey home to his heavenly father on May 31, 2019, following complications of a stroke, surrounded by his family.

He was born in Butte, Montana on Sept. 28, 1948, to Phyllis and Jerry Johnson. He completed his schooling in Butte before joining the U.S. Army in 1965. Dennis served his country proudly doing four tours in Vietnam, receiving the Silver Star and the Republic of Vietnam Campaign Badge. Later he received the Drill Sgt. Identification Badge, serving as a Drill Sgt. in Fort Hood, Texas, Fort Leonard Wood, Missouri, and Ft. Knox, Kentucky.

On January 15, 1970, he married the love of his life, Margie Barney, in Butte. On Feb. 28, 1971, they welcomed their daughter, Lorraine Kathleen, into the world, who was fondly nicknamed “Beaner” by her dad. While stationed in Germany a second daughter, Wendy Michelle, joined their family on March 27, 1974. She was lovingly nicknamed “Wendyshell” by her father. Dennis retired from the U.S. Army in 1988 after 22 years of service to his country.

After retiring Dennis and his family moved to the Bitterroot Valley. He soon became a greens keeper at the Hamilton Golf Course. From there he went to work for Mike and Linda Massa at Massa Home Center. Over the years of his employment there, Mike and Linda became close friends of Denny, enjoying numerous NASCAR Cup Races in Las Vegas together, where you would find Dennis in the pits as part of the NASCAR Fire Crew.

Dennis was preceded in death by his mother and father; sister, JeriKay; brother, Mark Johnson; his beloved mother-in-law, Lorraine (Morgan) Hayes; and fathers-in-law, Thomas R. Morgan and Robert Hayes. On March 2, 2004, the love of his life and wife of 34 years, Margie, passed away after a courageous battle with cancer. On May 20, 2018 his first-born grandson, Kevin Valentine, received his heavenly wings also after a courageous fight with cancer.

Dennis is survived by his daughter and son-in-law, Lorraine and Curt McElroy of Hamilton; grandson, Anthony McElroy of Hawthorne, Nevada; daughter, Wendy Ferguson and fiancé Mike Accomando of Butte; granddaughter and husband, Alexander and Joe Kean of England; great-granddaughter, Scarlett Kean and a second great-granddaughter who will join our family later this year; grandson, Cody McQueen and granddaughter, Brittney McQueen of Colorado; sister-in-law and brother-in-law, Donna (Morgan) and Barry Cauwenberghs; niece Janel and husband Jeff Brenneman and great nieces, Morgan and Lexi Brenneman, all of Hamilton. Janel held a special place in her Uncle’s life from the day she was born and was by his side while he made his journey home; they truly shared a special bond.

The family of Dennis would like to express a special thank you to Todd and Cora Ann Peterson for opening their home to us, so we could be close to Dennis during his stay at Sacred Heart in Spokane. Last but not least — a huge heartfelt thank you to Consumer Direct Hospice of Missoula. Sherrie, Kelsey, Brittney and Lou, your kindness and compassion were beyond words. You truly were our heaven-sent angels.

“At Ease” soldier, your final tour on earth has been completed. Thank you for your service, your love, your guidance and your memories. Enjoy your retirement in peace and pain free with your heavenly family until we meet again.

Visitation will be held on Friday from 9 a.m. until 11 a.m. at the Daly-Leach Chapel with funeral services following at 11 am. Dennis will be laid to rest with his beloved Margie at Fort Missoula Cemetery with full military honors. There will be a reception following the graveside services at the Brenneman’s home, 287 Canyon Creek, in Hamilton. Condolences may be left for the family at www.dalyleachchapel.com.

Don was born on March 3, 1935, to Donald S. and Pebble Adair Motley in Hamilton.

Don was preceded in death by his wife of 60 years. Nancy L. Motley, sons, Michael and Greg Motley and his parents Donald S. and Pebble Motley.

A celebration of life will be on July 19. A full obituary will follow the week of the service. Condolences may be left for the family at www.dalyleachchapel.com. 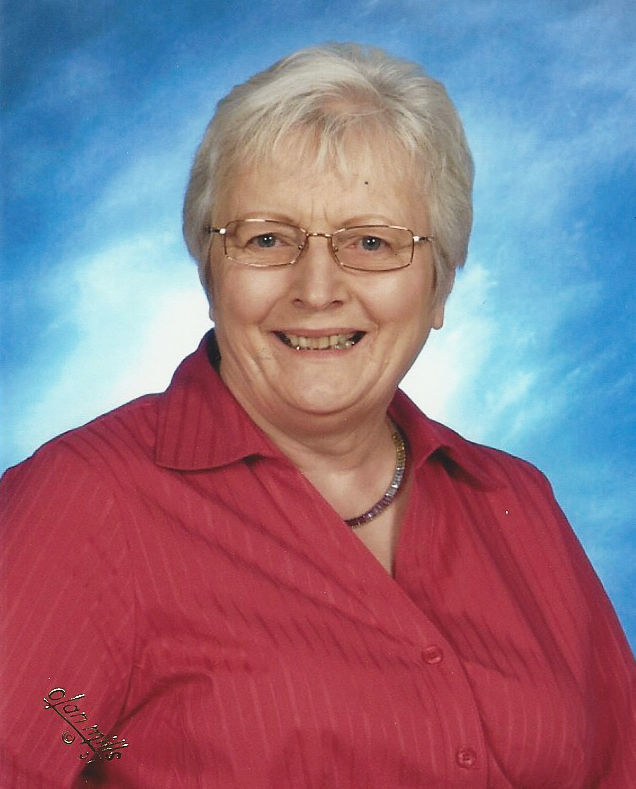 She was born Dec. 26, 1941, in San Diego, California, to Don and Lucille McDaniels. Donna married George Biddle and the couple were together for almost 56 wonderful years. Donna loved quilting, knitting and needlework.

Donna was preceded in death by her parents, a sister, Linda Weich and her beloved dog, Bailey. She is survived by her husband, George; a daughter, Tawnya (Craig) Luce; a son, Kevin (Jasmine) Biddle; two grandsons, Tyler and Christian; two granddaughters, Gabi and Emma; and her other beloved dog, Max.

A gathering for family and friends for a luncheon to celebrate her life will be held on Thursday, June 6, 2019, at 1 p.m., at the St. Mary’s Family Center in Stevensville. Condolences and memories may be shared with the family at www.whitesittfuneralhome.com. 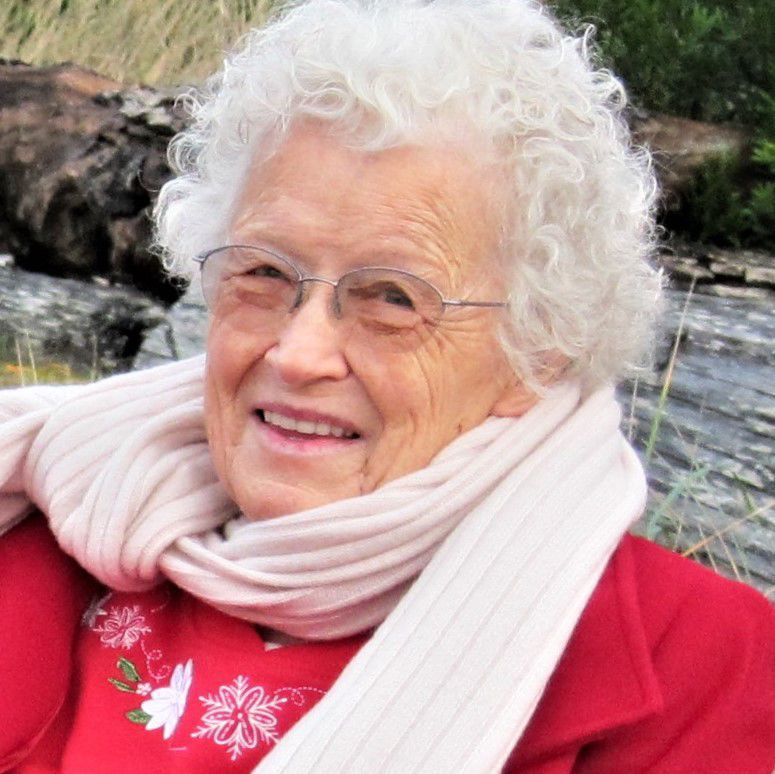 Maxine passed away in Vancouver, Washington, where she was living near family. Most of her life was spent in Hamilton where she and her husband Robert raised five children. She worked at Valley View Nursing Home and Marcus Daly Hospital until she retired. She was an active member of the SDA church.

Survived by daughter, Diana and son-in-law, James Wolfinbarger; son, Ron and daughter-in-law, Debbie Unrue; son, David Unrue; and daughter, Lynette and son-in-law, Martijn Halsema; as well as many grand-children, great-grandchildren and great-great grandchildren. She will be missed. Celebration of life will be held Sunday, June 23, 2019, at 3 p.m., at the Darby Community Center, Open to all family and friends

BLACK DIAMOND, Wash.— Gail Kuzaro, 92, passed away early in the morning, Friday, May 31, at the Aaron Care Home in Corvallis, MT. Brothers Mortuary and Crematory are honored to care for the family. Memories and condolences may be shared with the family at www.brothersmortuary.com.

CORVALLIS — Linda Marie McCurdy went to be with her Lord and Savior on May 29, 2019, due to cancer, at the Marcus Daly Hospice Center.

Linda was born on April 24, 1953, to Ralph and Marion Pedersen in Palo Alto, California. Linda moved to Stevensville at age 4 and attended Stevensville Elementary School and graduated from Hellgate High School in 1971.

Linda met Philip McCurdy in the Missoula airport terminal while traveling to Seattle. They exchanged letters for eight months and were married on Sept. 8, 1979, in Hamilton. They moved to Jeddah, Saudi Arabia, where Philip worked for Saudi Arabian Airlines. In February 1992 Linda gave birth to Kyla Pallas (Shatskikh) in Jeddah Medical Center. Corwin Philip was born at Community Medical Center in 1994.

During Philip’s working years Linda and family were moved to Seattle, Phoenix, Indianapolis and Atlanta. Linda was overjoyed when she got to return home to Corvallis.

Linda worked as a computer operator, church secretary, the Arizona Capitol Times and volunteered at the Phoenix VA. Linda always had a smile for those she met especially her husband and children.

Linda was preceded in death by her parents; and twin brothers, Ronald and Donald; Linda is survived by her husband, Philip; daughter, Kyla (Konstantin); grandson, Gabriel; son, Corwin; brother, Jerry and Jane Beck.

Linda’s memorial service will be held at Our Savior Lutheran Church, 184 Pine Hollow Road in Stevensville at 2 p.m., on Wednesday, June 5. Linda will be buried with her parents at Riverview Cemetery. Condolences may be left for the family at www.dalyleachchapel.com.

In lieu for memorials visit a shut in or other elderly member of your community. Linda always had a soft spot for the elders and other shut ins in her life. Share your life by letting others know the love of Christ by sharing your time with them.

Get breaking news and news alerts sent to your inbox as they happen! Sign up: