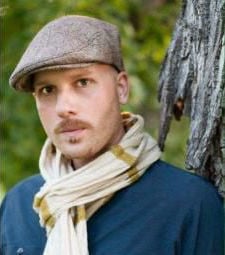 Gabriel David Wischmeier, age 40, passed away on Saturday, Sept. 7, 2019, of natural causes in Studio City, California. He was born on May 20, 1979, in Hamilton, to Robert and Bonnie (Rasmussen) Wischmeier.

From a young age music played a large roll in Gabe’s life. He excelled in choir and theater at Hamilton High School where he graduated in 1997. He left to serve as a missionary for the Church of Jesus Christ of Latter-day Saints in Kyiv, Ukraine, after high school. Upon his return from Ukraine he attended the American Music and Dramatic Academy in New York. After graduation he toured the country performing in “The Little Prince” as the Aviator. He would continue living his passion for music, performing in Salt Lake City’s Hale Center Theater’s productions of "Camelot," "Slipper and the Rose" and "1776."

Perhaps an even bigger role in Gabe’s life was that of uncle to his 12 nieces and nephews. He never missed a birthday or life event. It was common to receive an unexpected card or care package carefully thought out and specific to the individual. He lived a life of love and service and he will be greatly missed.

He is survived by his loving parents, Robert and Bonnie; siblings, Jessicca (Elijah) Allen, Benjamin (Allison), James (Lyndsi) and Hyrum (Kendra); and his beloved nieces and nephews. A memorial service will be held Sept. 28, 2019, at noon at the Little Bear Ridge Cemetery in Troy, Idaho.

HAMILTON — Clarice H. Skillman, 96, of Hamilton, passed away peacefully at her home in Hamilton, Saturday, Sept. 14, 2019, in the company of her daughter and special caregiver.

She is survived by her daughter, Beth from Potomac; and son, Jerry, from Helena. 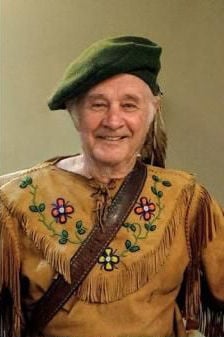 Dancing Bear (Roger Hendricks), 80, of Olney, formerly of Hamilton, died on Thursday, Sept. 12, 2019, at his residence. Bear was born on July 17, 1939 in Wayne County, Illinois, the son of Carrol and Shirley (Thomas) Hendricks.

Bear was a resident of Hamilton for the last 30 years and recently returned to Onley in June 2018. He had a great passion for life and among his many adventures was riding his horse to California at the age of 18-years-old, working as an ironworker throughout the country, becoming a forest firefighter at the young age of 65, and was a member of the Wetzel's Rogers Rangers for 50 years. While in Montana he was a tour guide for a dude ranch and gave horseback tours to the rich and famous.

Bear had a love for his God, his country and his family and would give you the shirt off his back. He was a member of the Brown Church and the Solid Rock in Victor.

He was preceded in death by his parents and his son, Shane Hendricks. Memorials can be made to the American Diabetes Association.

A funeral service was held at 1 p.m. on Tuesday, Sept. 17, 2019, at Elm River Presbyterian Church (Brown Church) in Mt. Erie, Illinois, with visitation from 11 a.m. until the time of service.

A memorial will be held in Hamilton in the spring. 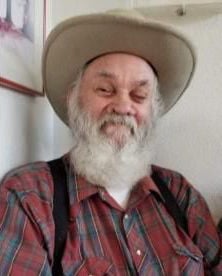 Lee moved from Pocatello, Idaho, to Salmon, Idaho, in 1945, and lived in Salmon approximately 75 years. Lee and his brother Dan started a wrecking yard in 1959. He bought his brother out and kept the wrecking yard. Lee only had an eighth-grade education. For only having an eighth-grade education he continued a successful business. During this time, he bought six homes and rented out five of them, eventually selling them all for a profit. He then bought restaurants and bars — Smoke House, and Blackhorn Bar. He also had the Cresent Kitchen. He started the first garbage service in Salmon. He never lost sight of the wrecking yard. He became a cop in Salmon for several years. He finally sold his wrecking yard in the 80s and continued collecting antique cars and antiques.

Lee loved to play guitar and harmonica, he loved to sing and listen to country music. Lee and his sister Rhea were asked to sing and play at the Grand Ole Opry in their twenties. Lee’s true passion was collecting, restoring and fixing old cars. He built and restored his first car at the age of 13. He loved working with wood, making many things. He was a craftsman. He built at least three of his homes and his shops. He loved shopping in second hand stores, antique shops and garage sales, where he found a lot of his antiques. He would buy and restore many antiques. Lee was loved and respected by so many.

His Celebration of Life will be held 1 p.m. June 13, 2020. There will be reminders for this celebration.

HAMILTON — Lydia R. Sperry, 87, of Hamilton passed away Tuesday, Sept. 17, at her home. Arrangements are under the care of the Daly-Leach Chapel.

HAMILTON — Kenneth J. Reiss, 71, of Hamilton, passed away Sunday, Sept. 15, at St. Patrick Hospital in Missoula. Arrangements are under the care of the Daly-Leach Chapel.

CORVALLIS — Darl T. Hoyt, 80, passed away in the afternoon, Monday, Sept. 16, at the Marcus Daly Memorial Hospice Center in Hamilton. Brothers Mortuary and Crematory are honored to care for the family. Memories and condolences may be shared with the family at www.brothersmortuary.com.

Funeral services will be held at 11 a.m., Saturday, Sept. 21, at the Hamilton Assembly of God Church with Pastor John Weaver officiating.

Interment with military honors will follow at Riverview Cemetery in Hamilton.

CORVALLIS — Scottie L. Covert, 84, of Corvallis, passed away Friday, Sept. 13, at the Discovery Care Centre. Arrangements are under the care of the Daly-Leach Chapel. 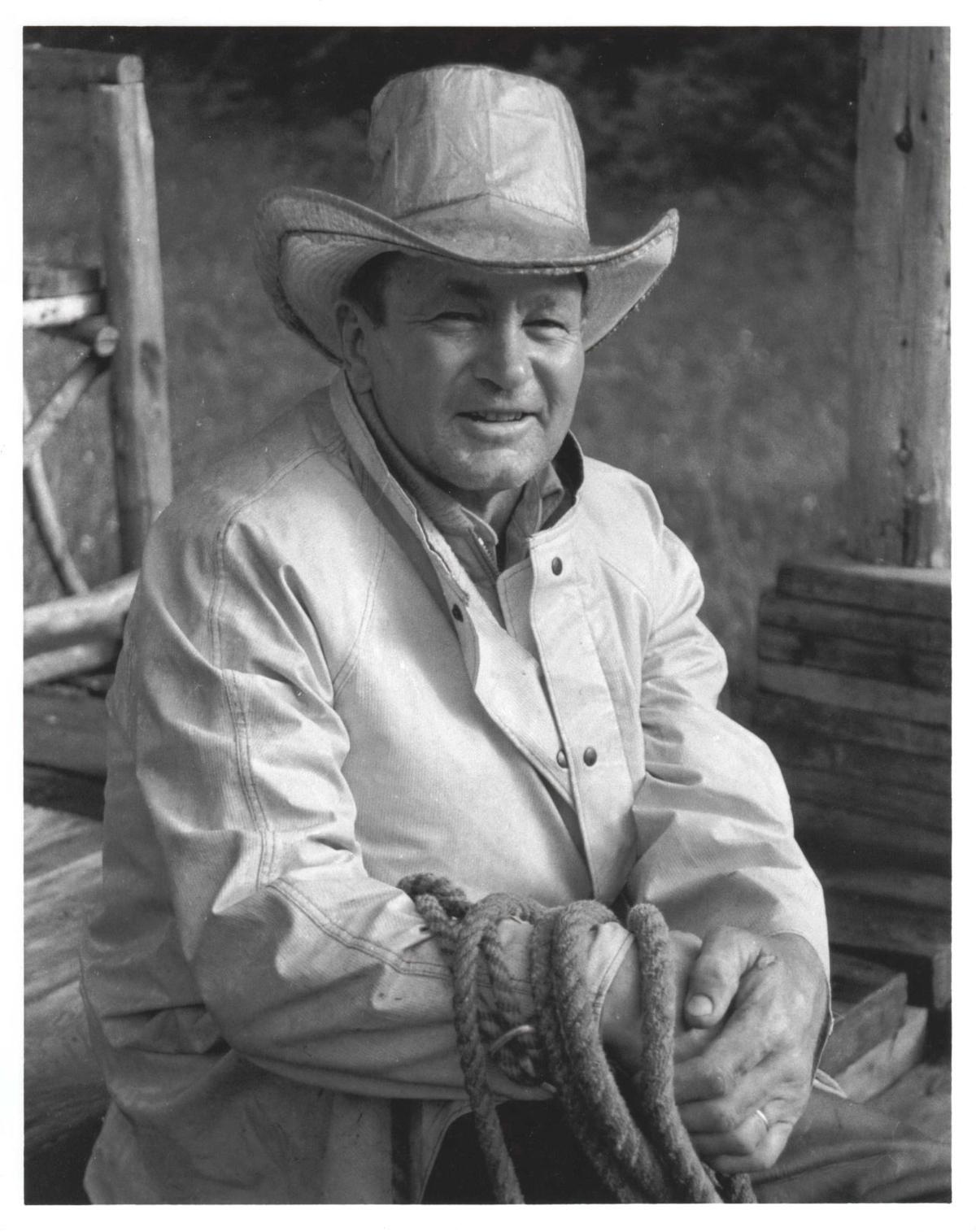 Born on Feb. 5, 1929, to George and Delma Eden in Gooding, Idaho, Jack packed mules in the backcountry of Idaho and Montana for more than 30 years. In later years, he “cowboyed” on cattle ranches and trained equines (especially mules) to ride, pack and drive.

At Jack’s request, no services will be held. Friends are asked to remember Jack by conducting a random act of kindness. Condolences may be left at www.dalyleachchapel.com. 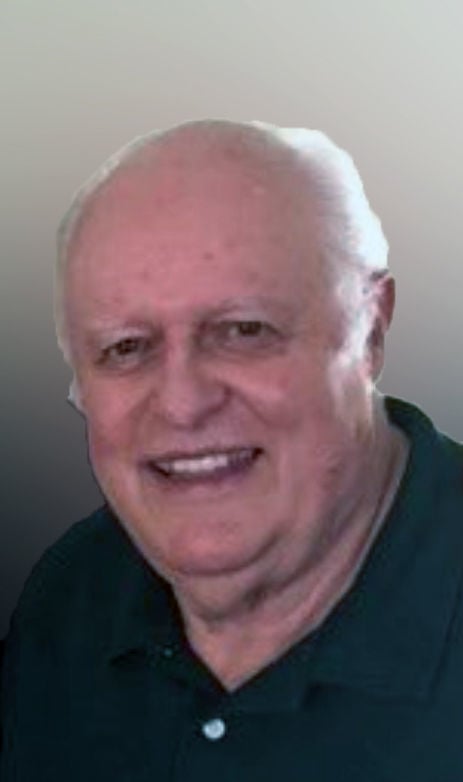 Ron began his teaching and coaching career in Augusta teaching biology and coaching basketball for two years before moving to Great Falls where he taught health for 33 years at C.M. Russell High School. He was an athletic trainer his first two years at CMR, coached sophomore football four years, sophomore basketball eight years and coached track all 33 years, finishing as head track and field coach the last 18 years. Overseeing the Rustler Track Team was a passion for Ron. He specialized in coaching the jumping events with pole vaulting being his favorite. In, 1981 he was awarded the Montana Coaches Association Track and Field Coach of the Year. Ron, however, was more proud of all CMR’s athletes, who won multiple individual state titles under his instruction.

While Ron was busy teaching and coaching, he also served his country as a training specialist in the Montana Air National Guard from 1965 until 1971. He especially loved serving in an “athletic director” role while participating in a unit deployment. The Guard led Ron to great lifelong friendships with the Hensley and Mortag families where special events and gatherings were had for over the past 50 years.

He never missed a fall hunting season for pheasants, deer and elk. He loved seeing big bull elk on the Frost and Weber Ranches; his special hunting ground by the Bitterroot Valley. His favorite summer pastime was spending time at Holter Lake. After retirement in 1999, some winter time was spent in Lake Havasu and Yuma, Arizona. Ron also never missed listening, watching and rooting for his alma mater, the Montana Grizzlies.

In lieu of flowers, contributions may be made to Redeemer Lutheran Church, The C.M.Russell HS Track and Field Team in Memory of Coach Frost, or to the charity of your choice. 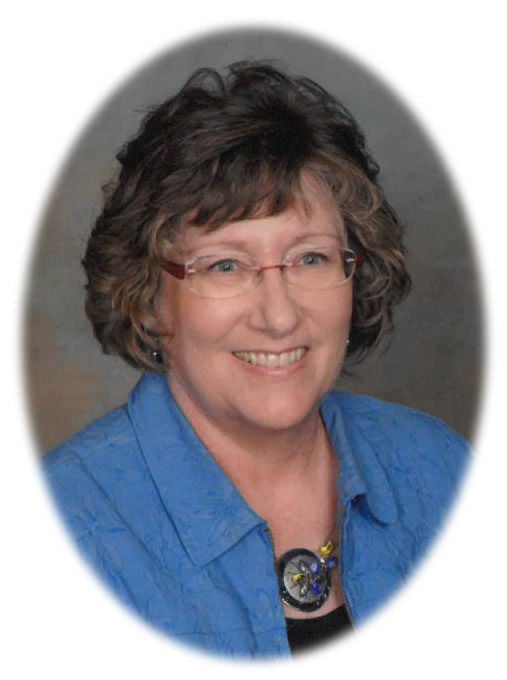 LaVonne was preceded in death by her daughter, Ashley Friend. She is survived by her husband, Wayne Friend of Corvallis; her son, Steven Friend and wife Cassie of Reno, Nevada; her parents, Allan and Bonnie Viegut of Corvallis; her sister, Carmen Ramsey and husband Will of Corvallis; brother, Kevin Viegut and wife Debbie of Missoula; and her nieces, nephew and other relatives.

A Celebration of Life will be held on Saturday, Sept. 21, 2019, at 3:30 p.m., at The River Church in Hamilton with a reception following at the church. Condolences may be left for the family at www.dalyleachchapel.com.

He was born June 14, 1957, in Worland, Wyoming to Dallas and Irene (Byram) Isbell. After attending high school he joined the U.S. Marine Corps in 1977, where he was stationed in Hawaii until 1979. After serving, Pat worked in the construction business which eventually brought him to Montana. For the last 17 years, he was employed with Knife River.

Pat enjoyed riding his motorcycle, working on puzzles, helping others and spending time with his friends and family.

He was preceded in death by his mother, father and a niece. Pat is survived by his three daughters and their spouses, five grandchildren, nine siblings and many nieces and nephews. Condolences and memories may be shared with the family at www.whitesittfuneralhome.com.

Arrangements are under the care of the Daly-Leach Chapel. 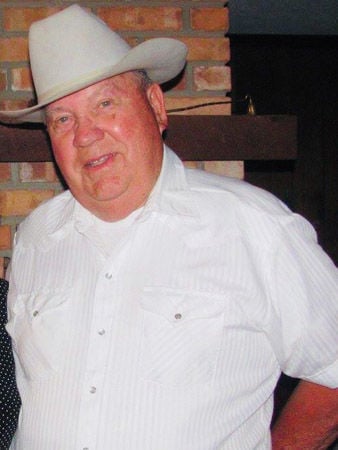 VICTOR — William Johnson Clark (Bill) went to be with Jesus on Sept. 9, 2019, as the result of injuries sustained in a vehicle accident while parked along the side of the highway he helped build just outside of Wisdom. He was born on Jan. 11, 1937, to John William Clark I and Virginia Elizabeth Johnson in Hampton, Virginia. Bill grew up fishing, hunting and exploring the back wood creeks and beaches in the small fishing community of Fox Hill, Virginia.

He attended Buckroe Junior High where he met his future wife, Virginia Frances Watson. They attended high school as sweethearts and enjoyed swimming and barbecues at Grandview Beach and bull frogging on the Chickahominy River. Bill was a standout athlete in football, baseball and fast pitch softball for the Hampton High Crabbers, winning multiple state championships. After graduation in 1955, Bill joined the Army.

On August 17, 1956, Bill and Frances were married in The Central Methodist Church in Fox Hill, Virginia. Bill was stationed at the United States Continental Army Command Headquarters at Fort Monroe. They moved to Germany when Bill was transferred there. Bill and Frances returned state side to Fort Eustis and he was honorably discharged. They then had two daughters, Belle and Ellen.

In 1961, the family moved to Montana traveling around the state where Bill worked heavy construction and Frances was a housewife and mother. They moved their trailer from job to job around Montana, eventually building their own home in Victor and settling down in one place so their daughters could attend school. A third daughter, Bonnie, was born and the couple started their own company with Bill’s brother, Clark Brothers Contracting. They were instrumental in building the interstate system across Montana including Bozeman Pass to Livingston, Big Timber and Reed Point of Interstate 90, as well as hundreds of miles of Forest Service roads. Some of their most notable jobs included the Mount Saint Helen’s Volcano Clean Up, the Dworshak Dam in Idaho and Lost Trail Pass. He later formed his own drilling and blasting company, Ajax Contracting, which he operated until the time of his death.

Bill enjoyed hunting, fishing, and attending his children’s, grandchildren’s and great-grandchildren’s athletic events. He was chairman of the Victor School Board for six years and oversaw the building of what is now the current gymnasium and shop. He was an avid baseball and football fan and played softball well into his 60s. He loved to spend time with family, especially at his vacation home (known as Bill’s House) on the Hirschy Ranch in the Big Hole Valley of Montana.

A Celebration of Life will be held at the Victor Community Church on Saturday, Sept. 14, 2019, at 11 a.m. with a luncheon to follow at the Neely Center in Victor. Condolences may be left for the family at www.dalyleachchapel.com. Donations may be made to Victor Community Church, The Bitterroot Church of the Nazarene or Victor School Athletics in honor of Bill.