HAMILTON — Judith A. Bisom, 78, of Hamilton, passed away Wednesday, Dec. 4, 2019, at her home of natural causes. Funeral services will be held on Thursday, Dec. 12, 2019, at 11 a.m. at the Daly-Leach Chapel with a reception following in the funeral home’s community room. Burial will take place at the Western Montana Veterans Cemetery. Condolences may be left for the family at www.dalyleachchapel.com. 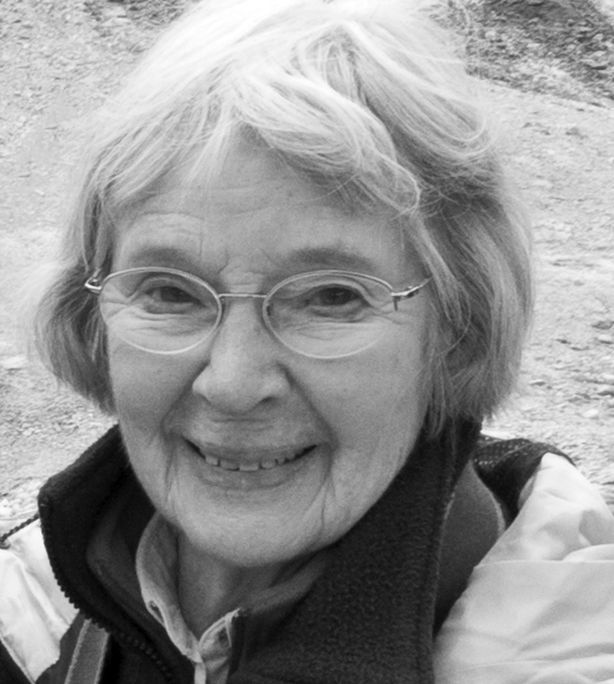 Born in Hornell, New York, on Feb. 24, 1927, she was the only daughter of Walter and Rosamund Sweyer.

Sheila was of a generation of women who willingly sacrificed a potentially satisfying professional career — in her case nursing — or motherhood and home management, at both of which she excelled. Four children were born between 1952 and 1961, during which time her husband Bill completed his medical studies and established a family practice in Wellsboro, Pennsylvania.

Wellsboro was home for 25 years, followed by 10 years in Lancaster County, Pennsylvania, where Bill completed his medical career before retiring in 1991, after which life was divided between their Pennsylvania home and Orient, New York, where they remodeled an old sea captain’s cottage in which Sheila’s father had lived until his death in 1989. In 1996 they moved permanently to Orient and enjoyed a comfortable seaside life of boating, fishing, lobstering and clamming until 2004.

In their late 70s, they surprised the entire family by moving to a ranch house on five acres in the shadow of the Bitterroot Mountains in Hamilton, where they could continue to pursue the outdoor life in a new setting and indulge their love of fly fishing.

After ten happy years in Montana, Sheila returned to Pennsylvania in 2014 following the death of her husband of 64 years, since which time she lived with her daughter Barbara and son-in-law Roger in Drumore.

In the many the towns she called home, Sheila was an active participant or volunteer worker in a variety of areas, including church, book and women’s groups, conservation organizations, libraries and schools.

She is survived by her daughter, Barbara and sons Bill, David and Todd, their spouses and five grandchildren. Her only brother, Walt Sweyer, predeceased her in May 2019.

Donations in her memory can be made to the Quarryville Library and Solanco Neighborhood Ministries. 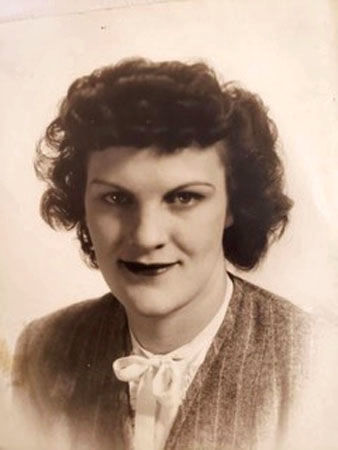 Maxine grew up on the family farm in North Dakota with her parents and seven siblings in a tiny three-room farmhouse. She worked long, hard hours in the fields and on household chores. Her work ethic was unapparelled and continued well into her 80s. In order to attend high school, Maxine moved to town with a family to care for their children and help with household chores in exchange for room and board. Additionally, she worked at the school cleaning and maintaining the fire for the furnace. She graduated from Nortonville High School in 1943. One of her favorite high school memories was playing on the girls basketball team.

Maxine did not venture more than a few miles from her home until she and a good friend decided to move to Bremerton, Washington, at the end of WWII to work at the Puget Sound Naval Shipyard. It was there she met a handsome southern boy, J. Lusk, who had just finished his overseas service in the Army Air Corp. They met at a shipyard dance and were married six weeks later on March 29, 1945. They briefly lived in Alaska before moving to Bakersfield, California, where their four children were born. After living in parts of California and Oregon, the family settled in Hamilton in 1963 where Maxine lived permanently at her little place south of town.

When her children were older, she began working at Safeway in Hamilton and did so for over 30 years. She loved her job and especially her customers. Even after Maxine retired, the family often heard the same message, “I loved your Mom and always tried to go through her check stand.” She was a beloved employee.

The farm girl in Maxine never went away. She loved working on her property well into her 80s where you could find her changing sprinkler pipes, fixing fence and even moving hay bales by herself. She regularly walked to town and continued walking into her last days.

Maxine lived a full and busy life. She was a devoted and caring mother who would sacrifice anything for her family. Her grandchildren adored her. She was generous with her time and played with them for hours on end. She had a cute sense of humor, loved all those around her, and had a hug for everyone. She often called people “sweetheart,” and told them they were beautiful. She had a servant’s heart, and welcomed everyone into her home, friend or stranger.

Her strength was in her savior, Jesus Christ, her family and friends. She attended the Church of Christ for most of her life and loved the singing the old hymns. The last few years of her life she attended House of Praise in Victor. We will miss Mom but are comforted by knowing that she is safe in the arms of Jesus.

A special thanks to the caretakers at Edgewood Vista Memory Care, in Missoula, where Maxine resided for the last year and a half of her life.

Maxine’s Celebration of Life will take place at a later date. Condolences may be left for family at www.dalyleachchapel.com. Her ashes will be scattered by her children at the Bitterroot River near her home. Tommy will take some of her ashes on a bicycle journey from Hamilton to her home in North Dakota to scattered.

HAMILTON — Albert E. Hockett, 86, of Hamilton, passed away Tuesday, Dec. 3, at his home. Arrangements are under the care of the Daly-Leach Chapel.

STEVENSVILLE — Sandie E. Pollman, 57, of Stevensville, passed away Tuesday, Dec. 3, at her home of natural causes. Arrangements are under the care of the Daly-Leach Chapel.

GREAT FALLS — Richard E. “Dick” Wolverton, 80, passed away in the afternoon, Wednesday, Dec. 4, at St. Patrick Hospital in Missoula. Brothers Mortuary and Crematory are honored to care for the family. Memories and condolences may be shared with the family at www.brothersmortuary.com. 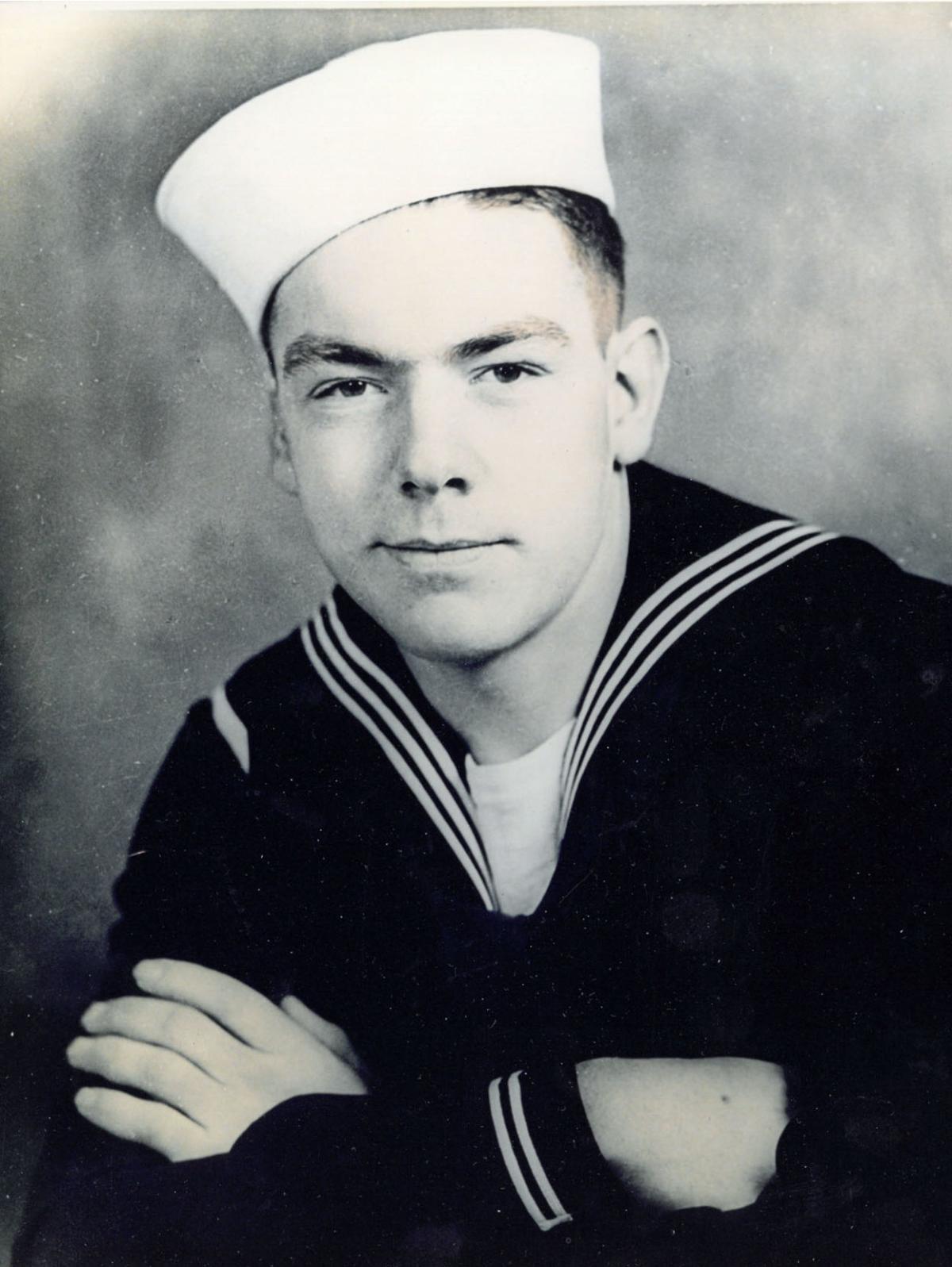 He served as Fireman First Class in the U.S. Navy from 1943 to 1946, aboard the U.S.S. Sheridan, earning multiple medals for his service during World War II.

After his time in the military, Oliver met Mildred Carman Brown. They fell in love and were married on May 24, 1947. Together with Mildred’s kids, Ralph and Jeanie, they also had three children, Gerald, Mary and Gloria.

Oliver carved out a career in carpentry and construction, building a legacy throughout the Bitterroot Valley. He enjoyed creative woodworking and many trips to the local hardware store.

Graveside services for Oliver will be held on Friday, July 3, 2020, at noon, at the Corvallis Cemetery. Condolences may be left for the family at www.dalyleachchapel.com. 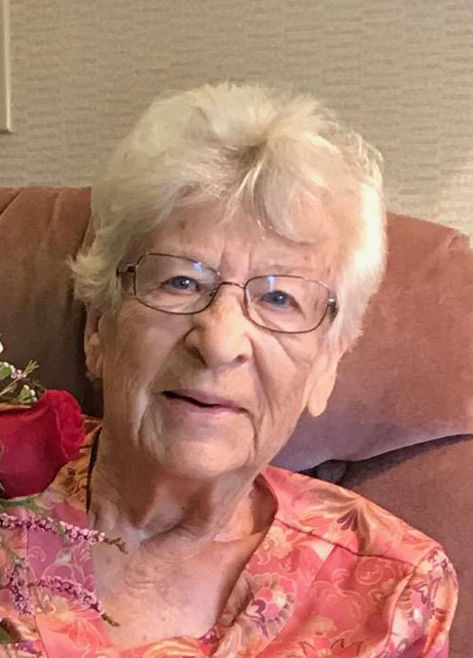 HAMILTON — Clara Elizabeth Nordahl Miller, of Hamilton, passed away peacefully on Nov. 26, 2019. Clara was born in Grass Range, Montana, on Oct. 5, 1928, to Knute and (Essie) Pearl (Gibson) Nordahl. Early in life, Knute nicknamed her “Dinky,” by which she was known to most for the rest of her life. Clara was born third of five children and cherished her siblings throughout her life.

Clara married Roy Earl Miller on August 7, 1947. Together they raised three children Mark, Bruce and Vera. They were married until his death in 2002. Throughout the years, Clara worked at Lone Rock School, in the potato fields, and finally, managed a motel for many years. Clara and Roy were active in the Stevensville American Legion. She set an example of hard work and self-discipline but never failed to have open arms for a warm hug.

Clara’s love of coffee, bingo and Wheel of Fortune were legendary. She loved to be busy, always keeping a tally of her annual bingo winnings, cross-stitching and crocheting. It was a family joke that Grandma’s social calendar needed to be checked before planning any gathering. Her eyes sparkled with mischief when she teased and her giggle was hard not to love.

A private family graveside service will be held on Dec. 4, with a celebration of life to follow in the summer. Condolences and memories may be shared with the family at www.whitesittfuneralhome.com. 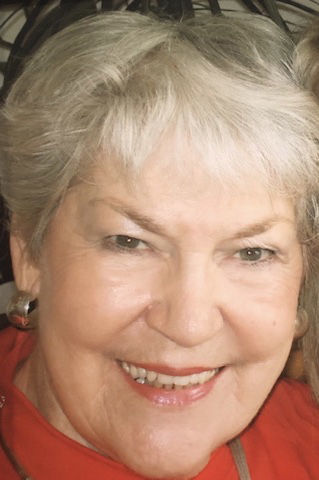 Carol was born Dec. 9, 1931, in Hamilton, to Clifford Shockley and Virginia Ward. Carol is a descendant of early Bitterroot pioneers—George W. Ward was her great-grandfather for whom Ward Mountain west of Hamilton is named. Her mother was one of twelve children born to C.W and Alice Ward. Carol had many cousins as well, whom she really enjoyed.

Carol attended the Darby School, graduating from high school in 1949. That fall she enrolled in the University of Montana and was a member of Kappa Kappa Gamma sorority. She married Bernie Cash in June of 1951 in St. Paul’s Episcopal Church in Hamilton, and they left for Texas, where Bernie was stationed in the Air Force. After one year they were transferred to Alaska where he finished his tour of duty. Following his discharge from the military, they returned to Hamilton and reopened Bernie’s Studio — Photography which had been closed for four years during the Korean War. They sold the studio in 1981 and Bernie began a lawn service, continuing part time with his photography. Carol became a tour guide for a local travel agency, taking many bus trips, cruises and traveling the world. Later, she took a job as a clerk for Driver’s Services for 13 years and in 1987 she became the driver examiner of Ravalli County (where she freaked out a lot of young would be drivers) and held that position until retiring in 1993.

In retirement Bernie and Carol went to Lake Havasu, Arizona, where they purchased a small home and spent six months every winter. In 2003 they sold their Arizona place when Bernie was diagnosed with ALS and in 2005 Bernie passed away in Hamilton.

Carol was a charter member of the Hamilton Soroptimist Club. She was a lay reader in St. Paul’s Episcopal Church for many years and also served on the church’s altar guild. Carol was an accomplished Bridge player and she also enjoyed knitting, quilting and was an avid reader.

Lynnette would like to extend her special thanks to BeeHive Homes and to Ron Brothers. Her heartfelt appreciation also goes to Sakai and everyone from Partners in Home Care hospice for their loving attention to her mother’s journey.

A memorial service will be held at St. Paul’s Episcopal Church in Hamilton in the spring of 2020.

Brother’s Mortuary is attending to the family. Any memorials may be made to Bitterroot Humane Shelter or S.A.F.E. in Carol’s honor.

LEMHI, Idaho — Nichole S. “Nickie” Adams, 75, passed away in the night, Sunday, Dec. 1, surrounded by her family at home. Brothers Mortuary and Crematory are honored to help the family. Memories and condolences may be shared with the family at www.brothersmortuary.com.

HAMILTON — Wayne A. Hedman, 80, passed away early in the morning, Monday, Dec. 2, at St. Patrick Hospital in Missoula. Brothers Mortuary and Crematory are honored to care for the family. Memories and condolences may be shared with the family at www.brothersmortuary.com.

HAMILTON — James L. Modler, 87, of Hamilton, passed away Friday, Nov. 22, at the Discovery Care Center in Hamilton. Arrangements are under the care of the Daly-Leach Chapel in Hamilton.

SAVE 90% on your first 3 months when you join today!