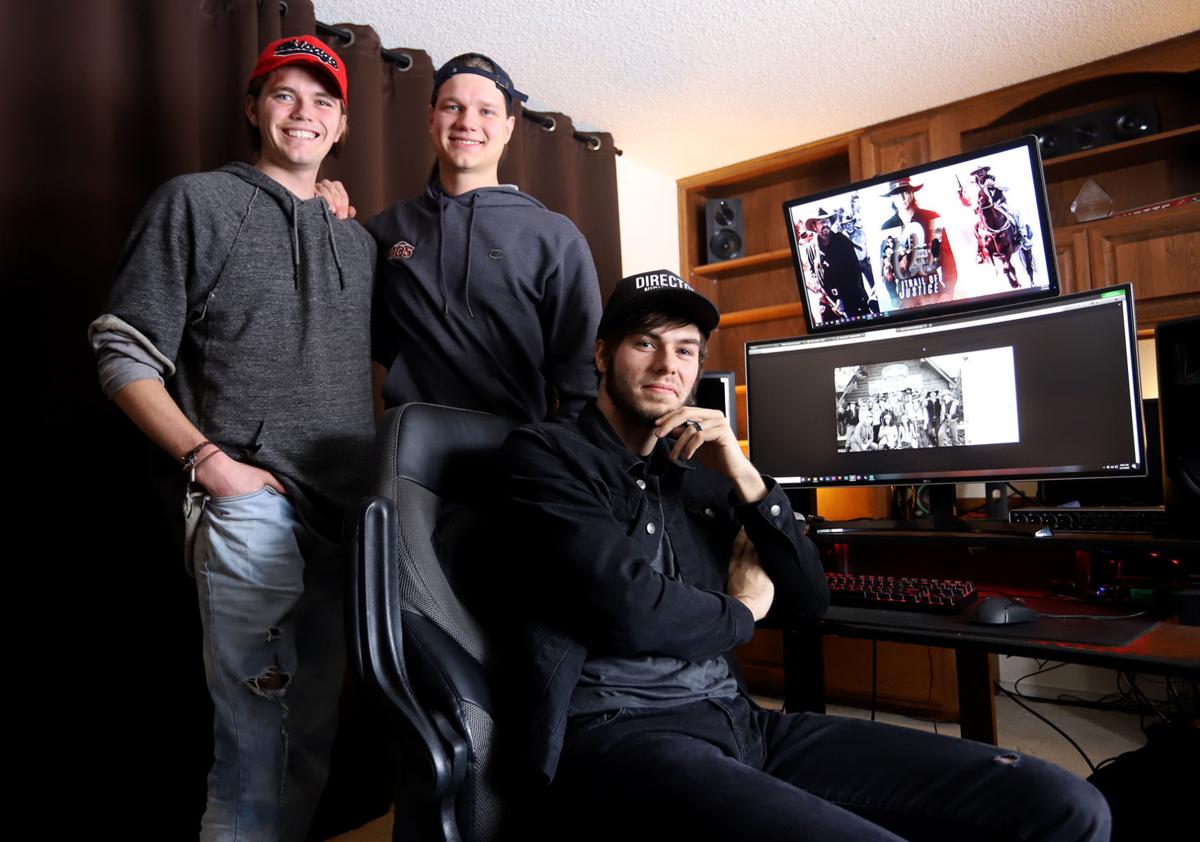 Bitterroot Valley filmmakers Christian Jessop, Luke Valimont and Nick DeBoer are looking forward to the red carpet screening of their feature-length western "Trail of Justice" on Saturday, Feb. 29, at Hamilton's Pharaohplex Cinema. The red carpet event begins at 9:30 a.m. The event is free and open to the public. 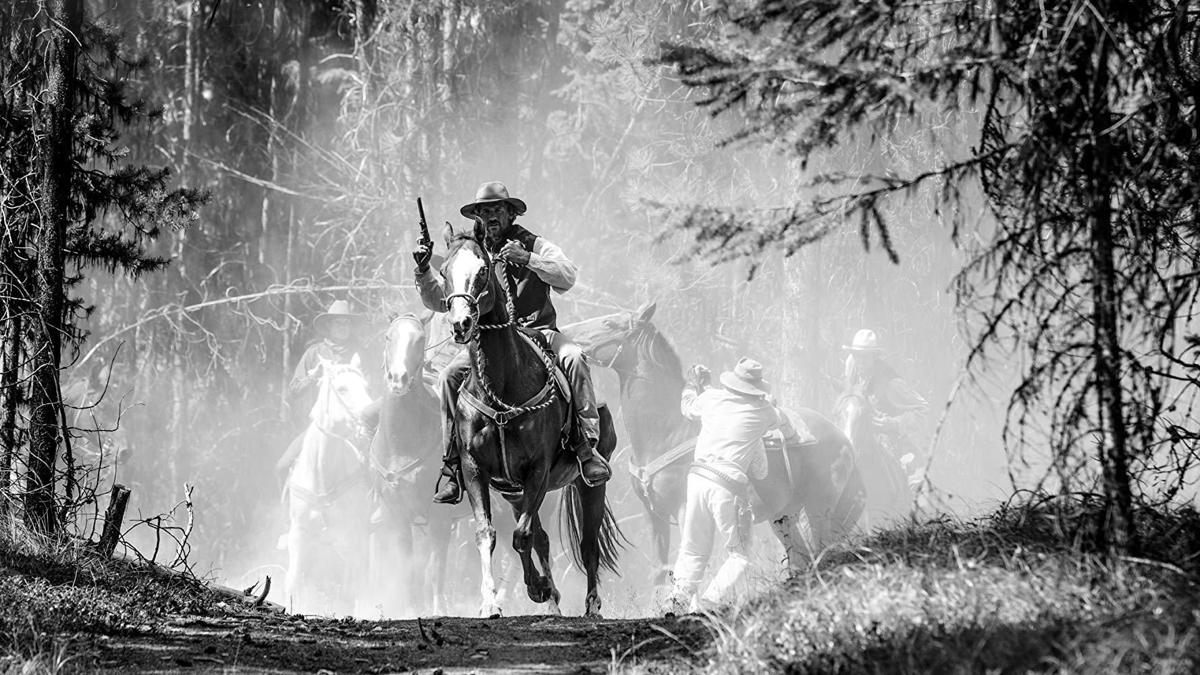 The new Bitterroot Valley-produced "Trail of Justice" was three years in the making. 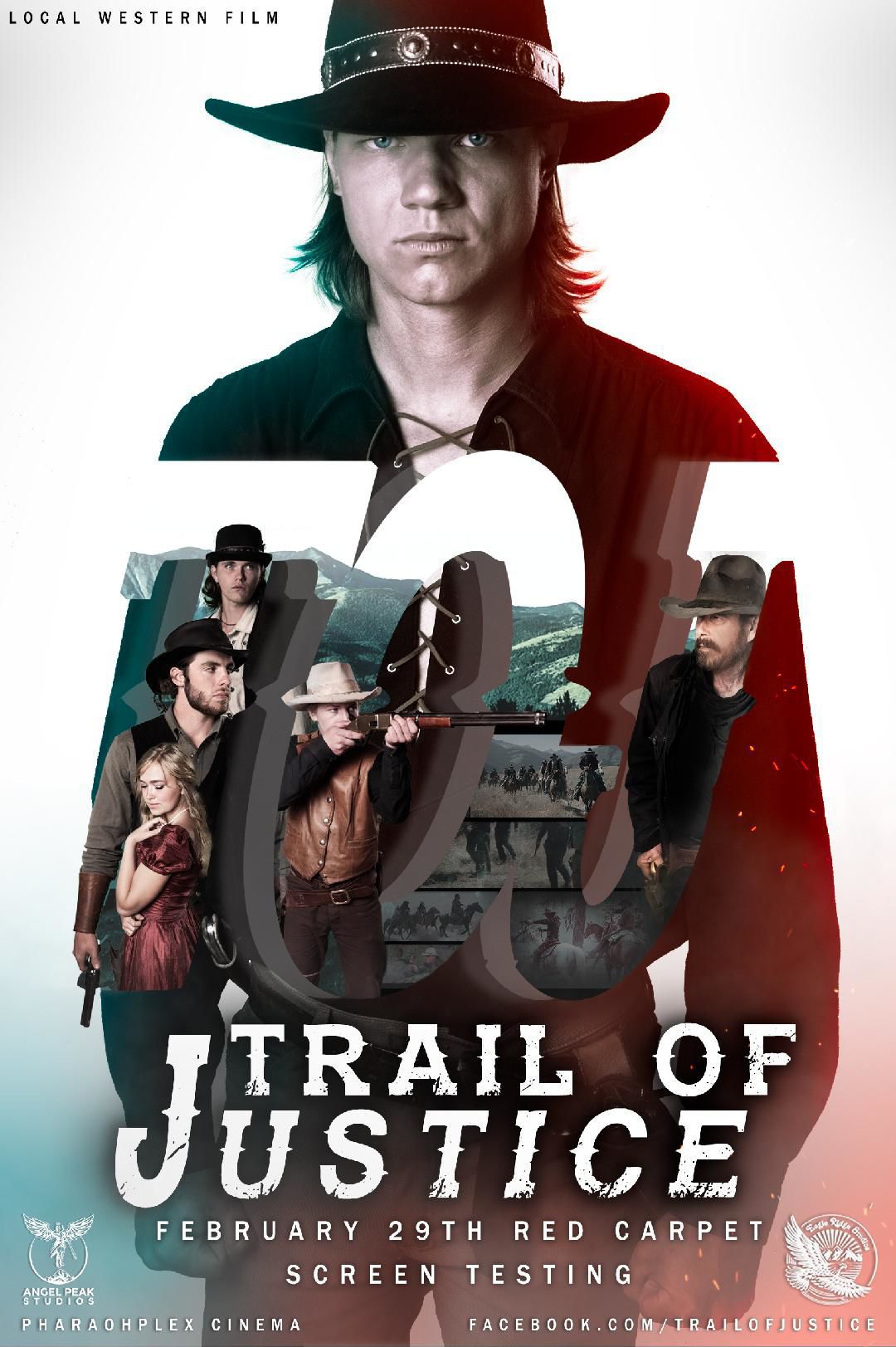 Three young filmmakers from the Bitterroot Valley are hosting a screening of their new film Trail of Justice on Saturday, Feb. 29, in Hamilton. 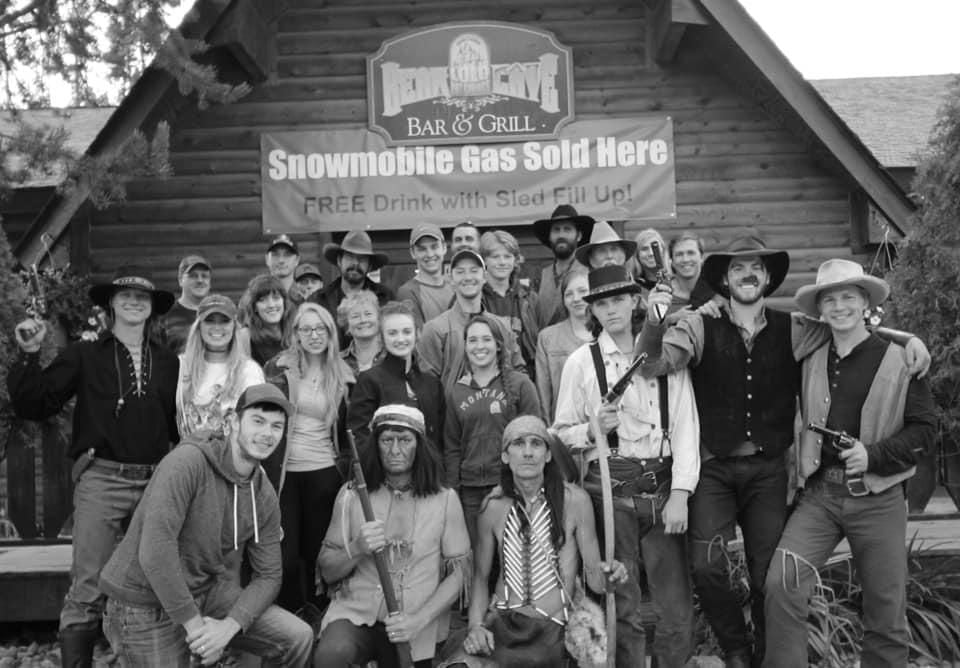 More than 300 people volunteered to help three young filmmakers produce  "Trail of Justice" and more than 70% came from the Bitterroot Valley.

It was a movie that they hoped would have made the likes of John Wayne smile.

On that cold day, when they pulled on their cowboy boots and picked up their cameras, not a one had celebrated their 20th birthday.

They were young, but their dreams were big.

And maybe even more important, the three had the support of hundreds of folks from the Bitterroot Valley and beyond who were willing to give freely of their time to ensure their film was a success.

On Saturday, Feb. 29, many of those people and their friends will have their first opportunity to see the film that pushes time back to the 1800s as it follows three cowboys whose lives take a dark turn when tragedy strikes. It’s a story of justice, revenge and loyalty told in a family-friendly way in the John Wayne-era style of western movie-making.

The movie’s director, Nick DeBoer and co-producers and actors Luke Valimont and Christian Jessop will join others who participated in the film at the red carpet screen testing at Hamilton’s Pharaohplex Cinema at 9:30 a.m. The movie, free to everyone who gets there early enough to get a ticket, will start at 10 a.m.

On a recent morning, the three young filmmakers sat down in their home-based studio just outside Stevensville to talk about their journey they can trace back to their early teens when they began making low-budget western films that gained an appreciative local audience and support from the community.

Valimont said he can remember going into the attic above the barn at DeBoer’s home to watch the then 12-year-old teaching himself how to create special effects on his computer.

“He could CGI an arrow into you when he was 13 and make it legitimate,” Valimont said.

At the same time, Valimont and Jessop were learning how to act and all the other behind-the-scenes work that goes into putting together a movie. They all worked on the local favorite “Return to Zion Ranch.” When members of that first company dissolved, a few local people stepped forward to offer some funding for the next project.

Valimont and Jessop wrote an outline for the film and pitched the idea to the Montana Film Office. With a state grant in hand, they were ready to start filming.

Montana Film Office Commissioner Allison Whitmer said the Bitterroot filmmakers applied for a Big Sky Film Grant that is available to Montanans looking to produce a film in the state.

Whitmer said it’s not usual for the grants to go to young people. Several have been awarded to high school-based programs.

“These grants are all about developing that creative environment here in Montana,” Whitmer said. “The resident grants help people develop the kinds of filmmaking skills they can use to make films and other projects here in Montana. … We think it’s really empowering.”

Whitmer has seen the “Trail of Justice” trailer and looks forward to seeing the full-length film. The trailer can be viewed at https://www.youtube.com/watch?v=-NSHgVNWMOE

“It looks really great,” she said. “They are a great group of guys who have taken the spirit of the grant and ran with it. I’m hoping for good things for them in the future.”

All three agree that filmmaking is their future.

“It’s something that we’re all really passionate about,” Valimont said. “We loved every minute of it. Our end goal is to turn this into a career.”

The next step will be to get the film accepted by as many film festivals as possible this year. They’ve already sent it to Australia and Orlando. They plan to enter the movie in other international, national and state festivals as well in hopes that someone will buy the rights to show it online or on the big screen.

Once they get through that process, they’re already starting to plan their next project.

Of course, it will be a western.

“We’re in Montana,” Valimont said. “We have all the resources we need right here to do westerns. We think it sets us apart. There are not a lot of westerns being made anymore and the ones that are aren’t like what they used to be. There’s no more John Wayne kind of movies. That’s the feeling we want. This whole movie is family-friendly. Any age group can sit down and watch about it without worrying about anything that might not be age-appropriate.

“Beyond that, you can put a dude on a horse and throw a drone in the air and you have a crazy shot that no one else can get because of all the beautiful scenery we have around here,” he said. “It makes us unique. Everyone locally loves it.”

All three agree the movie wouldn’t have been possible without the support they received from the community. They estimate more than 300 people stepped forward to volunteer their time to help make it a success.

“I think probably 70% of the cast and crew were from the Bitterroot,” DeBoer said. “They were all volunteers.”

“We owe the community a lot,” Valimont said. “We could not have done this without them. That’s why we wanted to show it here first. We wanted to make sure that they had a chance to see it before it went on the film festival circuit.

“We encourage people to come down at 9:30, meet the cast and get their ticket,” he said.

A Lone Rock area family lost their home to a fast-moving fire early Friday morning. A search continues for their three dogs that were frightened by the fire and sirens.

The Hudson family's nonprofit, Wyatt for Life, presented a sixth set of snow tires to a high school student Friday. The nonprofit was established in memory of their son, who died last year following a crash on icy roads.

State Sen. Jill Cohenour announced Thursday afternoon the Department of Justice has decided it will offer an extension after all to nonprofits that had been told their specialty license plates would be revoked.

Tickets are on sale for the 6th annual International Fly Fishing Film Festival that brings both short and feature-length films produced by professional filmmakers from all corners of globe to Hamilton. The annual event is hosted by Eddie Olwell’s Fishs Eddy O Outfitters. All proceeds go to the Bitter Root Water Forum.

Fans of Molly Hackett’s popular columns on gardening in this part of the world can get that sage advice gathered in one place in her new aptly titled 176-page book, “More Dirty Fingernails.”

Bitterroot Valley filmmakers Christian Jessop, Luke Valimont and Nick DeBoer are looking forward to the red carpet screening of their feature-length western "Trail of Justice" on Saturday, Feb. 29, at Hamilton's Pharaohplex Cinema. The red carpet event begins at 9:30 a.m. The event is free and open to the public.

The new Bitterroot Valley-produced "Trail of Justice" was three years in the making.

Three young filmmakers from the Bitterroot Valley are hosting a screening of their new film Trail of Justice on Saturday, Feb. 29, in Hamilton.

More than 300 people volunteered to help three young filmmakers produce  "Trail of Justice" and more than 70% came from the Bitterroot Valley.