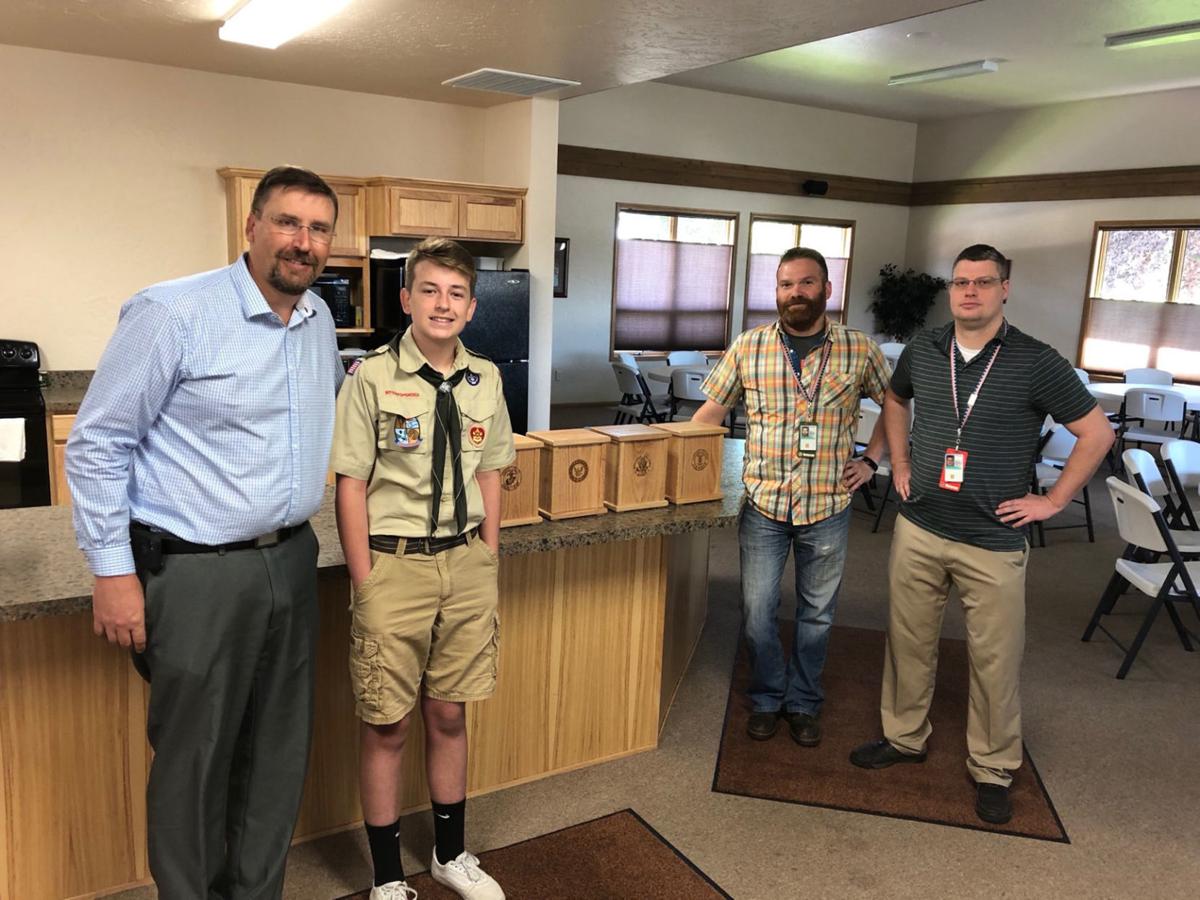 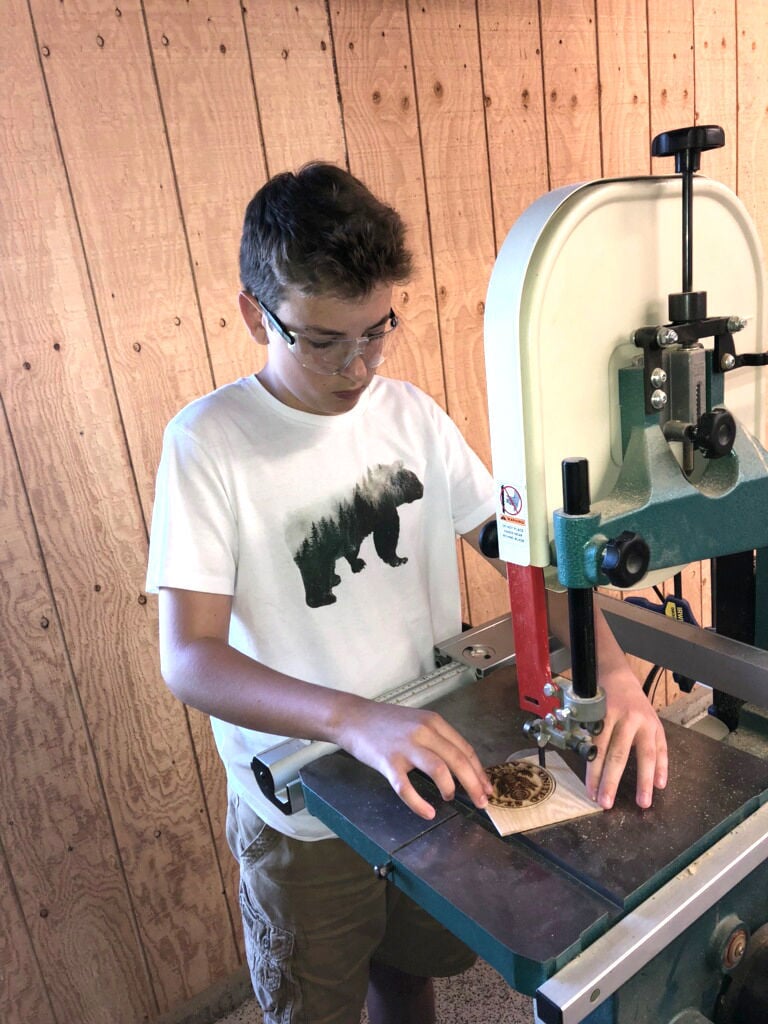 Eagle Scout Cooper Gurney uses the high school laser cutter to engrave disks for urns he built for use by deceased veterans. 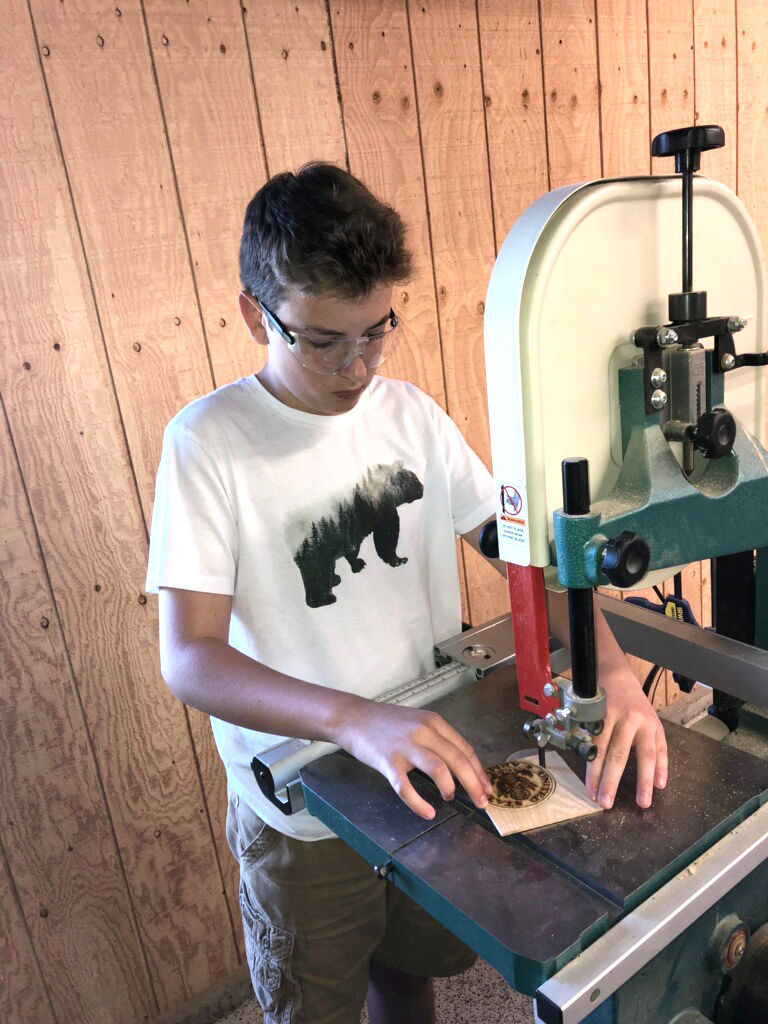 Eagle Scout Cooper Gurney uses the high school laser cutter to engrave disks for containers he built for use by deceased veterans.

Eagle Scout Cooper Gurney uses the high school laser cutter to engrave disks for urns he built for use by deceased veterans.

Eagle Scout Cooper Gurney uses the high school laser cutter to engrave disks for containers he built for use by deceased veterans.

To earn his rank of eagle, a Hamilton boy scout built 23 containers to serve as urns for deceased veterans.

Cooper Gurney, a freshman at Hamilton Middle School, said he got the idea from his father’s woodworking magazine that showed the project and talked about how many veteran’s remains are unclaimed.

“Dad likes to work in his shop as a hobby and I read an article in one of his woodworking magazines and thought it was a good idea,” he said. “The article talked about the need and how one veterans’ remains were unclaimed and he ended up being buried in a shoe box.”

The Gurney family moved from eastern Washington, a big change with more people and mountains, while son Cooper Gurney, 15, pressed on towards earning his rank of eagle scout.

A donation of wood from Massa Home Center in Hamilton and time and talent of troop and church members helped him complete the project.

“We were in a rental at first but when we got moved in to a house I could get the rest of it done,” Cooper Gurney said. “The first step was getting the wood cut in the right dimensions, then sanding and getting the groves cut out.”

The bottom of each container is held together with screws for ease of installing contents, but the rest of the unit is tongue and grove.

Cooper Gurney was in middle school when he made the disks that are engraved to say “Armed Forces” and the logos from four branches of the military. He used the laser cutting equipment at the high school and installed them with care.

Gurney delivered the 23 wood containers to Daly Leach Memorial Chapel for storage and use.

Two of the urns have already been used.

Daly Leach Director Tom Grymes said one was sent out of state.

“The family that received that was just blown away that it was available to them and the other we placed the person in and took him up to the veteran’s cemetery,” Grymes said.

He praised the project.

Gurney said he is proud of the project.

“I’ve helped on other people’s eagle project and I feel like mine is definitely helpful to the community and was a good project over all,” he said.