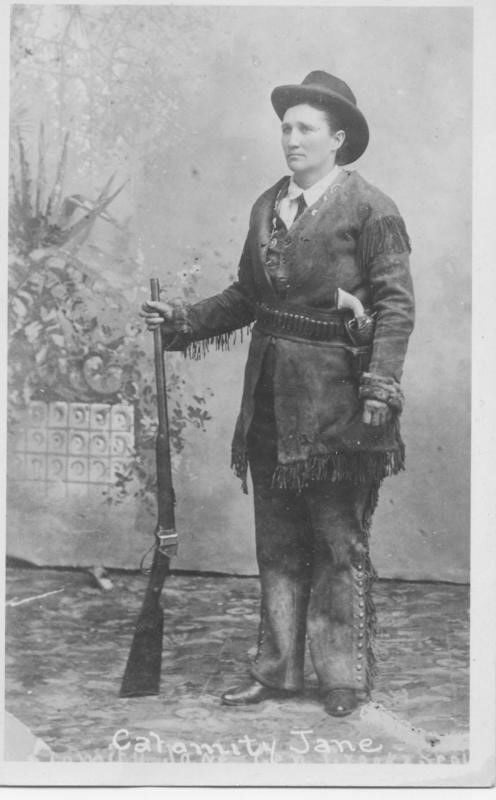 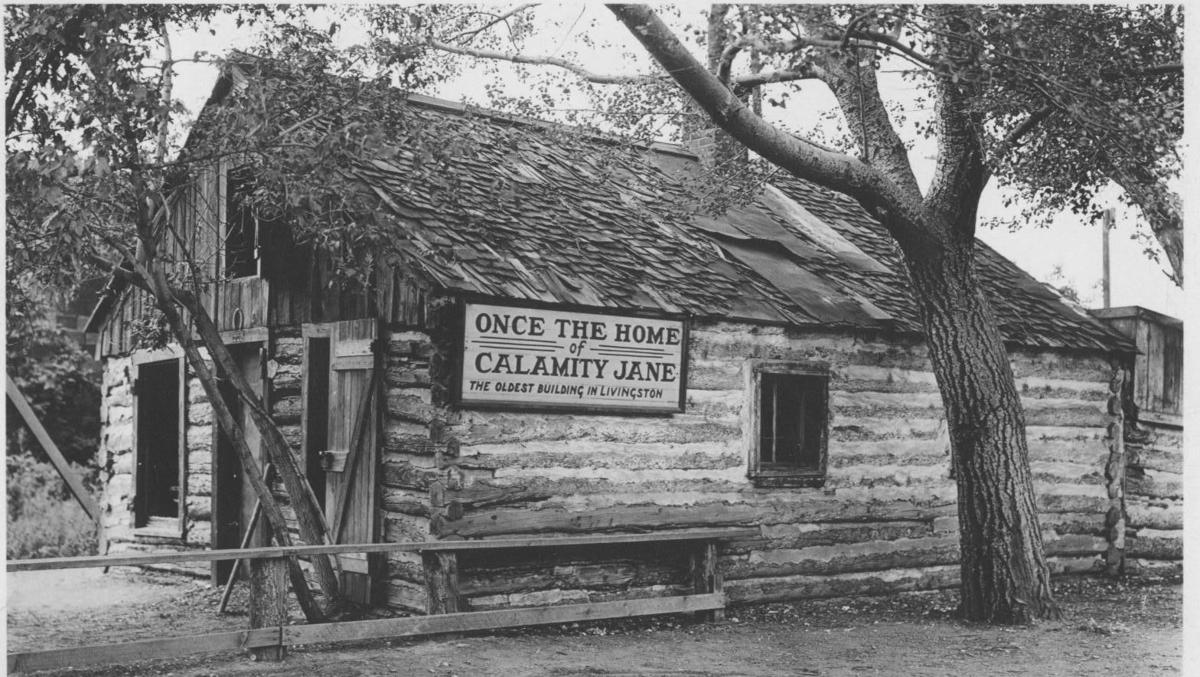 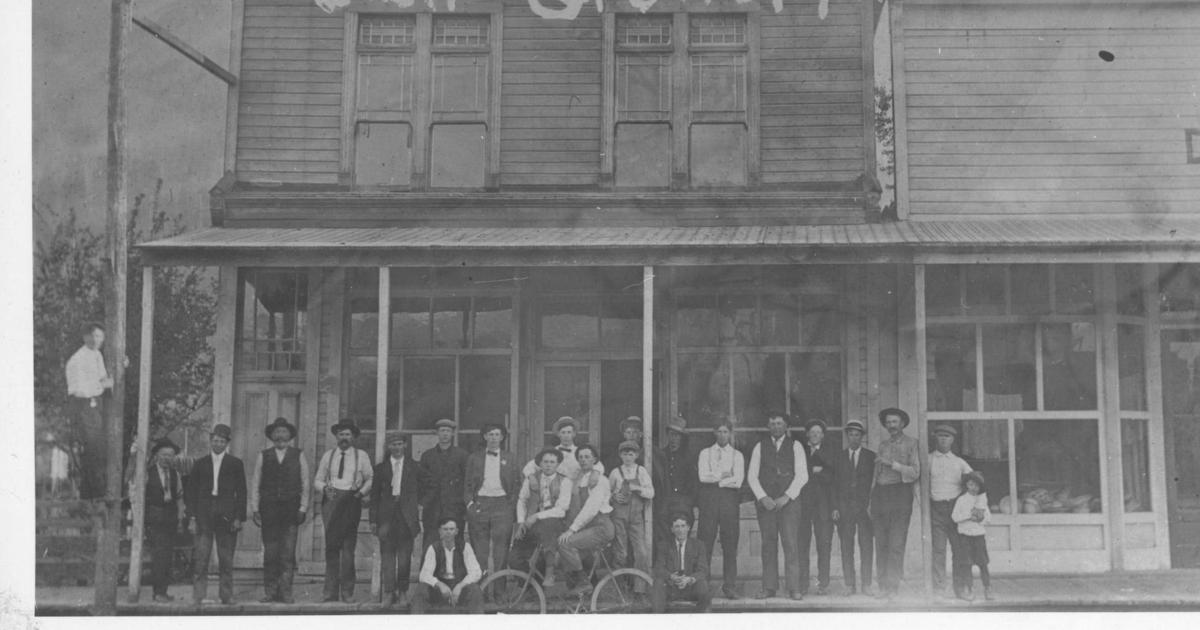 The headline read, “Once A Bitter Rooter: Death of Calamity Jane, the Notorious, Recalls the Fact That She Was Once a Resident of This City During the Boom Days of the Capitol Fight." This was just the kind of historical tidbit I needed to whet my appetite, and I quickly read on with eager delight.

The story came from the Ravalli Republican and went as follows, “When the news of the death of Calamity Jane was read in the press dispatches, many a resident of Hamilton recalled the fact that the noted character had once lived in this town. It was during the halcyon days of the capitol fight, when there was plenty of money in circulation in Hamilton and the town was on the boom. Calamity came to town and brought her husband with her. She started a restaurant in the building on Main Street now occupied by the Rockafellow Shooting Gallery and Johnnie Ritchie’s Peanut Buggy. History relates that she put up a swell feed. She got into no end of trouble during the few months she called this town her home and finally left, greatly to the sorrow of many creditors.”

Besides the fact that Calamity Jane and her husband appear to have successfully dodged their creditors, a number of things may be gleaned from this brief article. Although the piece fails to mention what year she operated her restaurant, it does mention that it was during the time of the Capitol Fight. This refers to a heated battle that was waged between Helena and Anaconda for the honor of housing the state capitol. Copper baron William A. Clark backed Helena, where he held a number of profitable mining claims, while Anaconda had the support of his arch rival Marcus Daly. These two powerful industrialists were fierce competitors in every respect, and both were determined to have their way. They each owned newspapers throughout the region and both men shrewdly used the power of the press to forward his particular cause.

The territorial capitol had already been moved once from Bannack to Virginia City, and in 1875 a freighter was hired to move the papers and records once again, from Virginia City to Helena. The ongoing battle between Daly and Clark really got fired up when Montana was granted statehood in 1889. The Copper Kings fought a bitter campaign, until the matter was finally settled once and for all in 1894 with a statewide election. Both men lobbied hard and many backroom deals were made, but in the end Helena got the nod. It has been estimated that at least fifty millionaires owned residences in Helena during those Boom Days, and at that time they made up the largest concentration of wealth per capita in the nation.

So, from what we have learned, it seems more than likely that Calamity Jane ran her restaurant in Hamilton sometime between 1889 and 1895. The article was published shortly after her death on the 1st of August 1903, and states that Calamity’s restaurant was “in the building on Main Street now occupied by the Rockafellow Shooting Gallery and Johnnie Ritchie’s Peanut Buggy.” With a little bit of research I soon discovered that the Rockafellow family arrived in the Bitterroot Valley that very same year. Still, there was no mention of them ever owning a shooting gallery on Main Street, and I hit another dead end on Johnnie Ritchie’s Peanut Buggy. Originally most of the buildings on Hamilton’s Main Street were of wood construction, and chances are good that Calamity’s restaurant was of a similar construction. Early photos reveal predominately false-fronted wooden buildings lining the street, and eventually all but two of these first generation buildings were replaced with permanent brick structures, which means that the building housing her restaurant probably no longer exists. Today, the only wooden buildings left on Main Street from that era are the ones currently occupied by Art City and the Signal Grill.

Another interesting phrase in the newspaper headline is “Calamity Jane, the Notorious,” and this might be the perfect time to follow up on that aspect of the article. Almost all of the iniquitous exploits that are supposed to have surrounded Calamity Jane might have contributed to her notorious reputation. Reportedly she cussed, drank, caroused and lied her way through the west with a consistency that equaled the most vulgar men of the time. Her incorrigible adventures were exaggerated in dime novels and pulp journals from coast to coast, with each new story a bit more fantastic than the last. But just who was this wild child of the old west?

Martha E. Cannary, alias Calamity Jane, according to her brief autobiography, first came to the Montana Territory early in the 1860’s at the tender age of thirteen. Her family had emigrated from Missouri by the overland route, and arrived at the bustling gold mining camp of Virginia City during the height of the stampede. Her father was a professional gambler, and her mother apparently dealt in one of the more common vices found in all the popular mining camps of that era. Martha was the oldest of six children, and she dutifully bore the burden of caring for her siblings while her parents plied their trade upon the eager miners who poured into the area from nearly every corner of the earth. An article in the Montana Post dated December 31st 1864 seems to have taken particular notice of her plight, and the editors of the Virginia City newspaper made it perfectly clear who they felt should shoulder the blame when they carried the following story. “Three little girls, who state their names to be Canary, appeared at the door of Mr. Fergus, on Idaho Street, soliciting charity. The ages of the two eldest ones were about ten and twelve, respectively. The eldest girl carried in her arms her infant sister, a baby of about twelve months of age. Canary, the father, it seems, is a gambler in Nevada City. The mother is a woman of the lowest grade, and was last seen in town, at Dr. Byam’s office, a day or two since. We understand that the little ones returned to Nevada, where they have existed for some time.”

The next news we hear of Calamity Jane is from the boisterous little mining camp of Blackfoot City, which stood about twenty miles northeast of Deer Lodge. One or two lonely cabins remain there today, but for a while during it’s heyday, the rough and tumble camp boasted a population of nearly 2,000. Gold was first discovered in the area in 1865, and one early visitor described the scene as such, “After crossing the divide, we landed in this city…Half the cabins are groggeries, about one fifth are gambling saloons, and a large percentage are occupied by the fair but frail ones who ever follow the miner’s camp.”

These conditions would seem to suit the natural proclivities of Calamity’s parents perfectly, and by one account her mother ran a bordello there called Madame Canary’s Bird Cage. Yet sometime in early 1866, Madame Canary died suddenly of unknown causes, and was buried there in the ill-famed and mostly long forgotten gold camp. It is here that Calamity apparently first gains the label of Notorious. One eyewitness years later related that he had been present during a stickup at a local grocery at Confederate Gulch, not far from Blackfoot City, perpetrated by none other than the then fourteen-year-old Calamity Jane. Although his account certainly has to be taken with a grain of salt, the storyteller does say that all of the absconded groceries were generously meant to go towards the aid of some sickly miners that Calamity was caring for.

In her autobiography Calamity claims that after the death of her mother, her father moved the family from Blackfoot City to Utah, in the spring of 1866. According to her own account, her father died there the next year, and she arrived at Fort Bridger, Wyoming, with her siblings in 1868. After that there is no further mention of her siblings, and we have to assume that she left them there to fend for themselves, while she followed the same dissolute profession as her mother. She later claimed to have served as scout for various military expeditions, but there seems to be no basis for the claim. Captain Jack Crawford, who was the actual chief of the Army scouts at the time, refutes the notion outright. Crawford did recall however, that as assistant Marshal of Custer City, South Dakota, he was once “under the painful necessity of arresting Calamity for intoxication and disorderly conduct.”

Despite her habitual inebriation, it is a generally accepted fact that Calamity was an expert bullwhacker, and she earned an honest living moving freight across the wide-open prairies of Montana, Wyoming and the Dakotas. In later years she was known to frequent the bustling gold camps sprawling out across Montana, and she even ran a restaurant at Castle City, near White Sulphur Springs. But in order to fully understand just who Calamity Jane really was, we have to consider the insightful testimony of one old muleskinner that knew her back in her heyday. This witness had worked beside her on the freight trail and claimed that when it came time to deliver, “She took her place as any man would, and did her share of the work with the best of them.”

Snowbound in the Valley of Troubles

The East Fork of the Bitter Root River passes through an open area that has been known for many years as Ross Hole.

The coming of the 'Black Robes'

Not too long after the Lewis and Clark Expedition, there came into the region of the Great Northwest an influx of diverse English, Canadian, a…