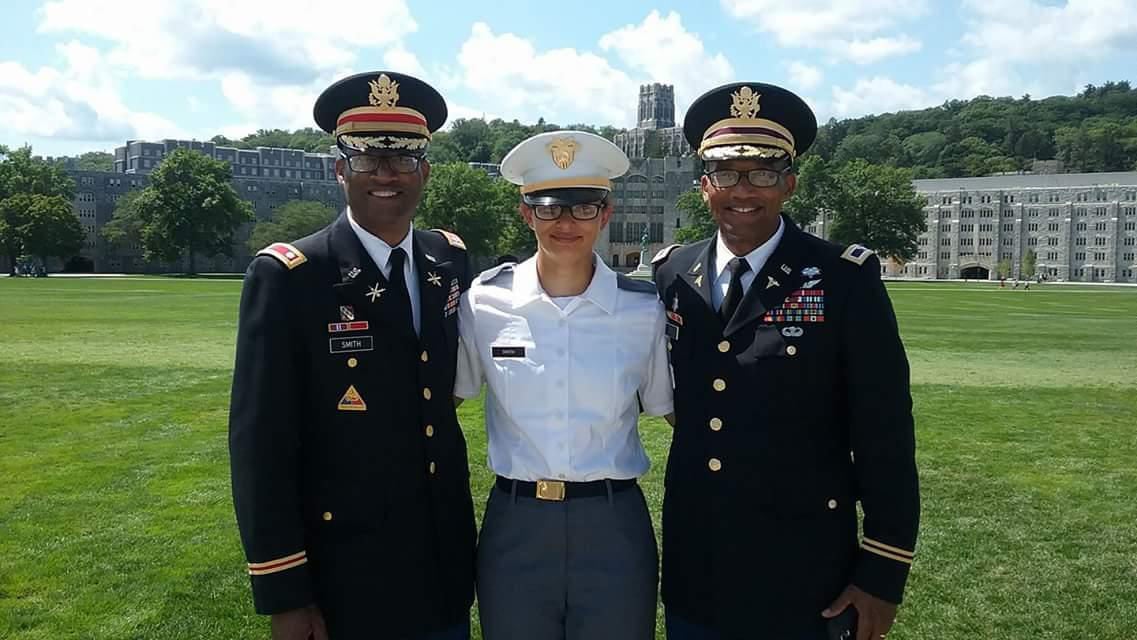 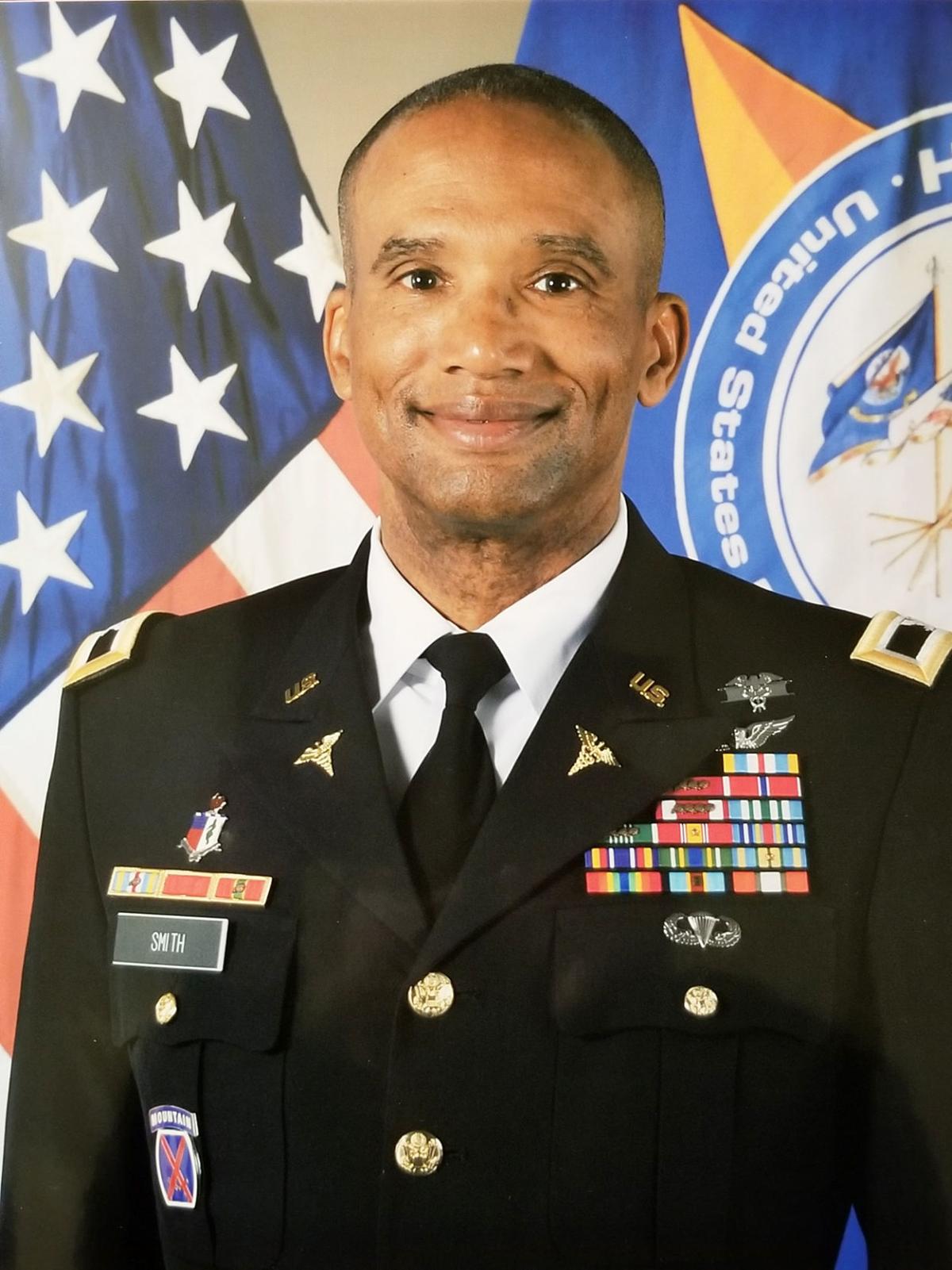 Darby graduate Colonel Ronald Smith served a total of 30 years, having attained the rank of Colonel as a Family Physician in the Medical Corps. 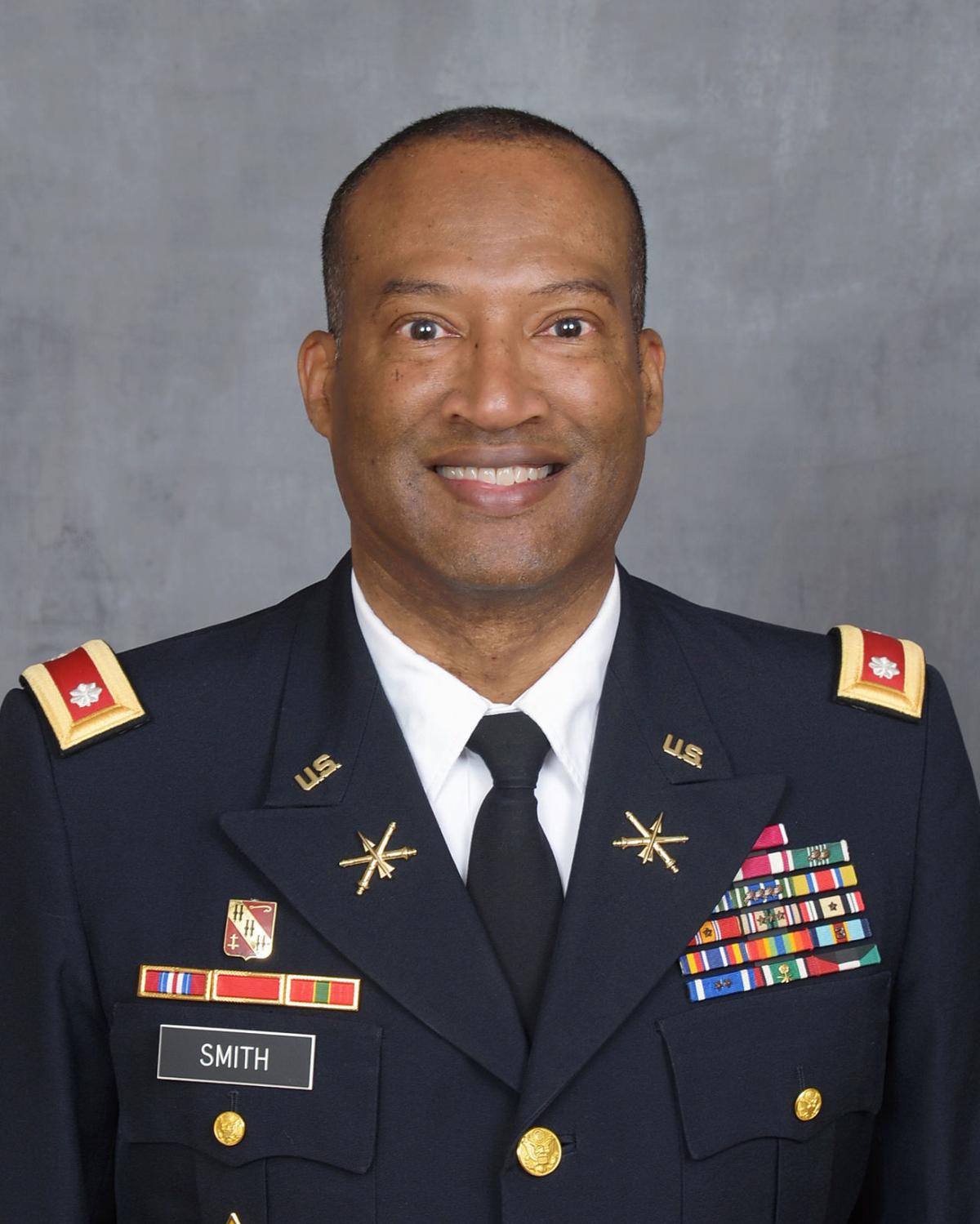 Lieutenant Colonel Mark Smith served a total of 22 years active service and reserve service, having attained the rank of Lieutenant Colonel in the Air Defense Artillery. His final eleven years of service were as an Academy Professor at the United States Military Academy, West Point.

Both entered Navy Reserve officer training programs, then switched to the Army midway through college.

Ronald Smith was commissioned from the Massachusetts Institute of Technology as a second lieutenant by his uncle, Clarence Smith, in 1985, then traveled to Oregon State University to commission his brother, Mark, a week later.

Colonel Ronald Smith served 30 years as a family physician in the Medical Corps. He performed his final service as the European Command Surgeon.

He served multiple overseas assignments in Germany and Korea, and one combat deployment to Afghanistan as the 10th Mountain Division Task Force surgeon after the attack on the twin towers, planning medical support for Tora Bora and Operation Anaconda during the initial actions of Operation Enduring Freedom.

He commanded at two clinics, a medical battalion, a combat support hospital and a medical brigade. He served four times as a command surgeon. During his service he participated in the monitoring of the Sinai Peninsula between Egypt and Israel, closure of the U.S. Cold War presence in Berlin, assisted in a POW/MIA recovery mission in Laos, and supported forces in Korea during North Korea’s sinking of the submarine Cheonan and bombing of the South Korean island of Yeonpyeong.

Mark Smith said growing up in Darby was great.

“The education and athletics helped to provide me with the qualities and background to win a four-year ROTC scholarship and ultimately retire from the Army,” he said. “It was surprising that even from the little town of Darby people could go to a big organization and make a positive impact.”

Mark said he appreciated all of the “kind and inspiring words he received from residents of Darby and the Bitterroot Valley.

“Their inspiration prompted me to send my stories, ‘Messages from Mark’ words from the war zone in 1991 while I served in Desert Storm,” he said. “These same inspirations continued to encourage me throughout my military career, despite whatever remote place the Army sent me. I believe growing up in the valley prepared me to always maintain a positive outlook wherever I went."

Mark Smith served a total of 22 years active service plus reserve service and attained the rank of Lieutenant Colonel in the Air Defense Artillery. He performed his final eleven years of service as a professor at the United States Military Academy, West Point.

He initially served in Buedingen, Germany protecting the Fulda Gap during the last years of the Cold War. After deactivating his first unit, he was reassigned as a platoon leader to the 5-3 ADA to provide short range air defense protection to the 3rd Armored Division Main Headquarters (“Spearhead”) as a part of the VII Corps sweep from Saudi Arabia into the western flank of Saddam Hussein’s forces in Iraq.

His “war time diary” to the Ravalli Republic during the sweep became local news during Desert Shield and Desert Storm.

He returned to Germany as the Staff Officer for German-American relations, then entered the Reserves. Following the awarding of a doctoral degree in Wildlife Science from the University of Wisconsin, Madison, he returned to active service, eventually assigned back to Germany in the Dutch-German-American Extended Air Defense Task Force in Giessen, then to the North Atlantic Treaty Organization (NATO) Southern Regional Headquarters in Naples, Italy, where he was involved in the deployment of the European Union Force and NATO’s Over-The-Horizon-Force into Kosovo, and from where he again deployed to Baghdad, Iraq, as a NATO liaison officer to the Multi-National Corps – Iraq just as control and sovereignty of Iraq was handed over from the United States to an interim Iraqi government. His next assignment was instructor at the United States Military Academy, West Point. His older brother, Ronald, who had also commissioned him, performed his retirement ceremony. Mark retired Sept. 30, 2017.

Ron Smith said he attributes his successful military career to the neighbors, teachers, and community of Darby and the Bitterroot.

“The Montanans I met tended to fare well in the military environment, and could be trusted to tell the straight truth, work hard, and enjoy the simple pleasures,” he said. “In traveling through 37 countries and working with three times that many nations, none can equal the formative experiences of growing up in Western Montana. It is always great to come home. We are blessed indeed."

The Smith family has been residents of Montana and Darby since 1970, 50 years.

The Bitterroot National Forest announced Thursday that it would be closing all campgrounds, Lake Como day-use sites, Woods Cabin and the East Fork Guard Station through April 30th to help reduce the potential spread of the novel coronavirus.

No travel ban in Ravalli County

Motorists, pedestrians and bicyclists do not have to be concerned about being stopped and questioned regarding their reasons for being outside of their homes, Sheriff Steve Holton said in a press release late Friday afternoon.

Several fundraising efforts continue for a Stevensville man and his two grandchildren who survived a shooting that took the lives of two women.

Wanting to prevent the spread of the COVID-19 disease caused by coronavirus, Ravalli County community members are stepping forward to do what they can to help.

STEVENSVILLE — Ray E. Williams, 64, of Stevensville, passed away after being diagnosed in January 2020 with pancreatic cancer. His wife of, Pa…

Letter from the publisher

The Missoulian and Ravalli Republic are taking steps to reduce expenses in the second quarter. Our employees will each be required to take two weeks off without pay during the quarter.

On Wednesday, the Bitterroot Forest joined others in the Northern Region to waive the cost of the permit through June 1.

Darby graduate Colonel Ronald Smith served a total of 30 years, having attained the rank of Colonel as a Family Physician in the Medical Corps.

Lieutenant Colonel Mark Smith served a total of 22 years active service and reserve service, having attained the rank of Lieutenant Colonel in the Air Defense Artillery. His final eleven years of service were as an Academy Professor at the United States Military Academy, West Point.