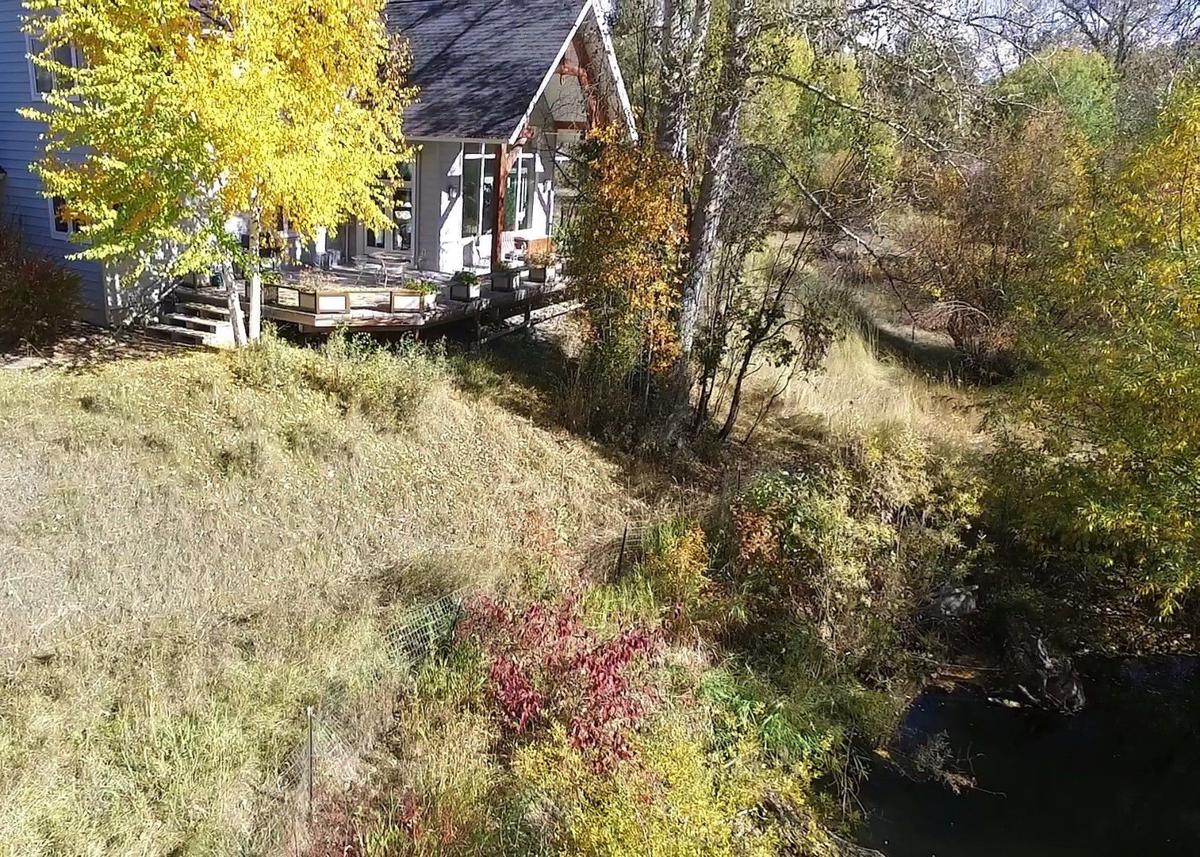 Howard Eldredge and his wife, Patti, of Victor have learned a lot of managing riparian habitat after building their home near Sweathouse Creek. 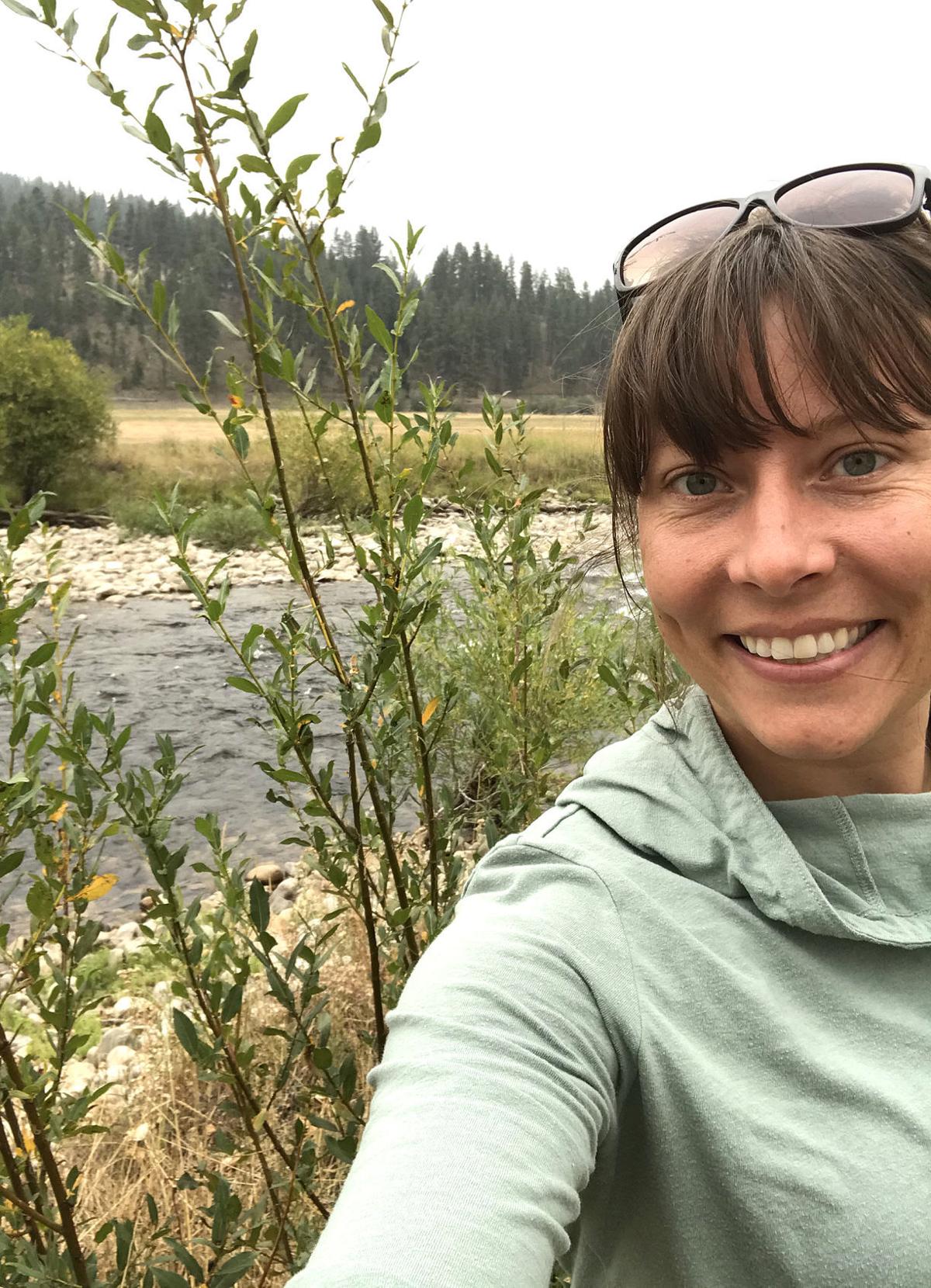 Here in the Bitterroot we are lucky to have the beautiful river and its tributaries running through our valley.

I was once told that there are more tributaries entering the main stem of the Bitterroot River per river mile than any other major river in Montana. With that abundance of streams crossing our valley, there are thousands of properties in the Bitterroot that are streamside or riverfront.

We have seen that owning streamside property in the Bitterroot can be peaceful or thrilling and comes with added responsibility.

We talked to one stream and riverside landowner about his experience. Howard Eldredge and his wife, Patti, live in Victor, and their property has about three tenths of a mile of Sweathouse Creek down to its confluence with the Bitterroot.

Howard said of having streamside property, “…there is a great responsibility for taking care of the resource. I’m not sure that I realized that when I started here. We had some problems with bank stabilization.”

Moving here in the early 1990s, Howard bought the property and planned out his house with the views of the stream he wanted to capture in mind. Now, he knows that they built the house too close to the stream and he wishes it was set further back from the water’s edge.

Three large trees came down during high water and changed things on the property, with the stream moving towards Howard’s house. Using those downed trees, he had a “soft” bank stabilization project put in. “Soft” bank stabilization takes advantage of the natural processes of riparian habitat and the roots of plants help hold the banks together. They installed the root wads of those trees in the bank and planted native shrubs between them.

As a streamside landowner it is best to understand natural stream processes, and it can save you headaches and expense in the long run. Streams move as a part of their healthy process. When movement is inhibited by unnatural means like “hard” bank stabilization, large angular rock used to armor the bank, sometimes known as rip rap, it can cause other issues upstream and downstream of the area.

“Some people like to have human contact right to the edge of the stream. It’s not good for the stream. It’s bad habitat for fish. The roots of a plant tend to stabilize the bank. If you look at nature, nature puts bushes alongside the banks. It’s called the riparian area. So, when you disturb the vegetation, you’re potentially causing yourself problems,” said Eldredge.

The riparian area is the “green zone” of water-loving vegetation found along streams and it is vital. Streamside vegetation should be preserved because it protects streambanks from erosion, protects or improves water quality by buffering the stream from pollutants, provides shade to the stream helping to reduce water temperatures, slows water flows aiding in replenishing groundwater, and provides habitat for fish and wildlife.

“Streams are seldom all by themselves, they have systems around them. Maintaining that system is pretty important,” Eldredge said.

In dealing with his bank stabilization issues he became interested in learning more. Being retired he says, “I have time to follow that interest with service on the Conservation District which supervises the 310 law. The gist of that law says that anytime you do a project, anything you do to the bed or banks of a perennially flowing stream, you need to get a permit. To newcomers it can feel like government overreach but it’s really a resource of helpful information.”

Conservation Districts are units of local government designed to help citizens conserve their soil, water, and other renewable natural resources. In Montana, CDs have the additional responsibility of implementing the Natural Streambed and Land Preservation Act, also known as the 310 law. This law requires a permit from the local CD before any work is done in Montana’s waterways. You must apply for a free permit to do any work disturbing the bed or banks of streams. For more information contact the Bitterroot Conservation District at 406.361.6181 or bcd@qwestoffice.net.

Ultimately, Eldridge says you can’t “fix” a streambank, and managing it may involve leaving the natural processes of a stream in place or using natural means to improve the situation. Local resources like the Conservation District and the Bitter Root Water Forum can help.

In response to a growing number of real estate transactions around streamside properties, and to raise awareness of how to responsibly live near streams, the Water Forum is partnering with the BCD to launch a streamside landowner resource packet. Information will first be mailed to new streamside landowners, and made available at the Chamber of Commerce, BCD, and Water Forum offices. Eventually, the groups hope to connect all streamside landowners to resources that can assist them in making management decisions that simultaneously benefit their properties and natural resources.

“Watershed Wellness” is a monthly installation provided by the Bitter Root Water Forum, a local nonprofit that builds community around the river. Learn more about the Water Forum and their education and restoration programs at www.brwaterforum.org.

People in the Bitterroot feel profoundly fortunate to live in this amazing place. It seems that the natural beauty, wild spaces, and vibrant communities of the Bitterroot have enabled us all to better weather the upheaval of daily life caused by the pandemic.

Irrigation is complex — even without delving into water rights — which will be covered in a future Watershed Wellness installment. This month,…

Howard Eldredge and his wife, Patti, of Victor have learned a lot of managing riparian habitat after building their home near Sweathouse Creek.