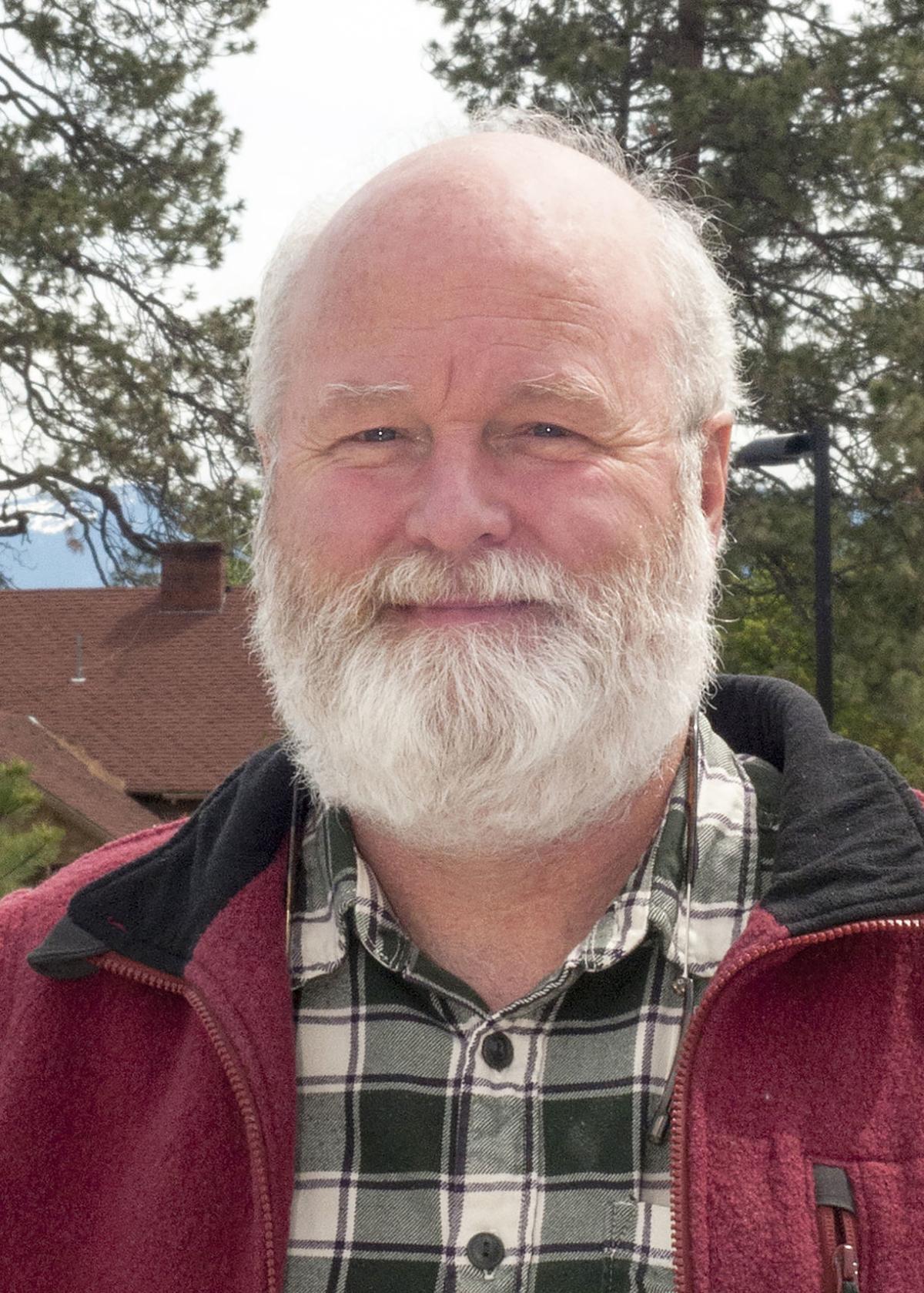 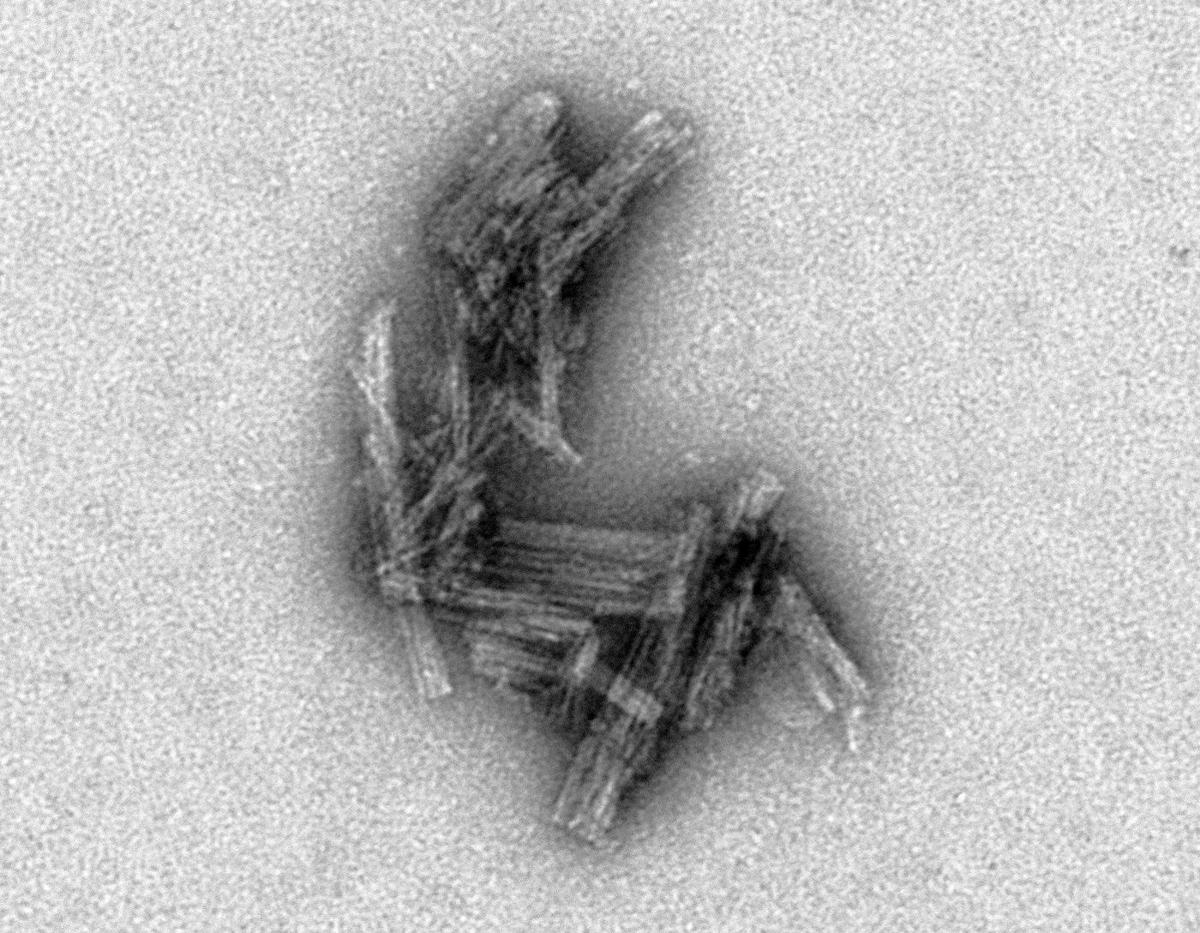 An abnormal cluster of tau protein that is detected early by the ultra-sensitive test at Rocky Mountain Laboratories in Hamilton.

NATIONAL INSTITUTE OF ALLERGY AND INFECTIOUS DISEASES and THE RAVALLI REPUBLIC

The National Institute of Allergy and Infectious Diseases announced Thursday that a scientific team has developed a test that detects a protein associated with Alzheimer’s disease and chronic traumatic encephalopathy (CTE), a condition found in athletes, military veterans and others with a history of repetitive brain trauma.

The findings could lead to early diagnosis and better treatment.

Byron Caughey, a senior investigator in the institute's Laboratory of Persistent Viral Diseases, led the team who developed the ultra-sensitive test at Rocky Mountain Laboratories in Hamilton.

“The test is based on how the protein clusters grow in the brain, a process that we have adapted into highly efficient and rapid test tube reactions,” Caughey said. “The test is so sensitive that if a pinhead-sized piece of brain were dispersed into a thousand gallons of liquid, the test could detect toxic clusters in a pinhead-sized droplet of the dilution.

"The ability to detect these clusters with such high sensitivity may improve the development of diagnoses and treatments for these fatal diseases.”

Caughey said Alzheimer’s disease currently affects over five million Americans and this number is projected to rise to 15 million by 2050.

“According to the Alzheimer’s Association, the costs of caring for those patients is currently $232 billion and, by 2050, may exceed the United States defense budget” Caughey said. “Alzheimer’s disease remains difficult to diagnose accurately, especially early in the disease process, and no treatments that alter the underlying brain degeneration are available.

"Clearly, Alzheimer’s disease is a huge problem for patients, families, caregivers, and the economy — one that will only increase with time if we cannot figure out how to address it more effectively.”

In their new study, published in Acta Neuropathologica, the researchers explain how they adapted a diagnostic test originally developed for prion diseases to detect the abnormal clusters of tau protein in Alzheimer’s disease. Like other proteins involved in neurological diseases, tau protein clusters can seed themselves and contribute substantially to the disease processes of Alzheimer’s and CTE.

Caughey’s lab has been working on this project for over five years and said the biggest technical challenge was to find, through extensive trial and error, conditions that allowed the test reactions to give positive responses when, and only when, tissue from a diseased patient was added.

The Caughey lab has developed its approach over the last decade to detect Creutzfeldt-Jakob (CJD) and other prion diseases. They also have repeatedly improved and adapted it to detect other more common neurological diseases, such as Parkinson’s and dementia. The test, which already is used widely in clinical settings around the world to diagnose sporadic CJD, is noted for its accurate and rapid results.

Their latest findings could be a major advance for Alzheimer’s diagnostics because the study points to tau seeds as potential biological “markers” for Alzheimer’s disease in the brain. Scientists are testing therapies to slow the accumulation of tau clusters and the progression of neurological disease. In these efforts, they need more sensitive and accurate tests to better select clinical trial participants and assess whether new therapeutic strategies work as hoped.

Caughey said that a common approach to developing treatments for Alzheimer’s and CTE is to find ways to block tau clumping and accumulation.

“However, the development and testing of such treatments has been hindered by difficulties in accurately identifying appropriate groups of patients and controls for clinical trials, especially before a lot of irreversible brain damage has occurred,” he said. “Also, such drug testing would be aided by an ability to measure whether a given treatment actually reduces the levels of toxic tau clumps in the brain.”

The Rocky Mountain Laboratories scientists hope that their new test will help with both patient selection and drug evaluation in clinical trials.

Gathering articles of warmth for homeless folks was educational.

Corvallis has an outdoor ice rink — at least, it will when the weather cooperates.

An abnormal cluster of tau protein that is detected early by the ultra-sensitive test at Rocky Mountain Laboratories in Hamilton.