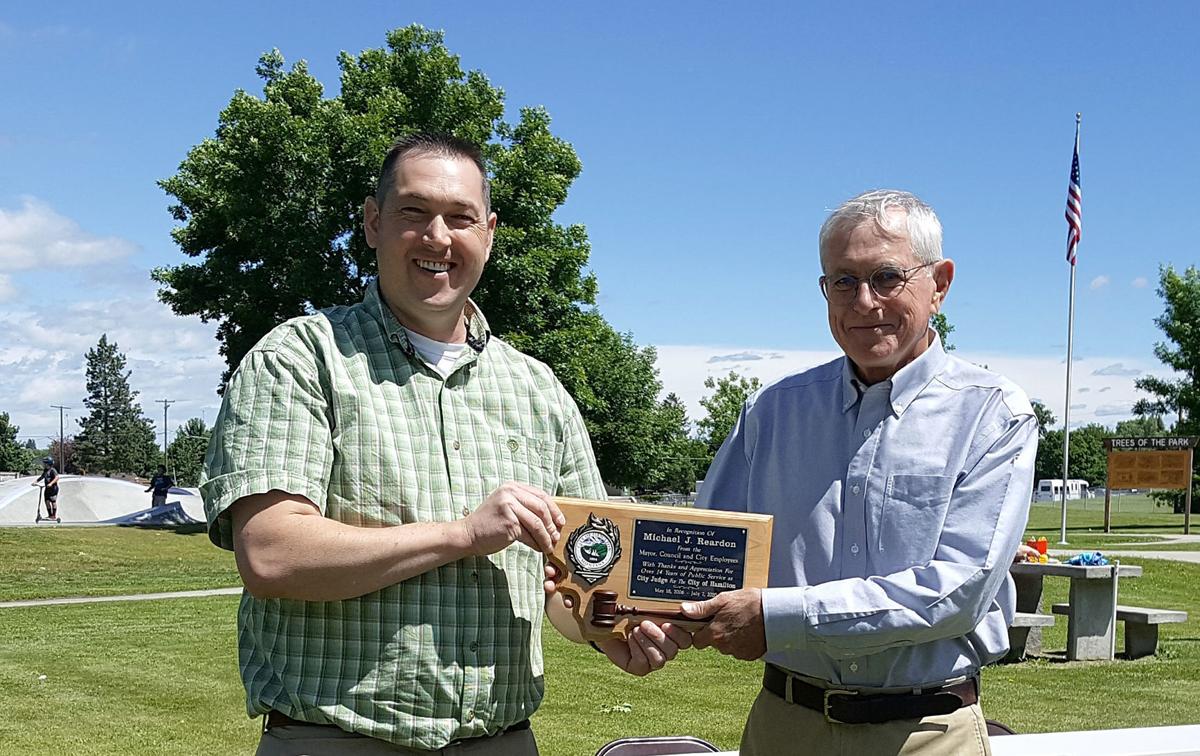 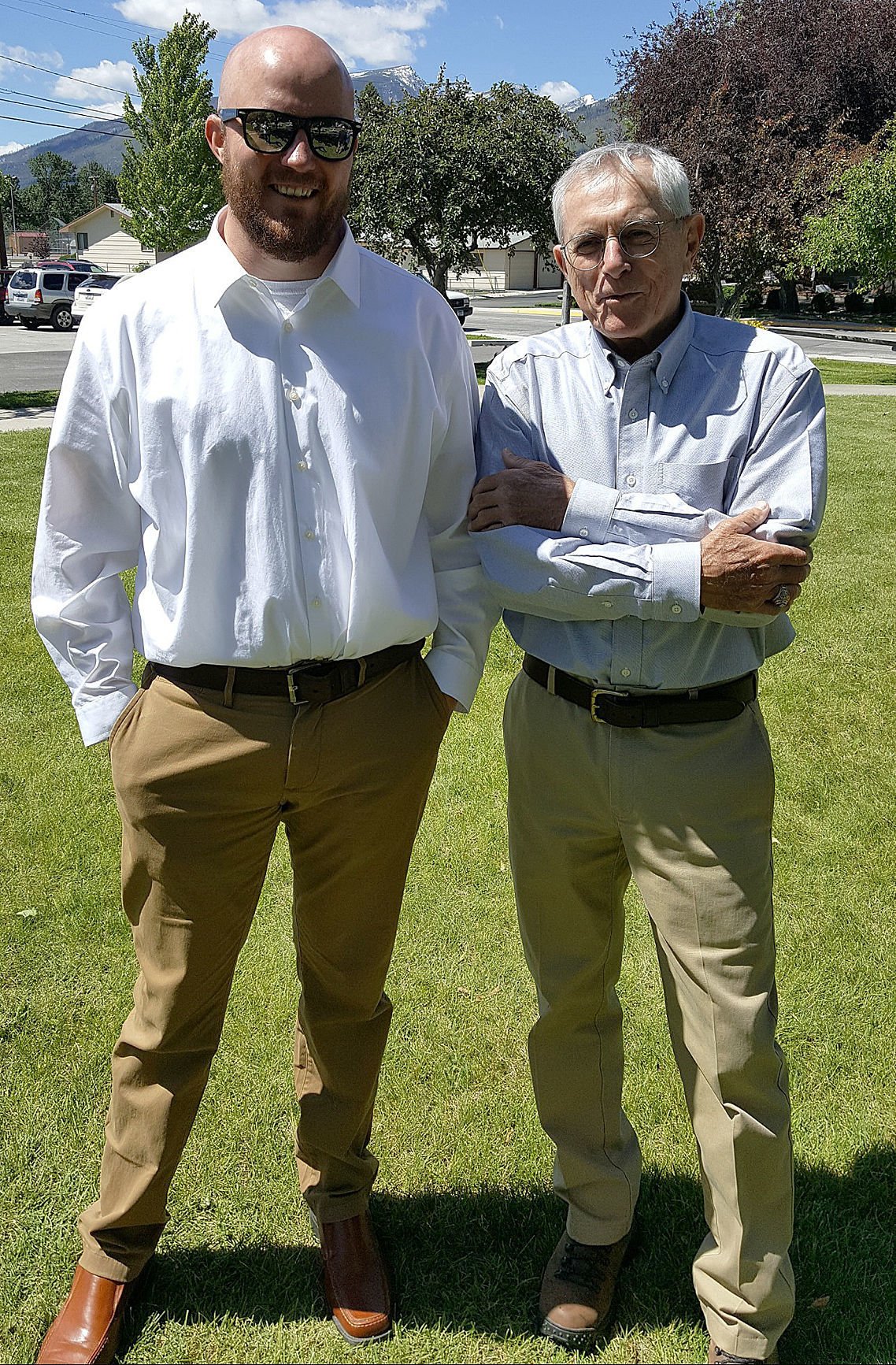 There's a changing of the guard at Hamilton City Court.

“Upon retirement I look forward to spending more time with my eternally patient, forever youthful bride Margaret,” said Reardon. “Upon the advice of Voltaire I shall attend my garden (small Bitterroot hay farm, actually) and look to continued studies in the law, political philosophy, and reading, in Greek, the writings of Plato, Aristotle, Thucydides, Xenophon and the rest of that distinguished group, and the comforting text of the New Testament as well.”

The first of five children and originally from the Chicago, Reardon was raised in rural Illinois, Louisiana and New Jersey. Reardon attended seven different schools before finishing high school. He achieved his bachelor of arts degree in history at the University of Notre Dame, and studied sciences and took a minor sequence in philosophy and theology. He received a law degree from Georgetown University Law Center, and a master's in planning and public administration from Pepperdine University (remote campuses) and then enlisted in a Marine Corps Officers selection program as a sophomore. Reardon retired as a lieutenant colonel in 1992 after 20 years' active duty and 26 years of total service.

“I came to Montana in the autumn of 1992 at the invitation of my Marine Corps buddy, attorney and Sen. James G. Shockley,” Reardon said. “I served as deputy county attorney from 1993 to 1999 and retired as a chief deputy county attorney. I left the county only to ride as horse and mule wrangler for a backcountry outfit in the Bob Marshall Wilderness, but went back to the county attorney's office for seven months because of the 2000 fires.”

Reardon sat as the Hamilton City judge from the spring of 2016 and retired on July 7, when Ryan Archibald was sworn in.

“Mr. Archibald is an accomplished criminal law attorney and a splendid gentleman with whom I am well acquainted,” Reardon said.

Archibald grew up in Missoula and graduated from Sentinel High School in 2000. He attended Montana State University Billings, where he ran on the cross-county team.

“I graduated with a B.S. in education, social science broadfield,” Archibald said. “After graduation I started my teaching career in Opheim, Montana. I then spent two years teaching in Bigfork, Montana. I last taught in Troy, Montana. I then attended the University of Montana School of Law and graduated in 2013.”

Archibald started his own practice in 2014 and joined the Office of the State Public Defender in Hamilton in 2015. After practicing in Hamilton for a year, his wife took a job in Stevensville and they decided to make the Bitterroot Valley their home.

“I have been practicing law for six years with most of my practice focusing on indigent criminal defense. I wanted to become the City Court judge because it is my goal to find ways to give back to the community. I have had the privilege of practicing in front of Judge Reardon and witnessing his compassion for the people of this community. I want to carry on the legacy he started in the City Court,” Archibald said.

“I am extremely excited about taking on the responsibility of the city judge. I have had nothing but positive feedback from the community,” Archibald said. “I know my wife and family support me. My wife encouraged me to go after this position because she knows I can have a positive impact on the community.”

Hamilton Mayor Dominic Farrenkopf was part of the selection committee that interviewed Archibald for the position.

“Mr. Archibald met or exceeded all of the qualifications of City Court Judge,” Farrenkopf said. “He is highly regarded in the legal system community and had excellent references. He is zealous about assuming his duties and determined to continue to provide a high level of service to people accessing those services from the court.”

Archibald was recommended to the Hamilton City Council and unanimously approved by them to fill the position that Reardon is vacating.

“I am most apprehensive of balancing my perspective with the community,” Archibald said. “I also have an appreciation for the impact I can have on the community but also individuals, and I take that responsibility very seriously. I am also apprehensive of filling in the shoes of Judge Reardon while making the City Court my own court.”

Archibald was sworn into office Tuesday, July 7, and assumed his duties that day.

Ravalli County has another COVID-19 case

With July 4 on Saturday, Public Health Nurse Karyn Johnston asked people to remember that COVID-19 does not take a holiday.

The Marcus Daly Memorial Hospital Incident Management Team is restricting visitors due to the increase of COVID-19 statewide and evidence of community spread in Ravalli County, effective July 1.