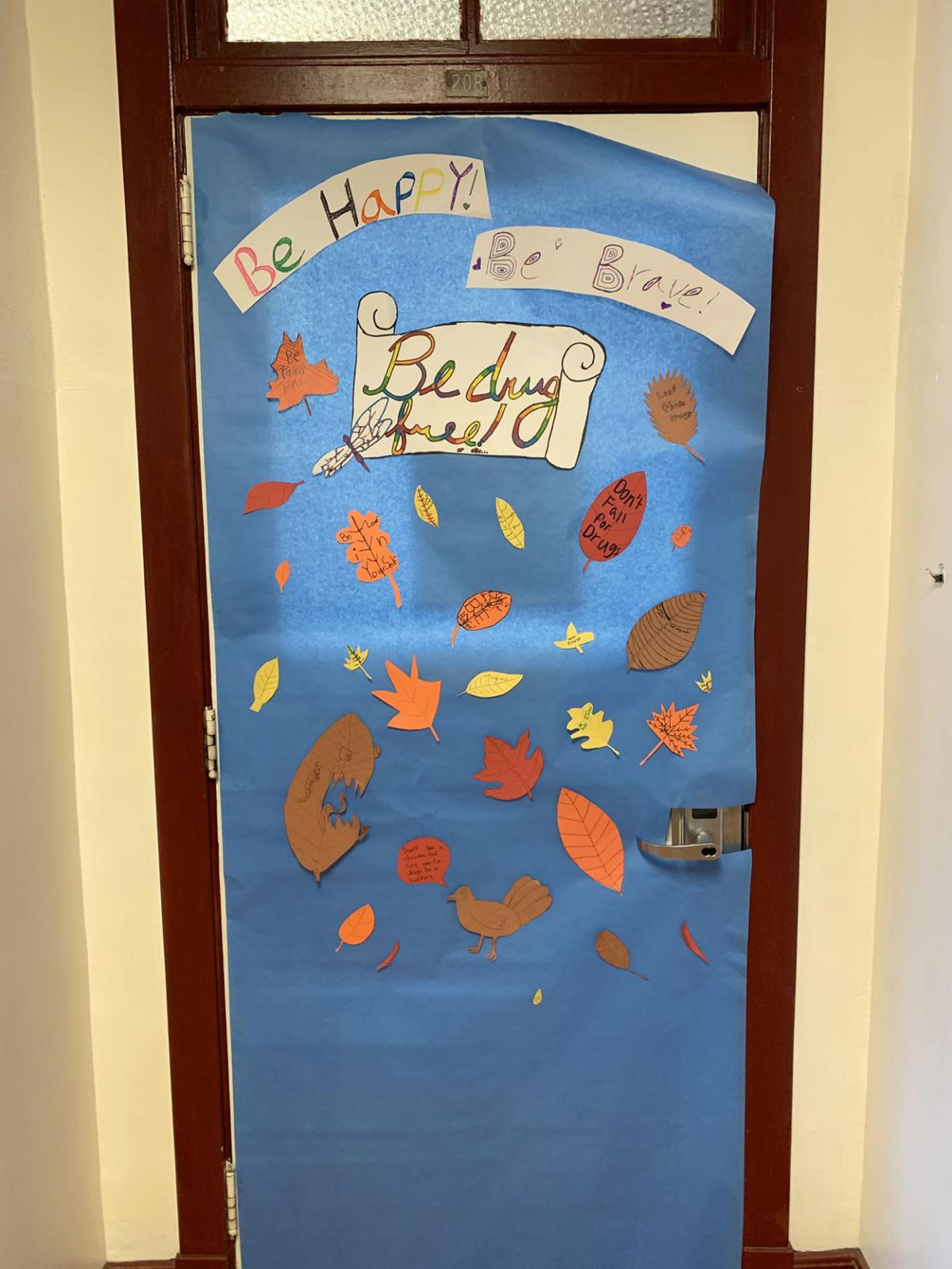 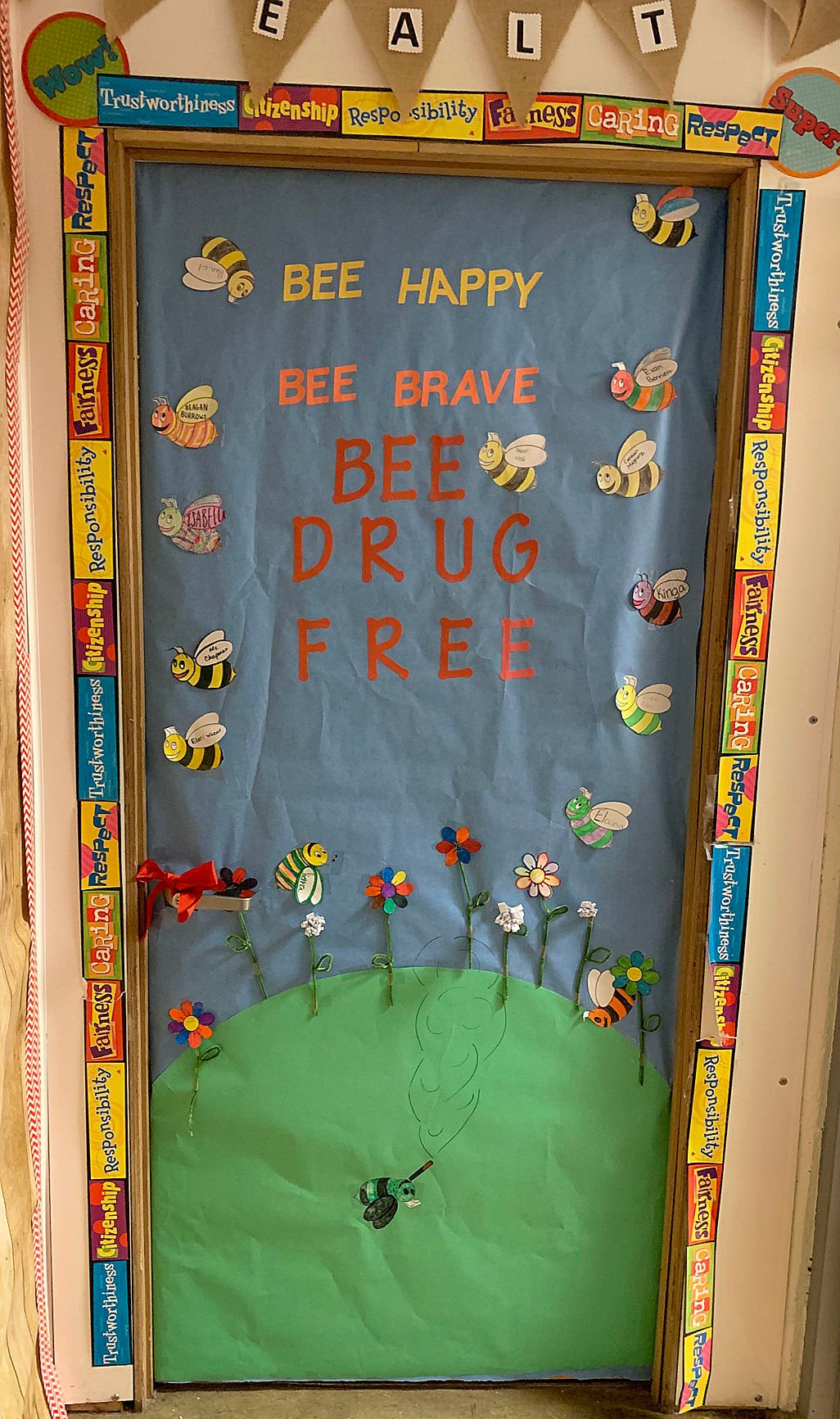 “Be Happy. Be Brave. Be Drug Free.” was the theme of the door designed by students in Erin Chapman’s eighth-grade class at Hamilton Middle School. The students won second place in the Red Ribbon Week art contest held by the Ravalli County DUI Task Force and received a pizza party on Thursday.

The goal was to encourage children, families and the community in making positive choices for healthy, happy and drug-free lives.

Wiles said the DUI Task Force is still deciding the high school poster contest winners. The winning high school poster entry will be made into a billboard and featured for three months on U.S. Highway 93 between Hamilton and Missoula.

Ravalli County DUI Task Force’s mission is to “promote a healthier and safer environment for county residents by reducing the number of alcohol/drug-related traffic crashes and underage drinking as well as increasing seat belt usage through public education, awareness, legislation, enforcement and collaborative strategies.” The program has been in existence since the mid-1990s and has a diverse membership, education and enforcement programs to encourage the community to make good choices.

Ravalli County DUI Task Force meetings are quarterly lunchtime meetings in the Commissioners Conference Room at 2215 S. 4th St., Suite A, in Hamilton. The next meetings are set for March 19 and May 21, contact Wiles for confirmation at 406-381-3131.

Watch Now: America is running out of lifeguards

North Valley Public Library in Stevensville has created opportunities for patrons to learn from award-winning authors in November and December, retired Professor Larry Watson is first and will be online on Thursday, Nov. 19.

Artists are still at work during this time of self-distancing to prevent the spread of the coronavirus. Oil Artist Norma Lee Pfaff paints in her studio in Corvallis, has a focus on wildlife and people and is as busy as ever.

Across Montana, public schools have experienced a drop in enrollment numbers, possibly due to the coronavirus. Many schools in the Bitterroot Valley have also seen the impact.

Turkey Trot is online for 2020

Donate to the Turkey Trot Go Fund Me at gofundme.com/272j31sddc. The turkey, Dominic Farrenkopf, is asking people to share it on their social media to spread the message further and help local food banks.

As COVID spreads throughout the Bitterroot Valley, schools are not seeing community spread within their schools and the superintendents attribute it to precautions including every student, staff and visitors wearing a mask.

“Be Happy. Be Brave. Be Drug Free.” was the theme of the door designed by students in Erin Chapman’s eighth-grade class at Hamilton Middle School. The students won second place in the Red Ribbon Week art contest held by the Ravalli County DUI Task Force and received a pizza party on Thursday.