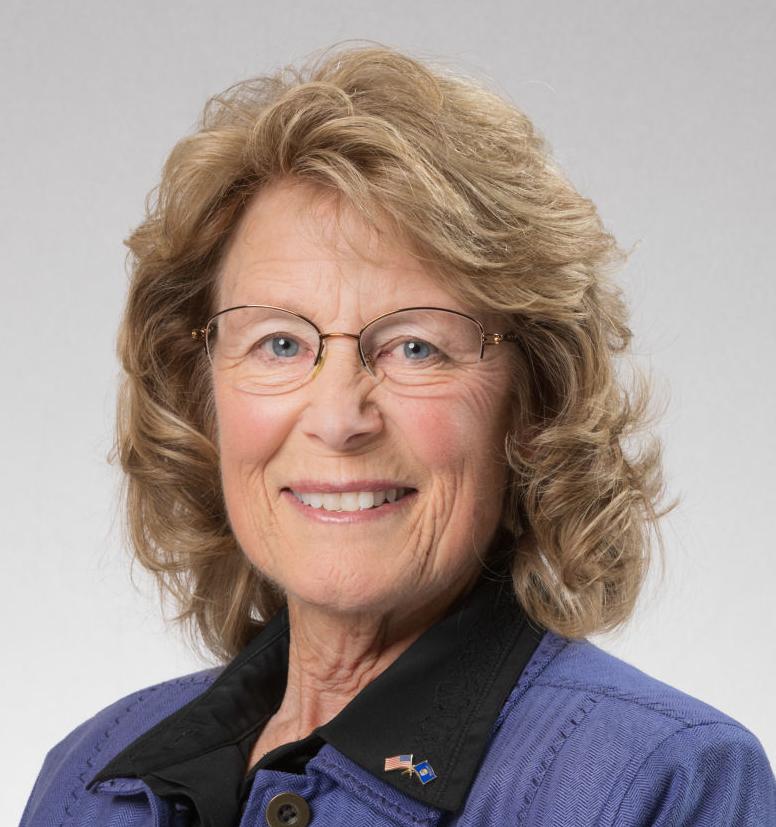 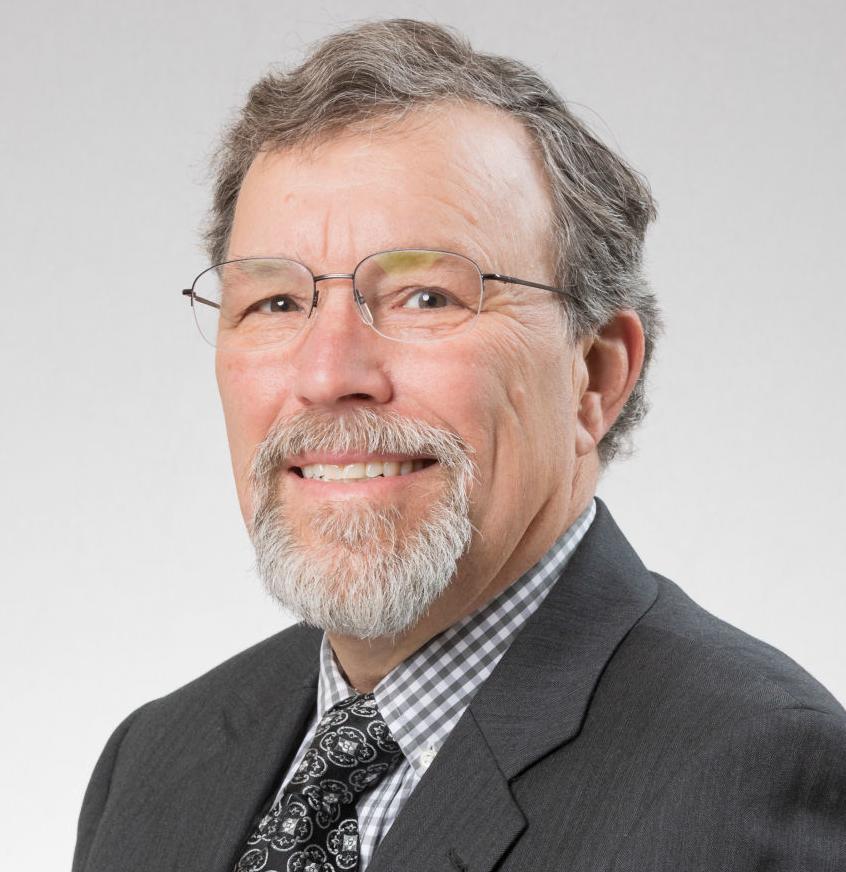 He's a 30-year U.S. Army veteran who served as a combat engineer and professor at the U.S. Military Academy at West Point and now works as a senior executive at a start-up engineering firm. He holds a doctorate in physics from the University of Alaska Fairbanks. And before running for the Montana House, he served as a trustee on the Hamilton School Board for nine years, seven as chair.

“I was the new kid on the block as a freshman legislator, but I’ve been around a little bit and done some things in my life,” Bedey said. “From what I saw, we really did not have effective leadership in the Republican caucus. … We had almost an absolute void of leadership.”

All three were encouraged by the session’s accomplishments, but discouraged about a rift in the party that they believe was unnecessary.

Republicans held majorities in the House and Senate and House leadership talked about unity. But, Greef said, "as far as I could see, there was never any effort to work with all of us. Unity was only with those few who toed the line and if you didn’t agree with them, you didn’t matter.”

All three Republicans were members of what was widely called the Solutions Caucus. Its members chose to work across party lines to pass legislation in including Medicaid expansion and an $80 million bonding bill.

Bedey said it really should have been called the "Conservative Solutions Caucus.''

“I use the term conservative deliberately,” he said. “I refuse to let go of the principles I espouse.

Medicaid expansion passed by a vote of 61-35 in the House, with most Republicans voting against it. The bill was carried by Republican Rep. Ed Buttrey of Great Falls, who was a member of the Solutions Caucus.

“In the end,” Ballance said, “they (Democrats) had to accept it because they knew it was the only thing that would get passed.”

Republicans were faced with the same challenge when it came to getting new laws passed.

“When you consider the fact there were 58 Republicans in the House this session, even if we could vote together all the time, we still … (had) a Democrat governor who could veto,” Ballance said. “We did not have a veto-proof majority.

“In fact, the only way to get anything passed was to have Democratic support because there was no veto-proof majority.”

Ballance traces the roots of the Solutions Caucus back to 2015, when she served as the House Appropriations chair across the table from Senate Claims and Finance Chair Llew Jones, a Republican from Conrad.

“He and I did not see eye-to-eye on much of anything back then,” Ballance said. “In one instance, we were sitting across the table from each other and screaming. As a result, the House put together a budget and sent it to the Senate. The Senate added things and changed others. When it came back, it didn’t look a whole lot like what I sent over.”

Ballance said she decided then something needed to change. She and Jones began to talk during the interim and began to understand each other’s positions.

By the 2017 session, she said they used that new understanding to build a plan and put together a budget that resulted in only one change by the Senate.

“For the first time, maybe in the history of Montana, we accepted the Senate amendment and did not have to go into a conference committee,” Ballance said. “Everyone was surprised, including the governor.”

During the last interim, Ballance, Jones and maybe 15 other legislators worked to create a plan for the 2019 session.

“The plan included all the things that we thought we wanted to get done during the 2019 session,” she said. “We brought in anyone who wanted to be part of the group. We invited everyone. Some showed up, some didn’t.”

After the leadership was elected, Ballance said the group offered leadership its plan, but didn’t receive anything back from them.

“Probably 90 percent of what was in that plan was accomplished by the end of the session,” Ballance said. “Anyone who was interested or acted interested in actually doing something for the state of Montana was invited. They didn’t have to agree with us. They just had to talk to us.

“That’s how we picked up Dave and Sharon along the way,” she said. “They were clearly interested in doing something while we were there.”

Bedey said he appreciated the opportunity to have thoughtful discussions about the serious issues facing the state and to search for ways that they could be realistically solved.

While Bedey said he shared many of the same principles that Republicans with hard-right leanings espouse, “the difference is their thinking stops as soon as they claim their principle. So, for them, it’s my way or the highway. The reality of the situation is immaterial.

“They are going to vote one way and they really don’t have to think about anything,” he said. “If you look at the voting patterns, you will see there’s no thinking.

“What differentiates people in the Conservative Solutions Caucus is they start with those principles, but then they look around and say, 'Here is the situation that we have to deal with now, socially and economically, and how do we advance our conservative principles within the real world?'” Bedey said.

Bedey said he believes that's what his constituents want.

“I think they sent us all to the Legislature to think through those issues and come up with solutions that serve both my constituents and the people of Montana,” he said. “I’m not going to outsource that to whoever the leader is.

“Good leadership would look like having the Conservative Solutions Caucus applied to the entire Republican caucus, where we have meaningful discussions, where we have disagreements and where we put something together that’s good for our state,” he said. “That’s what leadership looked like in this organization. It’s not a dictatorship. Perhaps some people can be bullied by leadership, but there were 20-plus people there that did not feel that way.”

Bedey said there was a group of extremists on the right and another group of legislators in the middle who might vote one way or the other.

“At the end of the day, many of those people in the middle stood with those extremists, the so-called 38 Special or Special 38,” he said. “I’m not going to question their motivation, but many of those people are not nearly as extreme as the leaders of that faction. There was not only a lack of leadership, there was positively an environment of people being ostracized and bullied.

The three agreed that they’ll need to get out and talk with their constituents to explain their positions. They have already faced a storm on social media.

They say the issues the Legislature faced were complicated and impossible to condense into a few short sentences that are often found on social media.

“People using social media tend to reduce very complex issues down to a few soundbites,” Ballance said. “The danger in doing that is you can go out and espouse your views without understanding what you’re even saying. We see so much of that today. It just gets people riled up and inflamed.

“When you have the opportunity to talk with them face-to-face and you can get them to really think about things, it makes all the difference in the world in their understanding,” she said. “It’s too easy to just use social media to hit and run, come out with short soundbites and then not bear any of the consequences for your actions or inactions.”

Greef said she was swayed on several issues after listening and learning during the session.

Greef was elected to the legislative seat her husband, Ed, held until he was term-limited out. Ed Greef voted against Medicaid expansion in 2015.

“I went to the Legislature thinking I was going to vote against Medicaid expansion, but the more I heard about the tremendous numbers of people who would end up being treated in hospital emergency rooms and the potential of our hospitals being bankrupted, or from people worried about losing their health care, I had to vote for it,” Greef said.

“One of the most important things that we need to do now that the session is over is meet with our constituents,” Greef said. “I think there is a lot of misunderstanding on votes we took and why we took the votes. Our job to communicate and get facts out there.”

For the last 27 years, Bitterroot Valley fourth-graders have played tug-of-war with a rope they made themselves.

On the road again: Bitterroot Hotshots ready themselves for another long season

WEST FORK — With a thin ribbon of flames lapping around his boots and a drip torch in his hand, Bitterroot Hotshot Micah Leslie walked along t… 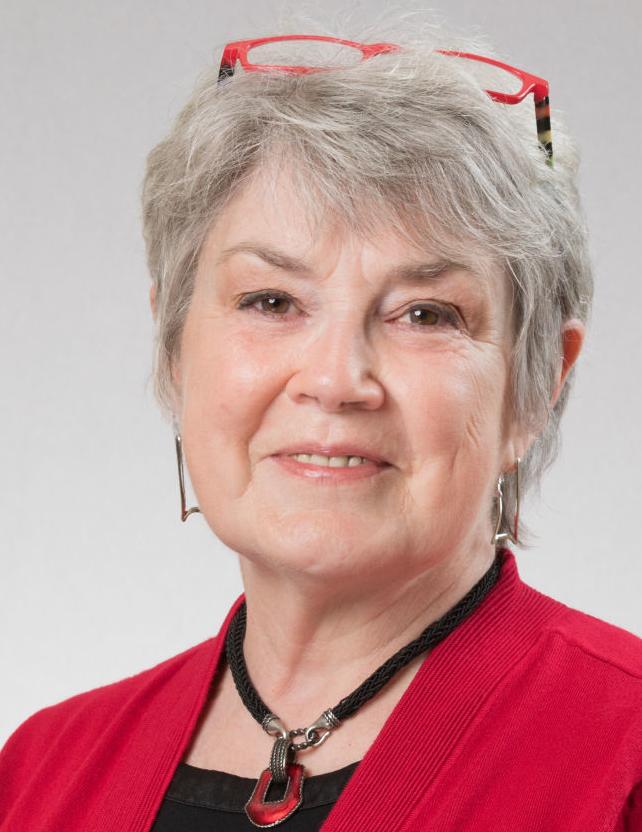