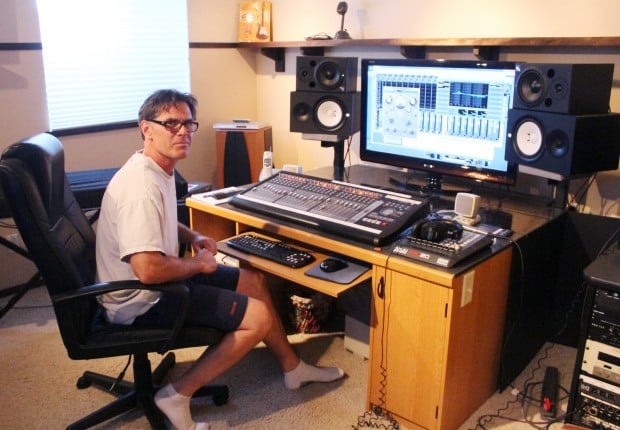 Robert Parr, of Parr Sound, at the control station of his Yellow Sea Horse Recording Studio in his home on the Eastside Highway in Corvallis. 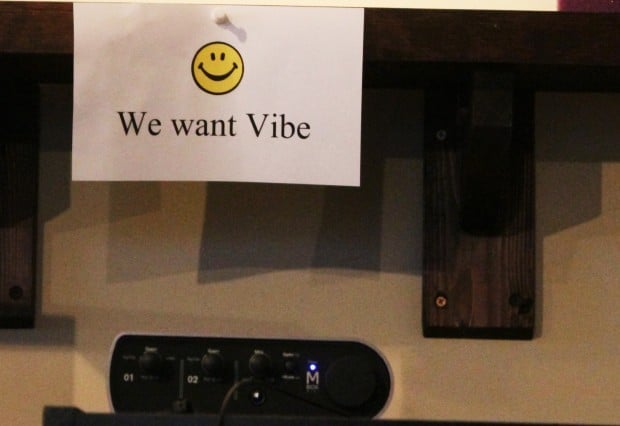 Robert Parr said the most important thing to remember in the studio is to have fun.

CORVALLIS - One of the greatest tragedies in Robert Parr's life led him to an endeavor that has brought him great fulfillment.

He was just 33 when his wife passed away, and he found himself searching for some way to fill the void that losing her left in his life. What he found was music - or more specifically, sound recording.

Fast forward 16 years, and now Parr has his own business, Parr Sound and Yellow Sea Horse Recording Studio, which he operates from the basement of his home on the Eastside Highway in Corvallis.

He does it all: live mixing for bands all over the area, pre-production, demo and full-length CD recording, and audio restoration. All while paying the bills with his full-time gig as an auto mechanic.

"A lot of people know me from Parr Auto," he said. "I don't think a lot of people outside of the musical circles know about Parr Sound."

Parr said his mechanical skills transferred quite smoothly to the music recording business.

"They both involve a lot of electronics," he said. "And I have an analytical mind which helps with both."

He is currently working on mixing an album for Missoula-based country band County Line, with plans to start another album with So Long September later this summer. He has recorded five full-length albums, several movie soundtracks and mixed countless live shows with the Kent Curtiss Band.

He remembers once when he mixed an opening show for country star Chris LeDoux and things didn't go so well.

"I could tell you a hundred stories about that experience," he said with a laugh. "Needless to say, it was not a good day to be in my shoes. But sometimes things don't always go as planned: lightning storms, kids tripping over wires and pulling them out, buttons falling off. You just have to adapt and move on."

Parr has a professional quality recording studio complete with noise-absorbing drum and vocal rooms and a control station with the latest audio engineering software.

With his computer, he has mixed everything from opera to techno for a wide array of clients.

"I try to be as flexible as possible," he said. "I'll work with anyone. I just try to provide that spark, that boost, to help them achieve what they want in the studio. My job is to help them get the most out of their time here."

Parr said that recording a CD for a band can be an unbelievably time-consuming process.

"Some of them take two years to complete," he said. "Everybody has other things going on, you know, and it just takes time. But it's worth getting it right, so I always tell people to set aside as much time as they can. Then I have some bands, like County Line, that lay it down in one take. You never know."

Parr said that the job of a sound engineer is to walk the fine line between being a technician and an artist.

"A lot of sound guys are very technical," he explained. "They are very good at what they do, as far as the technical side of things. But they might not really get the feel, or the artistry, of the music. And a lot of artists and musicians of course have the feel, but they may not be as good with the technical side of it. So I have to try to blend the two together, and hopefully I'm able to do that."

Parr said the most important part of the recording process for him is to make sure everyone is having a good time.

"I always tell people before we start recording that we should always be having fun," he said. "That's why I do this. And I really believe that the music will be better if we're having fun."

Indeed, Parr has smiley faces posted all over his studio, with the words "We want vibe" underneath, to serve as a reminder of the purpose.

The job of any recording engineer, Parr says, is to bring out the best of the musicians.

"I try to provide the spark," he explained. "I will give my advice, I try to encourage them or maybe give them some suggestions. I have a good friend in the business from Nashville who told me that getting good sound quality is the most important thing, because you can't fix bad audio on the computer."

Parr said he isn't planning on getting rich from recording music anytime soon, but it fulfills him in other ways.

"A lot of times I don't charge people for the entire time they are here," he said. "I don't want the musician to be stressed out. It's all about having fun. And I am having fun and I feel blessed that I can do this."

A 58-hour standoff with an armed man barricaded in his Corvallis home ended Wednesday night after the man shot himself and his dog.

A Corvallis man trained as an MMA fighter faces charges he strangled a woman and assaulted a child.

A Hamilton man who allegedly strangled a man and stole his pistol allegedly told an officer he did so because he felt disrespected.

A well-known Bitterroot Valley climber and outdoorsman died Saturday after falling about 1,000 feet down a steep, ice-covered slope.

It’s been 29 years since Jay Meyer started hosting a farm fair for fourth-graders in Stevensville.

Robert Parr, of Parr Sound, at the control station of his Yellow Sea Horse Recording Studio in his home on the Eastside Highway in Corvallis.

Robert Parr said the most important thing to remember in the studio is to have fun.