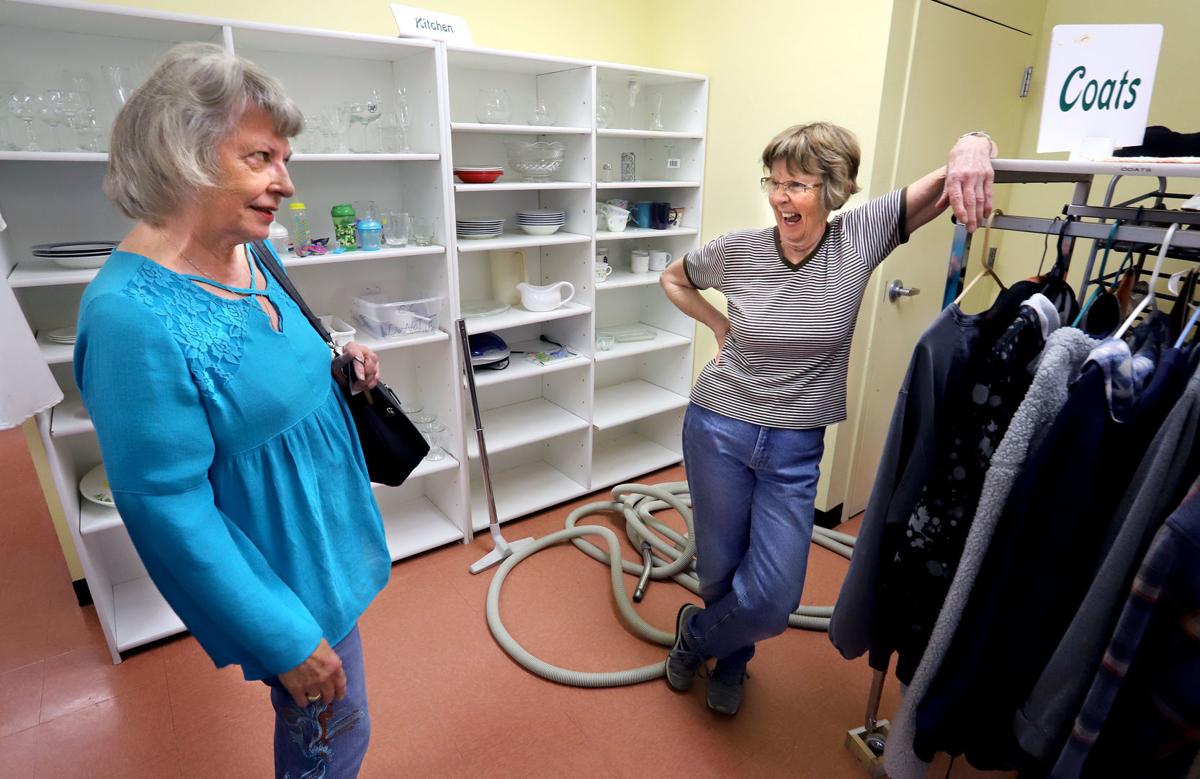 Leaning up against the coat rack, Arlene Halfhide shares a laugh with Clothes Closet board member Lois Hansen shortly after Halfhide was presented with the Pic Potter Memorial Award Thursday. 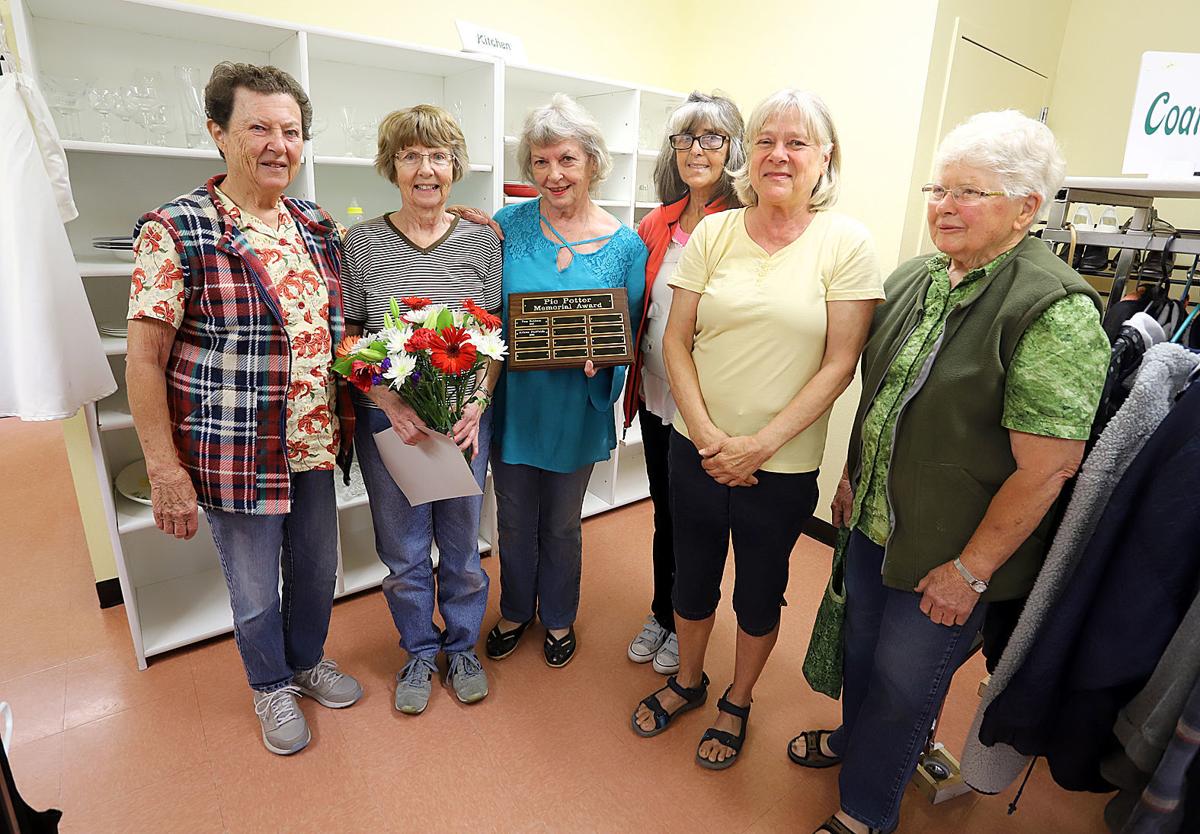 Leaning up against the coat rack, Arlene Halfhide shares a laugh with Clothes Closet board member Lois Hansen shortly after Halfhide was presented with the Pic Potter Memorial Award Thursday.

Stevensville’s Clothes Closet is one of those places that’s just overflowing with unsung heroes.

For more than 30 years — at three separate locations — the community-based nonprofit has been the place where people in need turn to put clothes on their back, linens on their beds, and kitchen utensils in their cupboards.

And none of it costs them a dime.

Since its beginning, the place many call “The Free Store” has depended both on the generosity of the community to donate items and the big hearts of the many dedicated volunteers who spend long hours sorting through bags of clothes and other donated items to put on the racks and shelves.

On Thursday, some of those volunteers gathered to celebrate one of their own.

In a surprise presentation, the nonprofit’s board of directors named Arlene Halfhide as the second recipient of the Pic Potter Memorial Award.

Pic Potter was among the original volunteers who helped set up the organization and then spent nearly 30 years ensuring that it endured.

“My mom was obsessed with this place,” said Nancy Lowell, another longtime volunteer. “Even when she was in the nursing home, she was doing what she could to help out.”

“Pic died about a year ago,” said the nonprofit’s board chair, Molly Hackett. “She was instrumental in getting the Clothes Closet started and worked really hard to ensure that it kept going. We all thought it was a nice way to remember her and all her contributions.”

The award is set aside to the person who contributed the most to the Clothes Closet over the past year.

Considering all the people who give so freely of their time, being selected is quite an honor.

On Thursday, Halfhide had no idea what could be so important that she needed to be at the Clothes Closet at 10 a.m. sharp. She normally drops by after wrapping up another cleaning job that morning.

“I really didn’t know what was going on,” she said. “All I knew for sure was that Molly said I needed to be here at 10 so I went into work early.”

She was met by a room filled with smiling board members and volunteers who presented her with a certificate and the plaque that would soon be engraved with her name.

Ever since the Clothes Closet moved into its new building on Burnt Fork Road, Halfhide has faithfully volunteered to keep it clean.

Hacket said the staff learned quickly that a clean building made all the difference in the success of the whole enterprise.

“We learned early on that if this place is even in the least bit messy, people will just dump stuff on the floor,” Hackett said. “They behave in an entirely different way when this place is clean and tidy.”

For the last eight years — ever since the Clothes Closet moved into its new building on Burnt Fork Road — Halfhide has made a habit of being there every week like clockwork to give the place a good cleaning.

“She’s one of those unsung heroes,” Hackett said. “Nobody notices because she’s often here by herself. She never has to be asked to come. She just does what needs to be done because it needs doing. She’s the kind of person who deserves recognition but doesn’t get it.”

“There are lots of people who don’t think of what it takes to keep this place going,” Hackett said. “Arlene is a very important part of that. We all wish there were more people in the world like her.”

Halfhide grinned as they presented her the award and gathered up hugs from almost everyone present.

As the surprise party headed toward its end, she patiently watched them all go.

“I have to wait until everyone gets out of here so I can start vacuuming,” she said, with a smile.

An upgraded driveway at Hamilton's Daly School blocks access to a couple's garage.