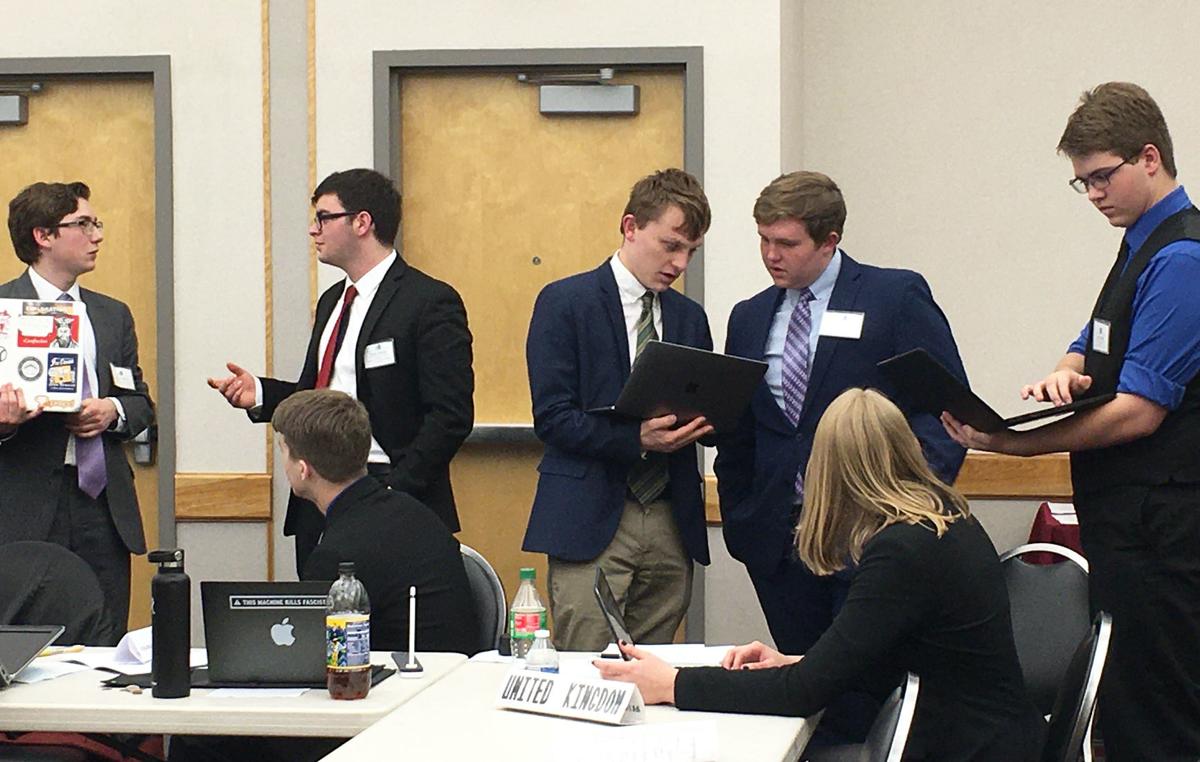 Students at the 2019 Model United Nations convention met to role play other countries learn critical thinking skills and experience politics and communications on a global level. 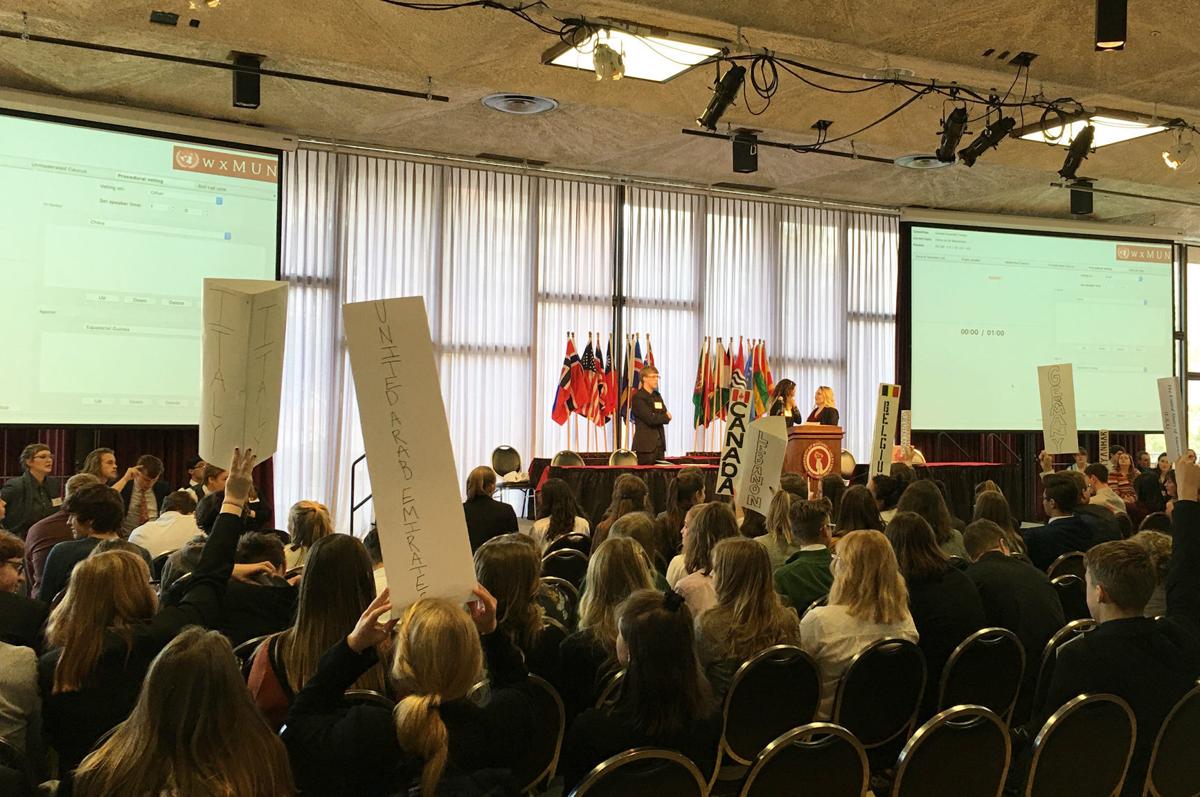 Students from across Montana participated in the 2019 Model United Nations convention held at the University of Montana, Nov. 25 and 26. 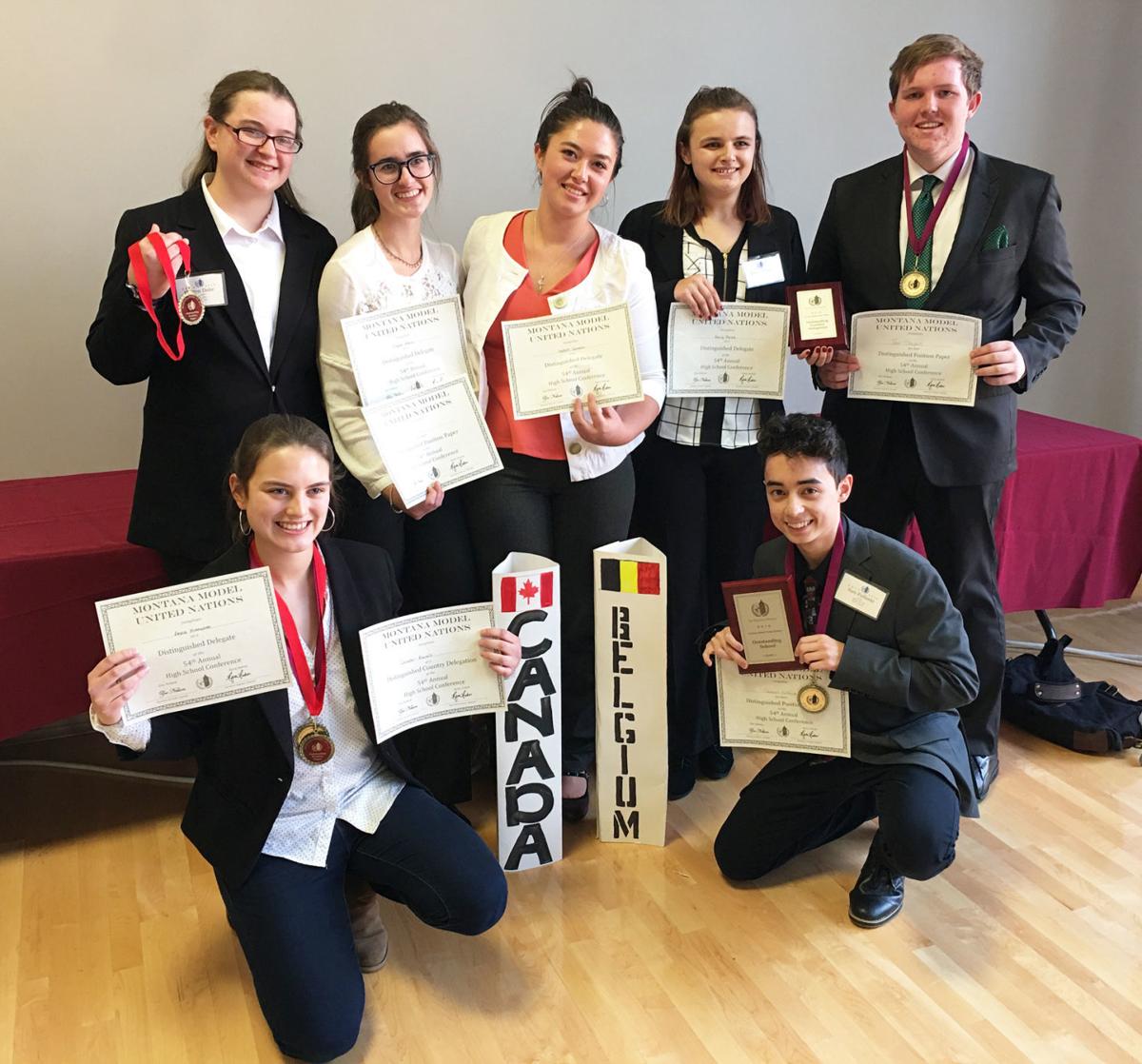 Homeschool students at the 2019 Model United Nations convention held at the University of Montana on Nov. 25 and 26. The Ravalli Homeschool group received the Outstanding Small School Award. 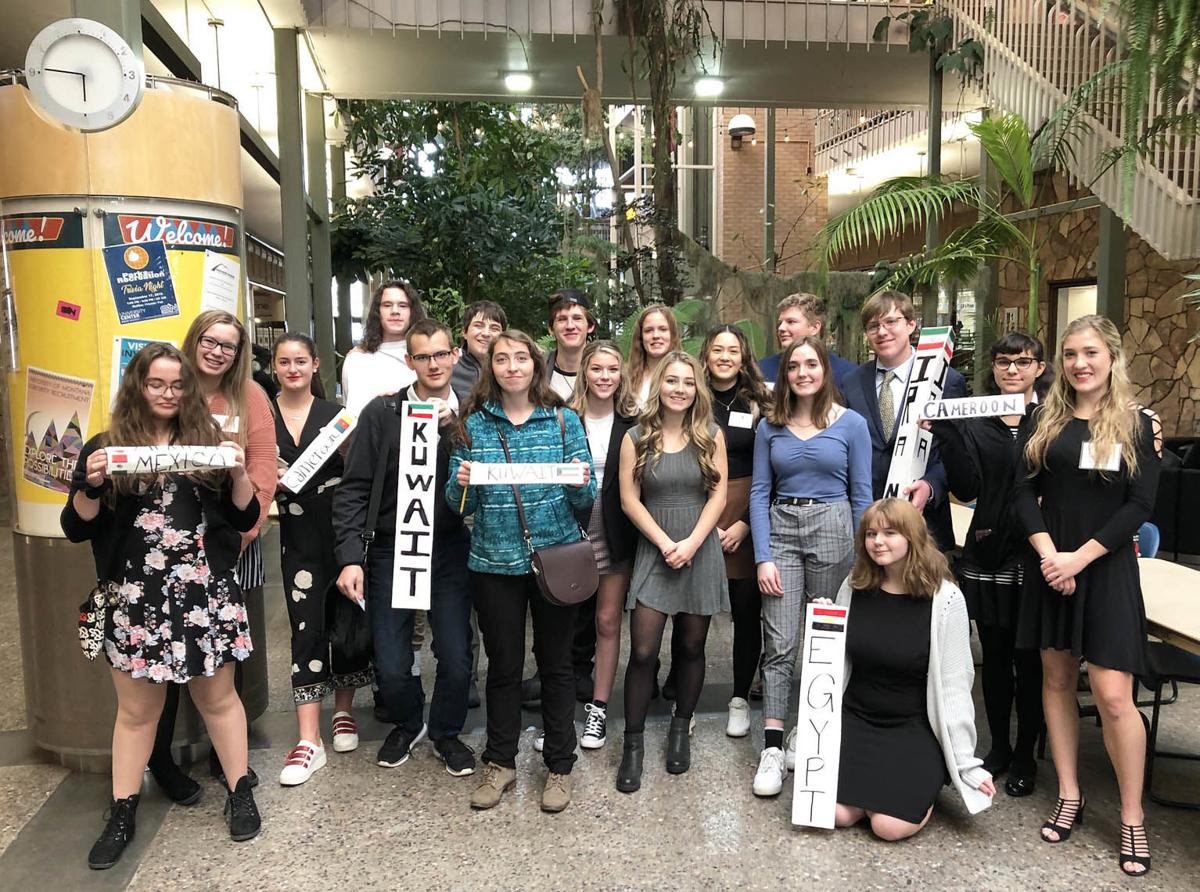 Students at the 2019 Model United Nations convention met to role play other countries learn critical thinking skills and experience politics and communications on a global level.

Students from across Montana participated in the 2019 Model United Nations convention held at the University of Montana, Nov. 25 and 26.

Homeschool students at the 2019 Model United Nations convention held at the University of Montana on Nov. 25 and 26. The Ravalli Homeschool group received the Outstanding Small School Award.

“Students gain an understanding of effective modes of communication, diplomacy, and collaboration while addressing major global issues and the distinctives of other countries,” said Tanya Horat, Ravalli Homeschool group advisor. “They also refine their research and writing skills as they compose a position paper representing a country and topic that is assigned to them.”

In preparation for the convention, Horat and Holly Shupert met weekly with a group of seven homeschool students for practice of speaking skills, training in parliamentary procedure, research and collaboration on possible resolutions to global issues.

Their hard work paid off and the homeschool students came home with numerous awards including: top 20% “Honorable,” top 10% “Distinguished” and top 1-2%.

“It was definitely a steep learning curve for the advisers, Chad DeLong and myself,” she said. “One of our main goals at Hamilton High is getting students involved. When students are involved in sports or academic extra-curricular activities we notice increased positive behavior and academic success in the classroom. We also want to give our students an array of experiences that will make them successful in their next step of life.”

At a Model U.N. competitions, teams are given a country and two topics. They research their country’s stance on those two topics, prepare a position paper stating that stance and then initiate dialogue with other nations. Delegates make speeches about the topics and what actions their country would like to see the U.N. take to ensure that it is beneficial to all. Students collaborate with other delegates, craft resolutions and pass measures to be carried out by the assembly.

“Although initially timid, our Model UN delegates jumped right in with both feet,” Nisly said. “Our students were successful in learning parliamentary procedure quickly. Some even became the leader in their assembly of 20 to 40 students to co-sign resolutions and ensure they had enough signatories to get them heard by the larger MUN assembly.”

Nisly credits upperclassmen, Holly Mahon, Logan VanDenburg and Charlie Passey, with taking initiative to make the most of the experience.

“We are hoping for even more success next year now that we have mastered the basics and our students know what to expect fully,” Nisly said.

“Our guest speaker was Michael Punke, who wrote ‘The Revenant’ and worked for the U.S. government as an ambassador to the World Trade Organization, he is currently a vice president for Amazon,” Gideon said. “Seth Bodnar, the President of the University of Montana, gave opening remarks.”

“Examples are international cooperation for the peaceful uses of outer space, nuclear disarmament, eliminating violence against children and sustainable development,” Gideon said. “Students prepared by writing position papers on two topics, then as a group they worked on making solutions and writing a resolution.”

Darby students shared their impressions of the two-day event.

Junior Nolan Bumgardner, Kuwait-UNICEF, said, "I liked meeting all the people and listening to what they thought about all the problems.”

“I thought that they were very interesting, it was really cool to see a bunch of people who were passionate about government,” Rennaker said. “I learned a lot more about what we can do as a nation to be more sustainable.”

“I mainly learned just how the overall process works, made a couple friends there,” he said. “Most of it you can read on beforehand, but it was actually doing it which made it fun and cool.”

Montana made movie to be shown in Hamilton

Enjoy a Montana Film Festival Road Show screening of “Mickey and the Bear” at the Pharaohplex movie theatre in Hamilton on Wednesday, Dec. 17.

“Mickey and the Bear” is a coming-of-age movie made in Montana and will be shown at 7 p.m. on Wednesday, Dec. 17, at the Pharaohplex Cinema movie theater, 582 Old Corvallis Rd, just north of Hamilton.

It is rated R for substance abuse, language throughout and some sexual material.

“It’s a nice little film, it is really good,” Komar said. “It is not for children but okay for a mature young person because it ponders tough issues.”

Stay in the game with our High School Sports newsletter!