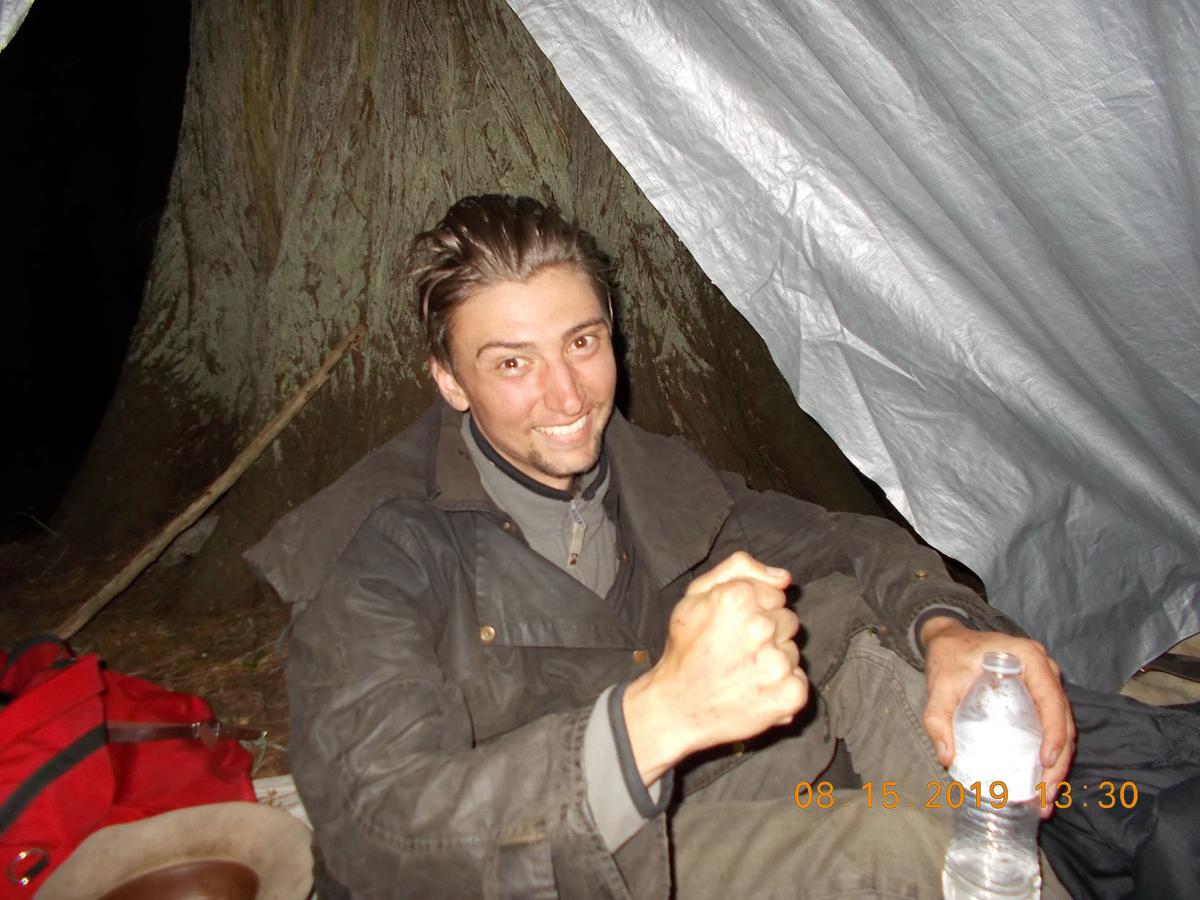 Kaden Laga of Orem, Utah, flashes a smile after being rescued following a five-day ordeal of being lost in the Selway-Bitterroot Willderness. Laga got lost after he volunteered to walk when a horse on a family pack trip went lame. The horse was later put down. 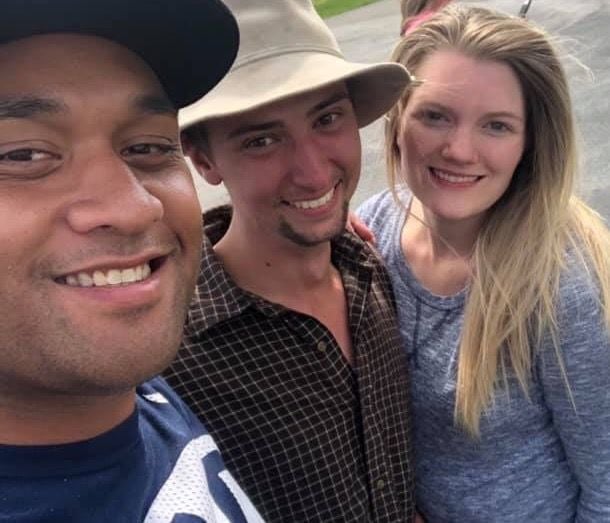 Kaden Laga (center) with his wife and friend after being found.

Idaho County Sheriff Doug Giddings said Thursday his office will not investigate the death of a horse in the Selway-Bitterroot Wilderness after the same pack trip saw a Utah man go missing for five days.

“We have no interest in that,” Giddings said. “We are not interested in the horse issue at all.”

The horse was one of five used by the Laga family two weeks ago as part of an annual pack trip into the wilderness. After it began to struggle halfway through the journey, the family stripped it of its gear and attempted to lead it out to the trailhead.

When it refused to go any farther, the family said they had removed its halter and left the horse in an area where there was both grass and water nearby.

Kaden Laga, 25, ended up lost for five days after he left the party on foot. Laga was found alive last Friday.

Since then, there has been a good deal of concern expressed on social media about the horse that had been left behind after it refused to continue to move about 16 miles from the trailhead.

The family later sent in a friend, who is a longtime packer with veterinary experience, to find the horse in an attempt to recover it. The horse was put down.

“If they decided it was necessary to put the horse down, that’s legitimate,” Giddings said. “If they gave someone permission to do that if it was necessary, it’s their horse and their call.”

Ravalli County Sheriff Steve Holton said since the incident occurred in Idaho, his office wouldn’t have any jurisdiction.

“In Montana, a cruelty to animal charge can be brought for failure to give veterinary care, but there’s no way to get care by a veterinarian when you’re 16 miles in. We are not looking into anything. … It’s not like they took a starving horse up there.”

Giddings said his office has been hearing all sorts of different conspiracy theories about the case of the lost man.

“We’ve looked at all of that and we’re good,” he said. “It’s the same old story with people saying what might have happened. The sky might fall, too, but it hasn’t. … It’s people talking about things that they don’t know anything about. They don’t have a dog in the fight, but they’re just hanging around looking for something.

“Our part in this is done,” Giddings said.

Just before he left for a three-day horse pack trip into the heart of the rugged Selway-Bitterroot Wilderness, Kaden Laga made his wife a promise.

A man lost in the rugged Selway-Bitterroot Wilderness has been found.

Teams of searchers continue to seek a 25-year-old Utah man missing since Sunday in the Bitterroot-Selway Wilderness above Twin Lake on Thursday.

The Linda Massa Youth Home received a new swing set from Zootown Church in Hamilton and Ravalli Electric Co-op this summer. It was a welcomed …

Quick action from three volunteer fire departments kept a Hidden Valley home from burning completely to the ground Sunday, but the homeowner s…

The Ravalli County Commission will ask the Montana Department of Transportation to place a traffic light at Bell Crossing on U.S. Highway 93.

Kaden Laga of Orem, Utah, flashes a smile after being rescued following a five-day ordeal of being lost in the Selway-Bitterroot Willderness. Laga got lost after he volunteered to walk when a horse on a family pack trip went lame. The horse was later put down.

Kaden Laga (center) with his wife and friend after being found.