Q: Can I plant potatoes yet?

A: Yes. And if you have never eaten new potatoes fresh from a garden, you have missed a real treat. They are different from anything available in a store.

Spring frosts should be over before the first potato leaves break through the ground. Some gardeners plant potatoes very early, knowing that having frost kill the leaves will not kill the whole plant. Although that is true, I have found that stressing the seedlings with the death of even one leaf is counterproductive. Occasionally I have planted potatoes at the beginning of May, inside walls of water. While that is successful, I have not found that it was worth the extra work.

I now plant potatoes in the middle of May, knowing that the soil will be warm enough for the potatoes to sprout quickly. Even so, it will be ten days or two weeks before green leaves appear. The sprouts have to grow long enough to reach the soil surface.

I plant just one piece of potato where I want each plant. The insurance policy of planting two pieces together does guarantee no empty spots, but at a price. The shoots usually are crowded, and that means too many small potatoes instead of a reasonable number of large ones.

I look carefully at the pieces I cut before planting them. I aim for a chunk about the size of a golf ball. Having read that blocky pieces grow better than pyramid-shaped ones, I always cut the seed potatoes into rough cubes. I have never made a controlled study, so I do not know whether it matters.

The kind of eye to sprout on each piece does matter. Plants seem to grow best from an eye with one or a few healthy sprouts, not from an eye which is trying to start half a dozen sprouts. Those eyes seem to produce a plant with many stems, none of them strong.

I plant seed potatoes four inches deep and fill the hole completely after planting. If the eye is on top of the piece, fine. But the sprout knows which way is up. If the sprout is on the bottom, it will grow around the seed piece and shoot upward toward the surface.

I try to remember to check potato plants in midsummer, to see if any new potatoes are pushing through the surface. If they are, I scoop some dirt over them. Light on developing potatoes leads to the familiar green spot and bitter taste from the alkaloids created by light. New potatoes will grow at the same depth or closer to the surface than the original piece, but never deeper. As long as the seed potato is planted four inches deep, I rarely have a problem with light.

I am rigorous about crop rotation of potatoes, because scab is common in this area. Scab does not kill potatoes, but the disease certainly does disfigure tubers. It leads to considerable waste when the potatoes are peeled. I buy scab-resistant varieties, but I know that the scab organism lives for many years in the ground. That knowledge makes me careful to keep moving the spot where potatoes are planted.

The history of potatoes as a food crop is a history of conservatism triumphing over experimentation. Native to South America, potatoes traveled to Europe with the Spanish conquistadors in the 1530s, but they were eaten only by some members of royalty. Two hundred years later, famines in Europe finally illustrated the value of potatoes as food. Potatoes had been rejected earlier for several reasons. The varieties which grew so well in the Andes, near the Equator, did not produce as well in the variable day length of Europe. New varieties had to be developed for higher latitudes.

Some European clergymen insisted that if God had intended men to eat potatoes, they would have been mentioned in the Bible.

Potatoes belong to the nightshade family, and some other family members are poisonous. Therefore, potatoes came to be associated with witchcraft.

Finally, a series of bad crop years pushed some European governments to encourage potato growing, to protect people from starvation. In France the king’s minister resorted to psychology to persuade hungry peasants to try the new food. He planted a field of potatoes which belonged to the king, and he posted armed guards all around the perimeter of the field. Finally, when the potatoes were mature, he removed the guards one night. All the potatoes were stolen and eaten.

Q: I have been reading about how bad lawns and standard lawn care are for the environment. I think that I should not be using fertilizer and weed killer on my lawn. But how can I avoid them? I don’t want to live in a weedy field.

A: Grass cut short may not be the ideal home for birds and pollinators, but most of us like to look at a lawn. And grass is far better for the environment than paved surfaces. All those green blades are sequestering carbon, for one thing.

For healthier lawn care, try some organic principles. First of all, accept a mixture of low-growing plants among the bluegrass. For some years now I have been experimenting with just that. I allow attractive garden plants to grow in the lawn wherever they seed themselves. I now have patches of several kinds—bugle, violets, cowslips, and clover are the most successful and the most attractive. (I like the plain green bugle better than the variety with maroon streaks in the leaves.) This year I am going to transplant a few patches of creeping veronica into the lawn and see how they do. The bonus is that these low perennials never need mowing.

I do not like either dandelions or medic, so I remove them. After a few years of preventing their seeds from maturing, I now have few of those weeds to deal with. I use the principle of starting with the least harmful solution, which also is the least work. I often begin by removing just the flowers of any weed, either hand picking or running over the area with a string trimmer, depending on the size of the weed patch. Most weeds—even perennial ones—spread primarily by seed.

When weed numbers decrease to a manageable total, I cut weeds at the crown. I never try to remove the whole root. At the same time, I do not fertilize. Grass does not need rich soil, but weeds love it. If a spot looks thin, I add a scattering of compost. I use a mulching mower to return all the nutrients from grass clippings to the soil.

I try to be patient with gradual lawn improvement. It did not all happen in one year.

Ravalli County Public Health reported six new COVID-19 cases in the county after tests were confirmed by the state lab as positive, bringing the total in the county to seven.

The man, between the ages of 50 and 60, had shown symptoms and a "rapid test" was positive for the virus, according to the 11:30 a.m. news release.

On Wednesday morning in Ravalli County District Court, Logan Dallas Christopher admitted to killing the mother of his children, his own mother, and attempting to kill his father on March 10.

What's open, what's not on the Bitterroot Forest

Memorial Day weekend marks the traditional kickoff of the summer season. The 1.6 million acre Bitterroot National Forest offers unmatched recreational opportunities. Stay safe, use your patience and pack everything out.

STEVENSVILLE  -  Kathryn Marie (Frazier) Street, of Stevensville, passed away on Monday, May 18, 2020, from melanoma cancer. She is survived b…

Homestead Organics owners Henry Wuensche and Laura Garber had the “winter adventure of a lifetime” in Europe and returned via a slow boat from Germany. 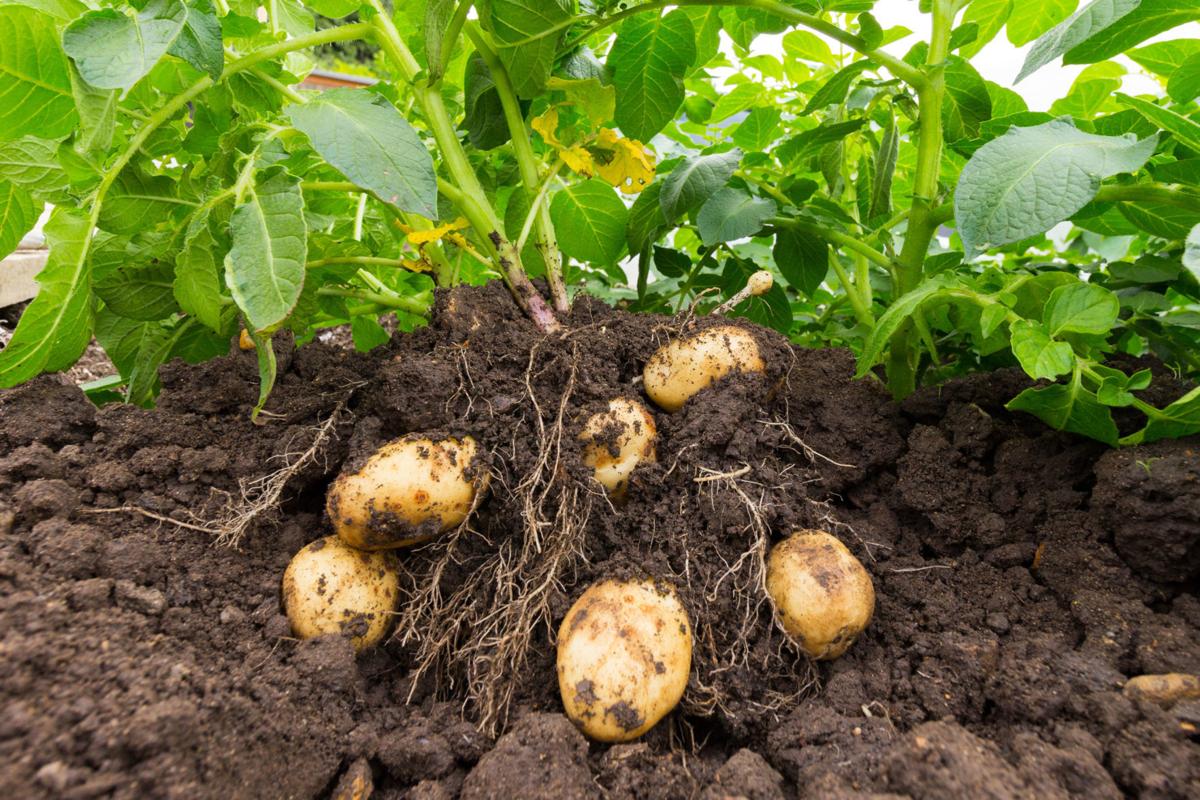 Spring frosts should be over before the first potato leaves break through the ground. Waiting until mid-May ensures that the soil will be warm enough for the potatoes to sprout quickly.