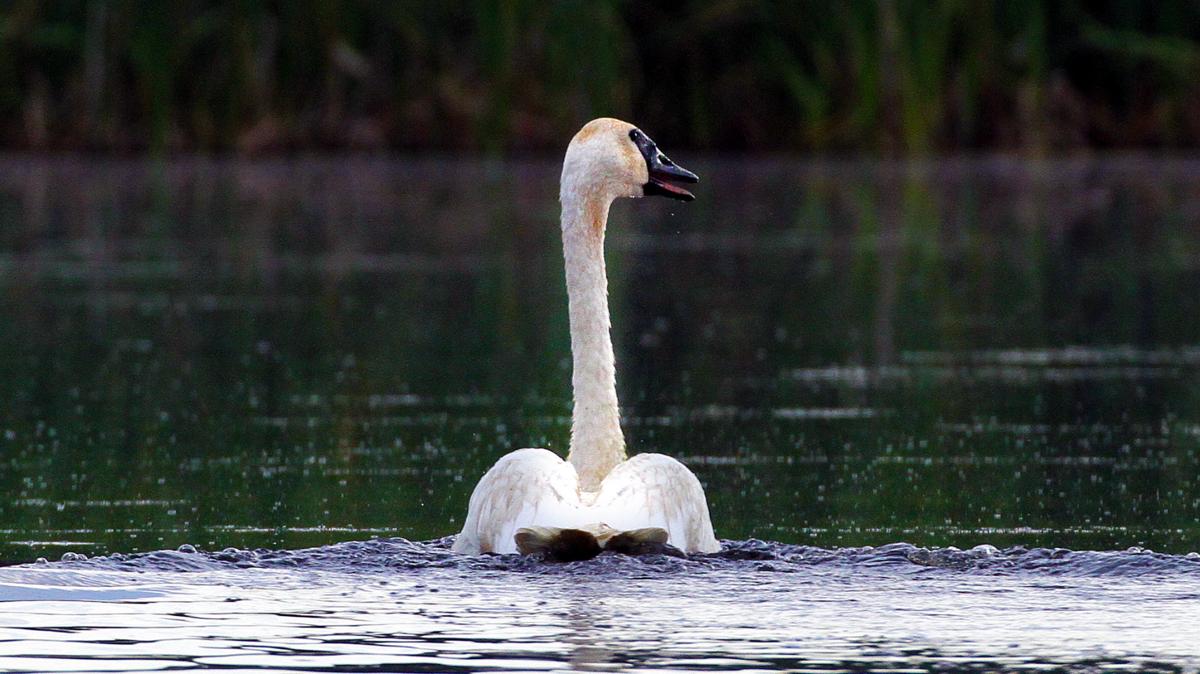 One the two swans raising a pair of cygnets on a remote pond on the Lee Metcalf National Wildlife Refuge keeps an eye out for trouble on a recent morning after hiding its young in the thick stands of nearby cattails. 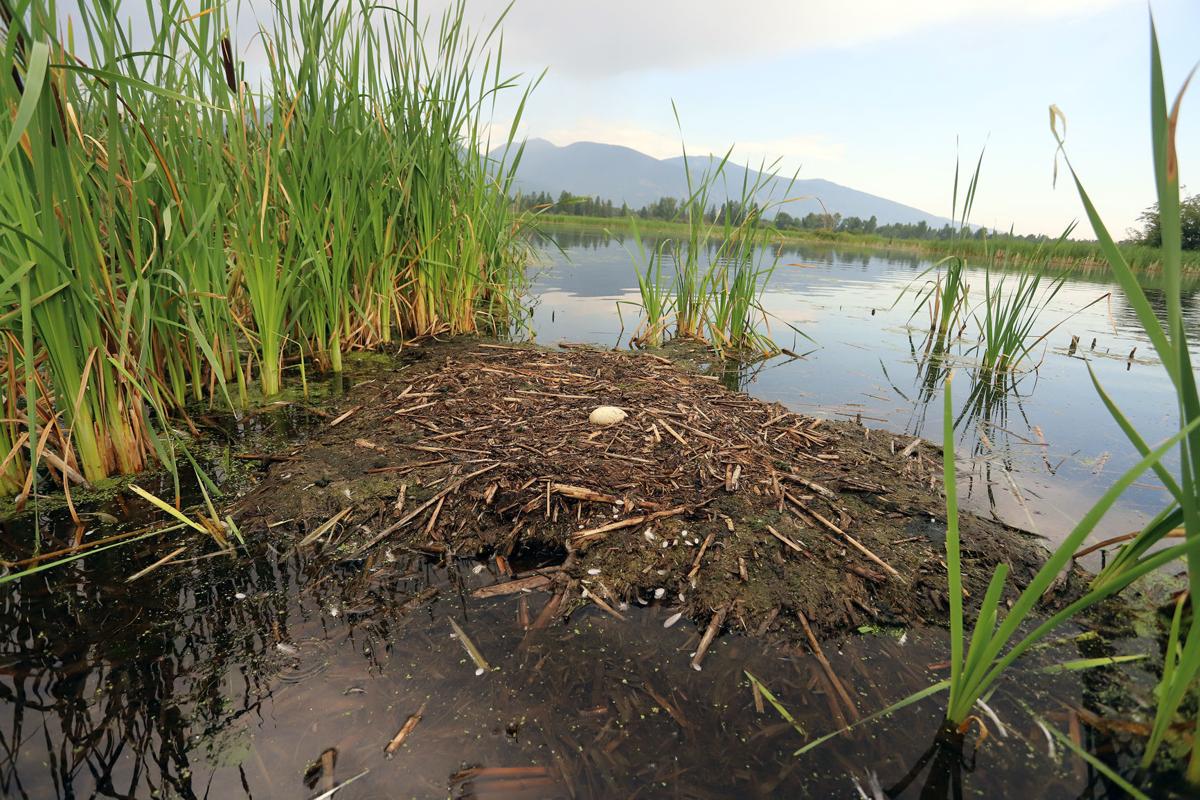 Not all the trumpeter swans' eggs hatched this spring atop a muskrat lodge on the Lee Metcalf National Wildlfie Refuge. The swans did manage to hatch two of the three eggs and that pair of cygnets are doing well.

Lee Metcalf National Wildlife Refuge’s Tom Reed spotted the two cygnets with their parents Friday on one of the refuge’s remote ponds.

Hatched sometime in mid-June, the cygnets are now nearly twice the size of an adult mallard and their drab white baby plumage is being replaced with feathers that look gray.

“They are still flightless, but they are getting stronger and bigger every day,” Reed said. “The weather isn’t going to impact them now like it would have a month ago. A big hail storm isn’t going to crush them.”

The biggest danger now is mammalian predators and disease.

Later in September, there’s also a reason to worry that a duck hunter might misidentify the swans as something else. In four consecutive Saturdays last year, hunters illegally killed either a trumpeter or tundra swan on the refuge north of Stevensville.

“They are probably a month away from flying,” Reed said. “Once that happens, their biggest danger is probably human … When they start to fly, they are going to be gray and gangly and vulnerable. They will be flying low over any marsh and be naïve to the fact they might get shot.”

“It’s not hard to know that you’re looking at a swan in flight,” Reed said. “There’s nothing else on earth that looks like it. They have a super elongated neck and their wings are set back. Nothing looks like a trumpeter in flight.”

The cygnets are the first documented wild trumpeter swan cygnets hatched in the Bitterroot Valley since restoration efforts began decades ago to bring the huge majestic birds back from the brink of extinction in the lower 48 states.

If the cygnets and their parents survive, there’s a good chance that the Bitterroot Valley will become part of that well-documented conservation success story.

“If nothing happens to the cygnets, the hope is these same parents will look to return to the refuge again next year because they were successful,” Reed said. “That is something that will drive them to come back and try again.”

If one or both of the cygnets are female, they too might return to the Bitterroot Valley when it comes time for them to breed in about four years.

Reed worked with trumpeter swans for years when he served as the manager of the Red Rocks Refuge in Montana’s Centennial Valley. He said they worked with swans that were in their late 20s.

“They are longest lived waterfowl,” he said. “They are known to live beyond 33 years in captivity. There could be cygnets here in the Bitterroot for years to come.”

A Hamiton man with a history of sexually assaulting children was charged Monday with felony sexual assault involving an 11-year-old girl.

A search continued Tuesday in backcountry above Twin Lakes for a Utah man who went missing Sunday.

Having faith: Missoula woman recovering after being struck by lightning at Painted Rocks

It began as the end to a perfect Montana day at the campground at Painted Rocks Reservoir for a Missoula woman, her family and friends.

Teams of searchers continue to seek a 25-year-old Utah man missing since Sunday in the Bitterroot-Selway Wilderness above Twin Lake on Thursday.

Rachel Burk has always had a soft spot for cats.

One the two swans raising a pair of cygnets on a remote pond on the Lee Metcalf National Wildlife Refuge keeps an eye out for trouble on a recent morning after hiding its young in the thick stands of nearby cattails.

Not all the trumpeter swans' eggs hatched this spring atop a muskrat lodge on the Lee Metcalf National Wildlfie Refuge. The swans did manage to hatch two of the three eggs and that pair of cygnets are doing well.