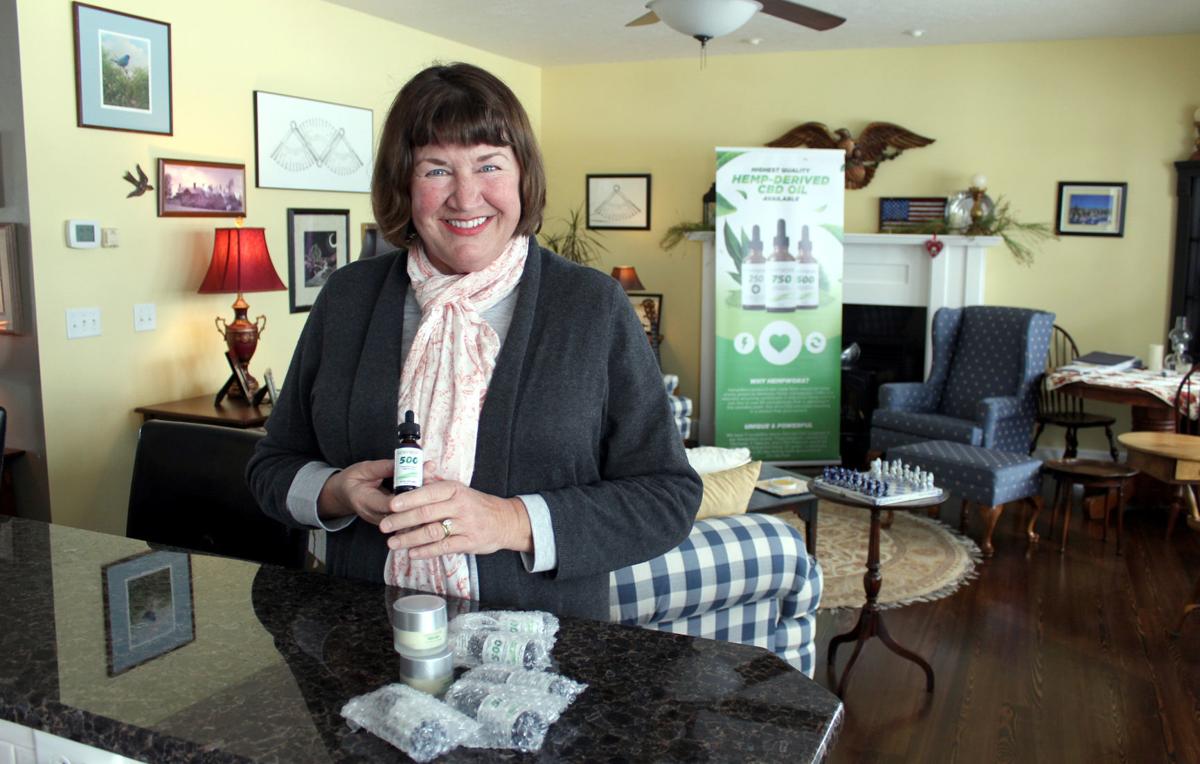 Kate Royce sees herself on a mission to help people with their CBD needs. “’Friends don’t let friends use poor oil,’” Royce said. “It is not illegal, it is safe. I am not just moving stuff. I want to know how people are, it’s a neat experience to be able to help people.” 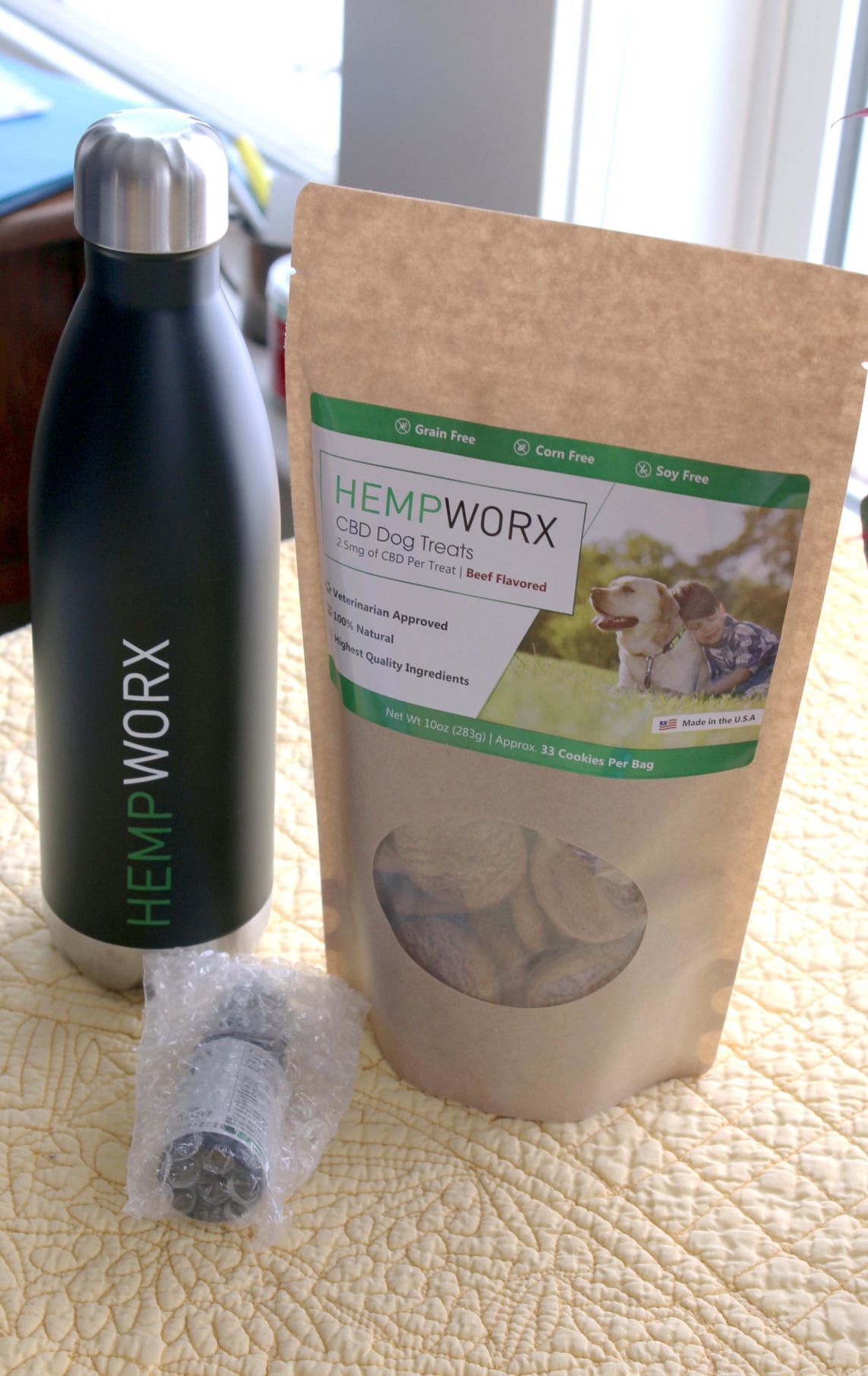 The HempWorx line of products include pet treats.

Kate Royce sees herself on a mission to help people with their CBD needs. “’Friends don’t let friends use poor oil,’” Royce said. “It is not illegal, it is safe. I am not just moving stuff. I want to know how people are, it’s a neat experience to be able to help people.”

The HempWorx line of products include pet treats.

Kate Royce sells HempWorx products from her Corvallis home and online after a long journey of research and discovery.

“As we noticed up and down the valley it says CBD every couple of miles,” Royce said. “I thought, ‘What in the world is going on?’”

She researched what it is, how it is used and why there is such a large increase of sales outlets.

She began with negative connotations that she attributed to her high school years in the 1970s.

“Then, I called them ‘headshops’ and now they are called dispensaries,” Royce said.

In her research she found the history of industrial hemp including that it dates back more than 10,000 years, America’s founding fathers wrote on hemp paper and the Marijuana Tax Act of 1937 prohibited all cannabis.

“In 1937, the Marijuana Tax Act was implemented and Randolph Hearst, Andrew Mellon and the DuPont family had a tremendous influence in passing this tax,” Royce said. “Hemp is strong and cheap for paper versus the Hearst paper pulp from trees. These fellows were able to create an anti-industrial hemp climate and the government agreed on it. Prior, everyone grew it and it grew wild.”

Royce said that hemp is from the same genus as it’s “wild cousin” marijuana but is different in use.

“Hemp has all these great attributes, but marijuana is grown for its THC properties,” Royce said.

Tetrahydrocannabinol (THC) causes the sensation of getting “high” that is often associated with marijuana.

“It does have a trace of THC in it, but it doesn’t have the psychoactiveness that is found in its wild cousin,” Royce said.

She spent months researching the history, use and need when she came upon research done at a university in Israel in 1992.

“They discovered the molecular make up of cannabidiol, CBD, and they realized that it has been missing from our diets since 1937,” Royce said. “Back in the old days it grew wild everywhere, our cattle ate it, so we got it naturally in our milk and in our beef, our chickens loved the seeds, so we got it naturally in our eggs and poultry. Our food chain was rich in CBD.”

Royce said that the Israel researchers have found trillions of CBD receptors inside our bodies that are dry and waiting.

“When they took it away we’ve been starved for decades,” Royce said. “It feeds our receptors at a cellular level. We are made to receive this and it has so many benefits for our health.”

When Royce drove up and down the Bitterroot Valley to study what is available locally she read the ingredients on the bottles and became alarmed.

“There were all these fillers — that are man-made synthetics,” Royce said. “I had to wonder if anyone made pure CBD oil, because I know it is possible. If this is made for our bodies, we don’t need false carriers to get it into our bodies.”

She only allows truly organic wholesome food in her diet. She looked online and found CBD available but with no way to trace what the ingredients are.

“By fall I realized it’s the wild west,” Royce said. “Nobody is keeping an eye on who is making what. People are making topicals but what is in them? Now I’m nervous for humanity, I have to find pure.”

Royce said that in her life she has had over 15 surgeries, been taking pharmaceuticals for over 30 years and was ready for a change. Her research led her to the U.S. Hemp Authority.

“They started a round table in the 1990s to ease up the government’s restrictions on industrial hemp, so we can have CBD in our lives,” Royce said. “For years and years, they lobbied and then it went through.”

“The U.S. Hemp Authority is very strict on who can receive their seal of approval,” Royce said. “They created a test that everyone has to pass. It’s not just about the hemp oil, it is also about the facility that they process it in, it is about the cleanliness, keeping an eye on employees.”

In her research she found the only company that has the U.S. Hemp Authority seal of authority.

“I’m ecstatic and now I’m saying, ‘friends don’t let friends use poor oil,’” Royce said. “I have adopted that as my motto and I’m on a rescue mission because I just hurt thinking what people are ingesting.”

Royce said HempWorx has partnered with the FDA approved laboratories, has third party testing and has earned the U.S. Hemp Authority seal.

She said it is safe for everyone.

She sells HempWorx out of her home or online. She has a variety of products under the HempWorx label including drops, topical pain rub, anti-aging cream, and products for dogs and cats. The normal oil has 0.3 THC, full spectrum, but HempWorx also makes THC-free for anyone needing to pass a drug test or urine test.

“There are no fillers or synthetics and it is a quality product that you can trust,” Royce said. “I’m doing a bit of teaching with this product from medical clinics to support groups.”

Royce's goal is to become an expert on the CBD subject.

“I’m passionate about helping people,” she said. “My life has been all about relationships, I’ve been a songwriter for 38-years, I’ve got six albums and they are all to inspire people and get them to a much better place. I believe it will take someone with compassion and relationships to help people out of the situations they are in physically and emotionally.”

“I call CBD the bliss molecule,” Royce said. “It is not illegal, it is safe and has been called the most important medical discovery ever. I am not just moving stuff I want to know how people are, it’s a neat experience to be able to help people.”